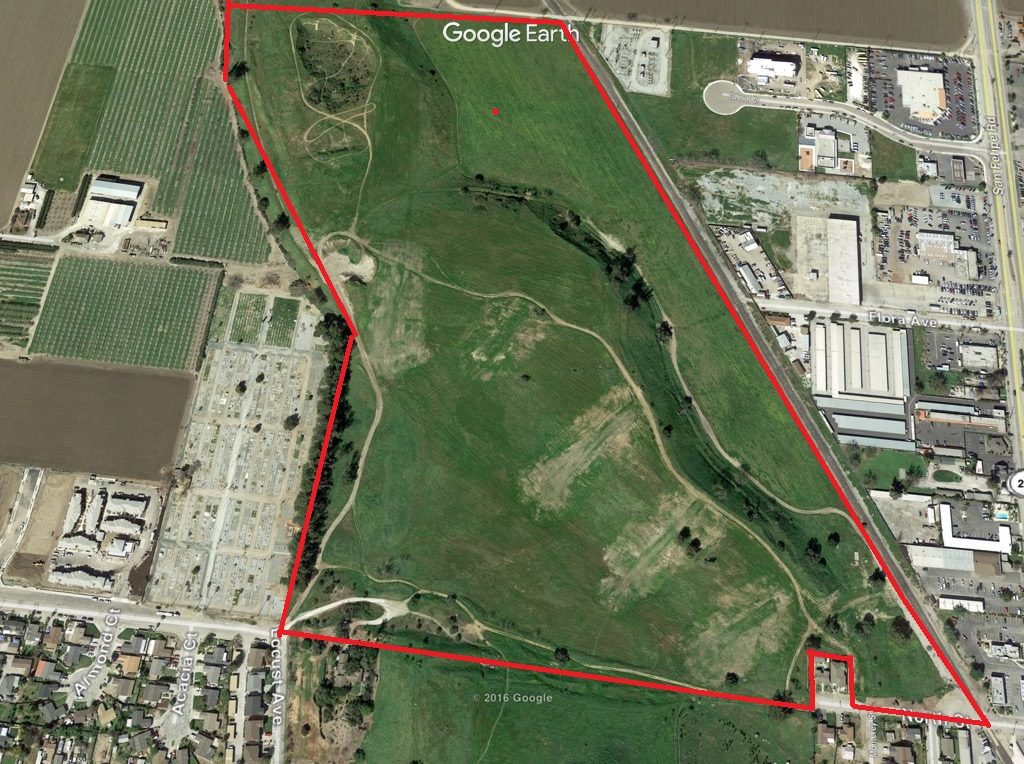 An 81-acre subdivision by De Nova Homes known as Allendale is one step closer to becoming a reality on the north side of Vista Park Hill in Hollister. This is the same project that Mayor Ignacio Velazquez took to Facebook last December to air his displeasure about. The difference, this time, is that residents may see relief in traffic congestion, even as the project moves forward.

The resolution that passed unanimously—the mayor recused himself because he works for a low-income housing builder—at the May 1 Hollister City Council meeting was for a reimbursement agreement to repay De Nova Homes for the cost incurred in completing the long-awaited North Road extension from San Felipe Road to Buena Vista Road. The resolution was an amendment to the General Plan to change the 81-acre Allendale subdivision from high-density residential housing to a medium-density residential performance overlay zoning district, as well as the adoption of an environmental impact report and mitigation, monitoring and reporting program that was approved at the Dec. 5, 2016 meeting where the mayor voiced his concerns.

David Rubcic, interim city engineer, told the council that completing North Street would have normally been a project paid for by the city. He said the city requested that the builder put the improvements in and the city would reimburse the costs.

Councilwoman Mickie Luna said she had seen a report from a private company outlining the costs and asked if the city had a similar report that detailed the same amount. Rubcic told her the city sets an estimated cost that the engineers will present back to the city. He said the city will examine the figures to make sure the costs are reasonable.

“We pay the actual cost for the reimbursement, so when everything is all said and done, they’ll bring us a request for repayment and the justifications, to include contracts, canceled checks, whatever may be that would show us they actually paid this money out,” Rubcic said. “As we have done in the past, we’ll come back to you with an actual cost of the reimbursement.”

Luna maintained she wanted to see a city report. Rubcic reiterated that the city reviewed the report to make sure it was correct and did not contain any abnormal costs.

“So, you did have the opportunity to review this report?” she asked. He told her he did, and then she commented, “When a development such as this is coming into an area of the city, I want to just say that I’m glad that Allendale has informed the public and it has had meetings to inform the public so questions and calls are not made after the fact when they see the development moving forward.”

Luna went to say that many who live on the west side of Hollister are looking at earth-movers and tractors, and that she has been receiving irate calls from residents declaring they did not know what was going on. She said it is a big plus when developers inform the public.

Councilman Ray Friend also thanked the developers for answering questions brought up at the Dec. 5 meeting concerning pricing, phasing in the project, and the reimbursing.

“I want to thank them for taking that time to provide answers in laymen’s terms on how this is going to progress,” he said. “I agree with this project. North Street has been on the books 25 years that I know of, and probably a long time before that. And to see because of this development we actually get it done is pretty cool. I think that’s going to do a lot to reduce our traffic on Fourth Street.”

Councilman Jim Gillio said he spent quite a bit of time researching the project because this was his first meeting. He echoed Friend’s comments, noting that there is a map in the City Hall lobby that shows North Street connecting San Felipe Road to the Calaveras Cemetery on the other side of the hill.

“It never happened, probably because we didn’t have the funds to get it done,” he said. “I appreciate, from what I can see, the developer doing this correctly and the fact that we’ll be able to afford to extend North Street. Another thing I was impressed with, I attended a Planning Commission meeting and noted the developer has gone above and beyond with the park structure within the development without seeking more reimbursement or funds. And there’s an affordable housing portion to this, with a three-stepped affordability range within the development.”

Councilman Karson Klauer asked how the reimbursement estimate compared to the TIF (Tax Incremental Financing) project estimates. Rubcic told him the project estimates were considerably less than TIF by a half to two-thirds as much of the total cost. Klauer asked if there were a management fee involved in the reimbursement process. Rubcic said he had not seen any indication that there would be a fee.

“I’d like to make a recommendation that we look at adding a lighted crosswalk somewhere along North Street,” Klauer added. “It is great that it looks like we’re going to be getting trails connecting this project to Park Hill, but you’re going to have a number of people, and probably a lot of kids, trying to get across this awesome new street, and if they don’t have a way to get across it just creates new problems.”

Rubcic told him that during the Planning Commission meeting the previous week, an item was added to address a crosswalk. He said he did not know exactly where it would be located, though, and that will depend on engineering evaluations.

There were no public comments and the council passed the resolution.