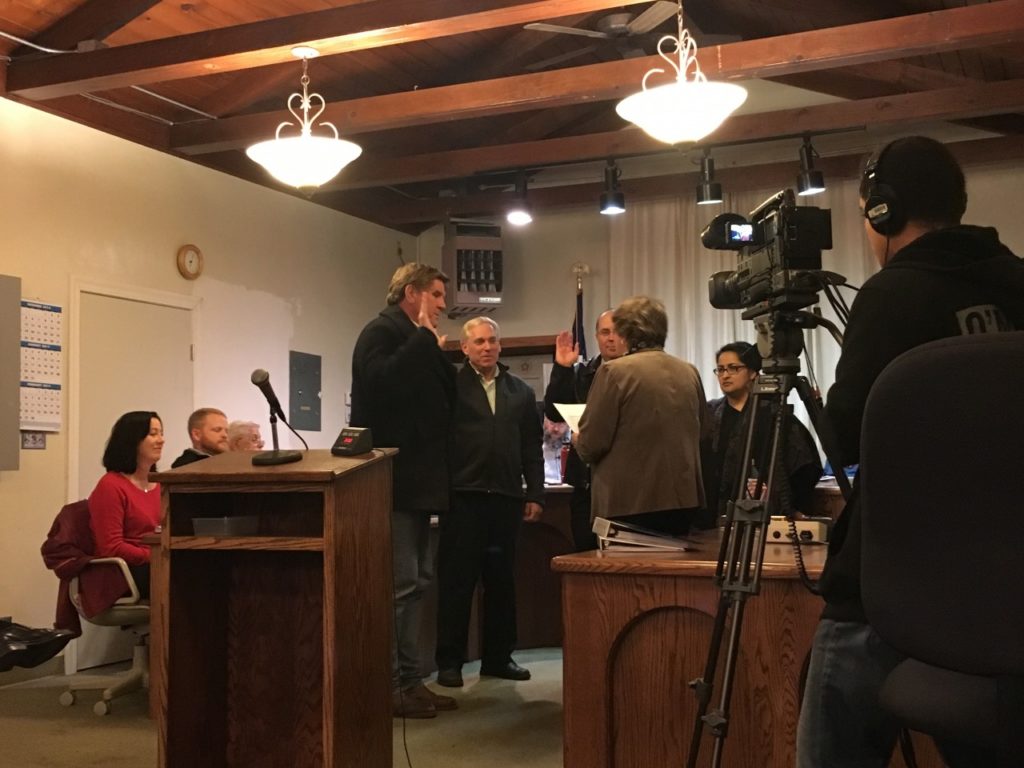 During the administrative report, De Vries brought up the water conditions of the city, describing it as a “hot-button” issue for the residents of San Juan Bautista. He said a “ San Juan Water Forum” would help to address citizens' concerns. While a location has not been set, the water forum will take place Jan. 14 at 10 a.m.

On Facebook, De Vries asked citizens to mark the date on their calendars and get their questions and concerns ready. He added “the city will have all of its water vendors, experts and contractors on hand to first present the current state of affairs and then to respond to your concerns.”

After a no-show from the sheriff for the Sheriff’s Report part of the meeting, De Vries asked if it was usual for the sheriff not to be present to give the report. City Manager Roger Grimsley noted that per the city's contract, a sheriff's representative is supposed to show up once a month for the meeting, though they sometimes don’t.

Former Councilman Lund let council members know that while a sheriff's representative is supposed to be present for the meetings, the sheriff's department bills the city for the time that they are there.

“If, according to Lund, they charge us to come to the meetings, we need to look at that,” said De Vries.

After some discussion, De Vries motioned to form an ad hoc committee to renegotiate the contract between the sheriff and the city. De Vries and Martorana will be looking into the details of the contract.

In other council news, the contract between Level 1 Private Security and the city has been approved with some additional corrections.

As reported by BenitoLink in August, the council chose the Aromas-based security provider over First Alarm Security Services.

Level 1 Private Security will provide security patrols for the city, adding to the coverage provided by sheriff's deputies.

Martorana cited nighttime break-ins as being the “genesis” for why council members felt the additional off-hours coverage was needed after Freeman voiced his concerns about the 10 p.m. to 7 a.m. schedule not being flexible. Martorana explained that while they had that time set, Level 1 Private Security officers were billed hourly so there was opportunity for flexibility.

De Vries asked JT Tomlinson, chief operating officer and co-founder of Level 1 Private Security, if security guards would be allowed to detain people believed to have committed a crime.

Tomlinson said, “No, we’re not. We will not be handcuffing people. We will be observing and reporting. We will have body cams on our officers and inside the vehicles there will be dash cams.”