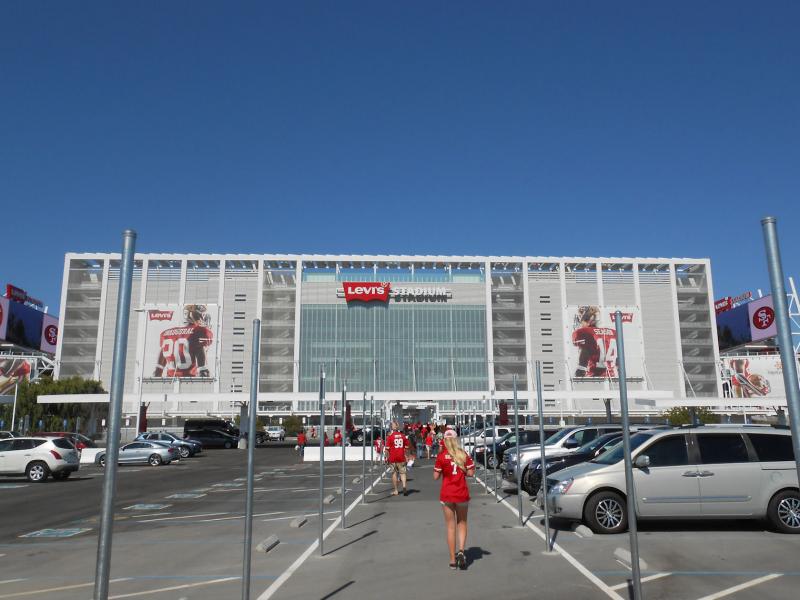 San Francisco 49ers' fans were recently treated to a preview tour of the sparkling new Santa Clara home of the National Football League team, with Hollister resident and business owner Bill Mifsud among the invited guests.

Mifsud, a longtime season ticket holder and owner of Bill's Bullpen in downtown Hollister, offered his perspective on Levi's Stadium to BenitoLink, noting that getting there off Highway 101 through surface streets "will be the hardest thing to do."

Once at the stadium, located near the Great America theme park, Mifsud said he was "left in awe."

"Going to Candlestick Park since 1970, we went from the outhouse to the penthouse," he said. "The stadium speaks of opulence. The many suites and luxury boxes makes you forget you are in a football stadium. There are over 1,600 bathrooms and concession stands." Fans will have their choice of sushi, ice cream, carne asada, burgers and four kinds of hot dogs, along with plenty of domestic and imported beers.

"Be ready to pay," Mifsud said, "as prices were more expensive than the 'Stick."

Befitting its location in the heard of Silicon Valley, Levi's Stadium uses technology to the fullest, with phone apps that Mifsud called "incredible."

"You plug in your seat location and from there you can find the shortest restroom line," he said. "You can order food and drink from your seat and have them deliver it to you for a fee or pick it up from the nearest concession stand using the express pick-up line, avoiding those who are ordering the regular way."

There is even a bathroom app that alerts fans to the shortest line.

Mifsud called the video boards around the field "state of the art."

"They are so good you feel like you are at home with a huge flat-screen," he said, adding, "all in all we were left in awe. Now all we need is to win the Super Bowl and thus, mission accomplished."