Residents voiced their outrage and sense of helplessness in addressing growth as Mayor Velazquez and Supervisor Medina advised them to get involved in the political process. 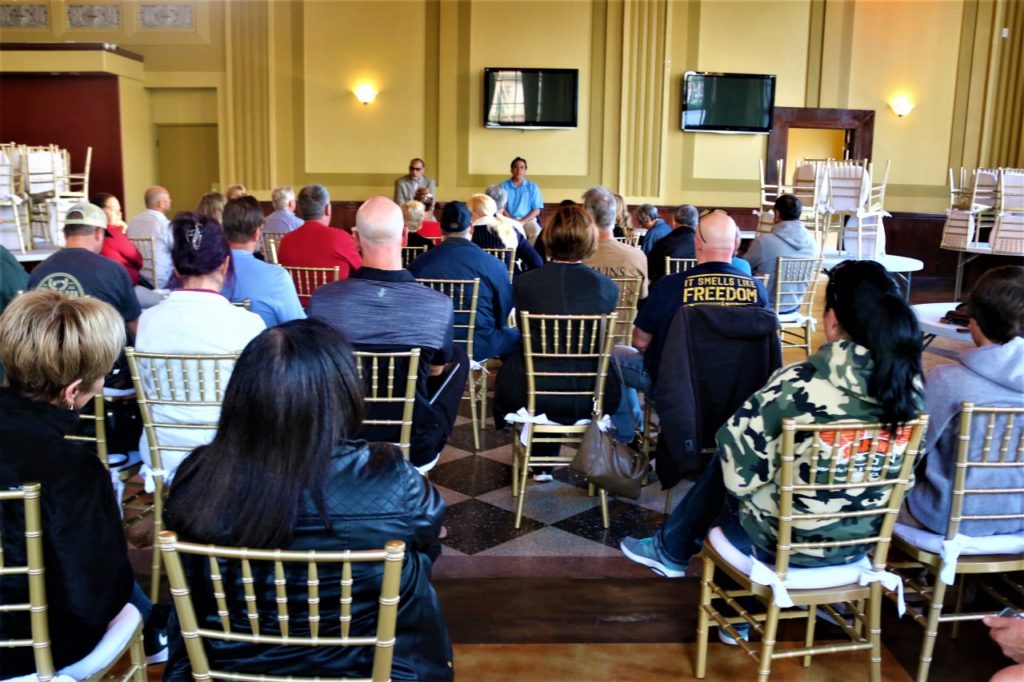 What was billed on Facebook as a Tuesday town hall meeting to discuss growth with Hollister Mayor Ignacio Velazquez and San Benito County Supervisor Mark Medina turned into a civics lesson on how dysfunctional a government can be when its citizens either don’t understand or don’t care about the rules by which it operates.

Frustration levels were off the chart as around 60 citizens who turned up at the May 1 meeting at The Vault (owned by Velazquez) asked tough questions of the mayor and county supervisor that had no easy answers. The crowd voiced dissatisfaction over roads in general and Highway 25 in particular, as well as what they perceived as out-of-control housing growth and the lack of essential services.

In comparing growth rate and the need for schools, Velazquez posed the question, “How much money does it take to build a school?”

When Rob Bernosky, Hollister School District trustee and candidate for San Benito County District 4 Supervisor, called out $6 million, Velazquez responded, “Actually, it’s more. It’s closer to $50 million for an elementary school. For a high school, closer to $200 million. How many new homes is equivalent to an elementary school?”

At the heart of the dissatisfaction was a basic misunderstanding and mistrust of local government. When one woman asked why five people on a city council or board of supervisors had the final say about growth and other issues, Velazquez told her it was because Hollister is a general law city rather than a charter city.

Velazquez did not explain the difference. A general law city has less autonomy and follows laws set by state government code. A charter city operates under the state constitution’s “home rule” provision that allows the city to conduct municipal affairs by making and enforcing its own resolutions.

Voices in the audience called out possible solutions to the growth issue ranging from banning people in certain professions—real estate agents and architects, in particular—from being elected to public office, to erecting billboards along Highway 25 depicting a traffic jam with the words, “Welcome to Hollister and a Two-Hour Commute.”

Dismayed at the number of commissions, committees, boards, and councils it takes to run San Benito County and the City of Hollister, one attendee suggested they all be combined under one entity to make all governing decisions.

Velazquez described his professional relationship with Medina as a tag team when passing concerns of those who live in the city or the unincorporated area back and forth, but it didn’t play out that way during the meeting. As a polished speaker and politician well-versed in using social media against his opponents, Velazquez dominated the responses to the crowd’s questions. But it didn’t matter as residents asked repeatedly what was going to be done to repair roads and relieve traffic congestion.

While the crowd looked for straightforward answers, Velazquez provided complex, historical economic facts interspersed with personal opinions about decisions his fellow city council members had made in approving development and “helping their friends.”

The mayor repeatedly said he does not want a building moratorium, but wants to stop leapfrog developments south of Union Road and east of Fairview Road. He also reminded the audience that he is only one vote on a five-person city council and it was up to the public to hold elected officials accountable.

Velazquez reminded the audience several times of the staggering costs of addressing the roads. Gasps were audible in the crowd at the mention of $400 million required for Highway 25 upgrades, $70 million for Union Road, and $40 million for Airline Highway from Sunset Street to Fairview Road. He continually said Hollister and San Benito County, as well as the various water districts, needed to work together, but did not explain how that would happen after so many years of working for their own purposes.

The mayor said San Benito County should not be building communities that do not have infrastructure to support them. Instead, all building should be within city limits and any homes built in the county should be on large lots, he said.

This did not sit well with one Hollister resident, who said, “We’re surrounded by the City of Hollister subdivisions, we’re impacted by it and have no say-so. The traffic on Hillcrest Road is horrible. Why didn’t any of these subdivisions be required to take care of that road?”

According to Velazquez, the solution is simple: put together a better plan to get better results. When asked if such a plan exists, Medina and Velazquez responded that the city and county are both updating their general plans to address future growth.

When Medina tried to tally up the number of developments already approved for the county, it didn’t matter to Sandy Swint, candidate for San Benito County District 4 Supervisor, that the 1,100 homes expected to be built at San Juan Oaks were meant for seniors. She said the development was just more homes and more cars on the roads.

As the meeting approached the two-hour mark, it started to resemble the conflict displayed on Facebook, as one resident who said their ancestors have lived in the county for generations challenged more recent residents of not paying their fair share. One man, who said he moved to the area in 2015, had already separated himself from newer arrivals and suggested the billboards to discourage anyone else from moving to the area.

Medina and Velazquez said if change was to happen, it would only happen if the residents got involved in the process by holding politicians accountable and coming to government meetings to let their voices be heard.

To this point, one resident said it was hard to make it to meetings while stuck in traffic on Highway 25 every night.

Another said: “We have gone to these people, but ultimately it’s their decision, so where’s our voice?” 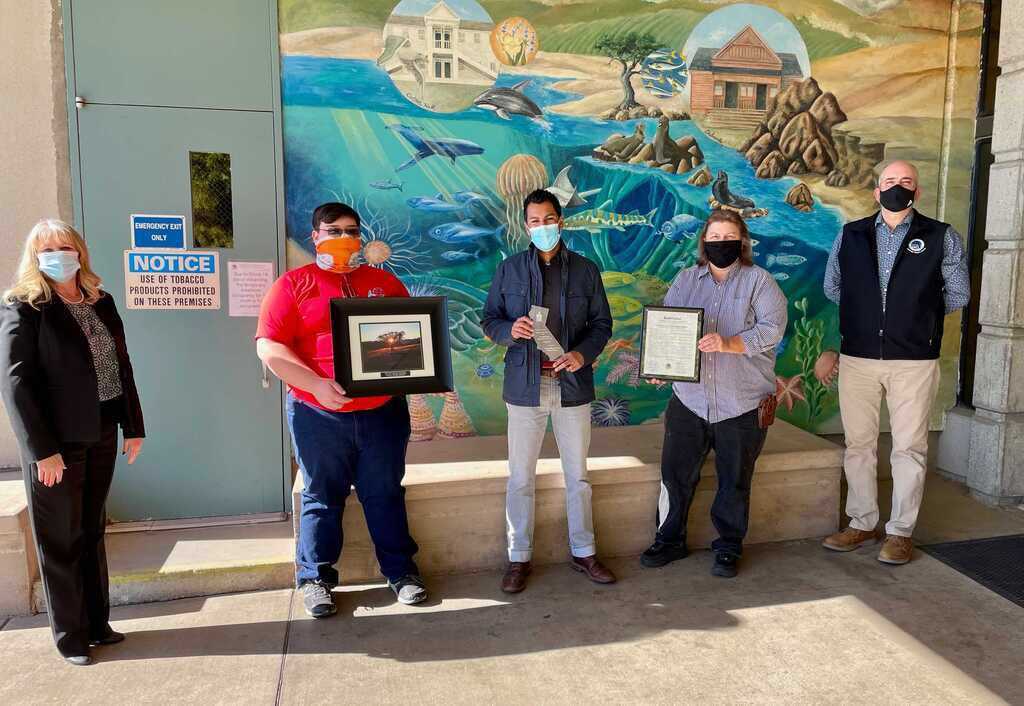 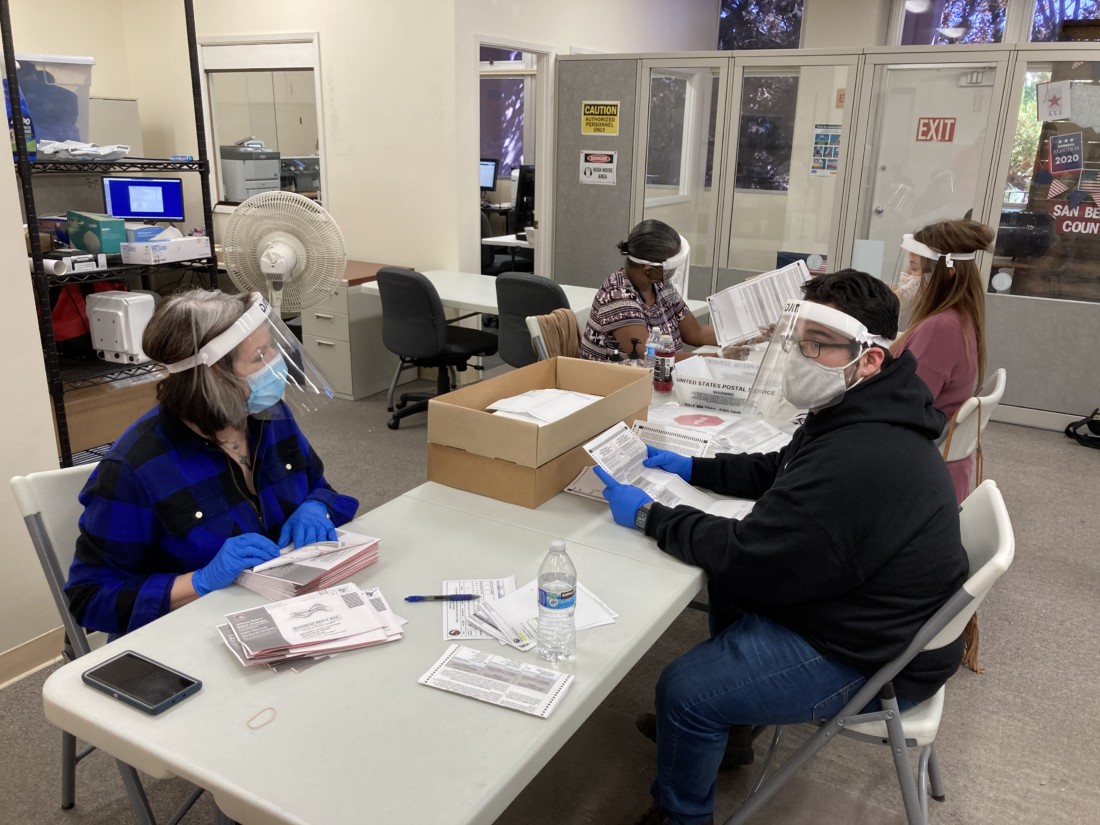