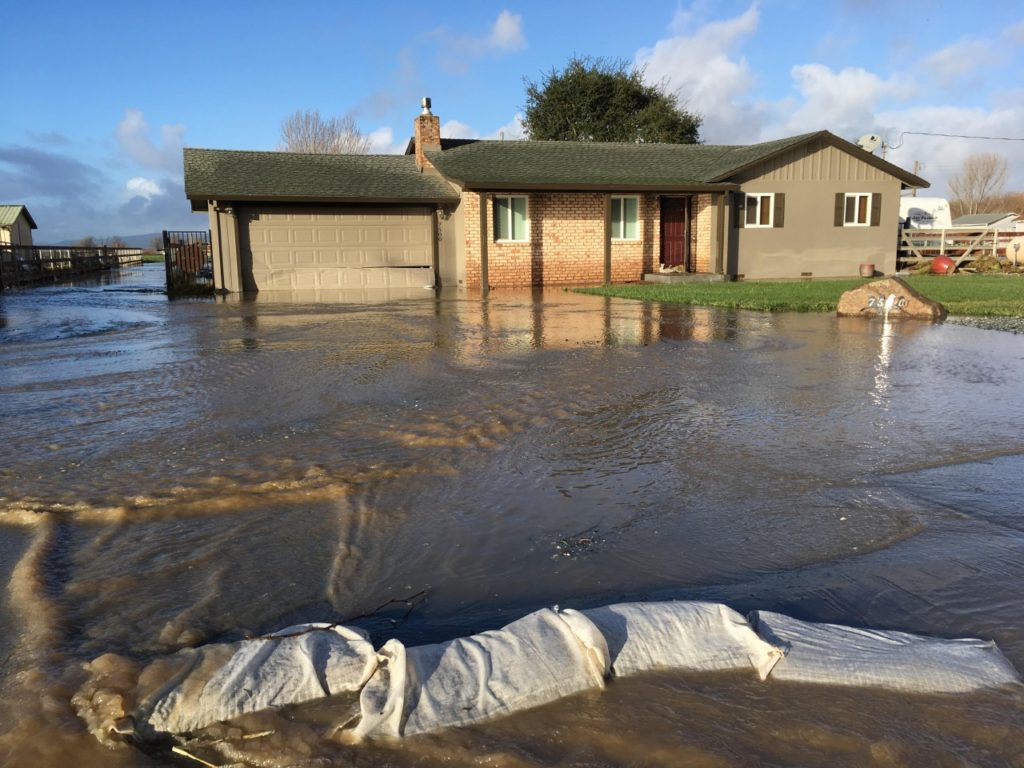 The combination of flooding, potential water contamination, damage to bridges and roads and waterway conditions that may require emergency response and repairs have prompted San Benito County officials to formally proclaim a local emergency and ask California Gov. Jerry Brown to proclaim a state of emergency for the county. The county also issued a water contamination health alert in which residents of flood-ravaged homes on Lovers Lane, Frye Lane and San Felipe Road to Shore Road are urged to seek alternative water sources other than from their taps or wells.

Kevin O'Neill, the county's deputy director of emergency services and Acting Assistant County Counsel Barbara Thompson signed the emergency proclamation on Thursday, Jan. 12 based on a county ordinance that empowers officials to "proclaim the existence or threatened existence of a local emergency when said County is affected or likely to be affected by a public calamity," and when the Board of Supervisors is not in session.

The proclamation cited the following conditions in making the emergency declaration:

The county said that these "conditions of extreme peril warrant and necessitate the proclamation of the existence of a local emergency" at a time when the Board of Supervisors did not have a scheduled meeting and the director of emergency services (County Administrative Office Ray Espinosa) is unavailable.

The proclamation states that the "effects of the storm are beyond the capabilities of the County of San Benito," prompting officials to ask the governor to declare a state of emergency and seek state and federal assistance, including a U.S. Small Business Administration disaster declaration.

The county said in a press release from Public Information Officer Louie Valdez that the water contamination health alert was being issued "out of an abundance of caution" because of concerns for possible water issues present in individual well systems in the rural area that has been impacted by the flooding of Pacheco Creek. Concerns include sewage and agricultural runoff, pesticides and "other potentially hazardous materials."

The alert advises residents in the flooded areas to do the following:

Water is being made available for all residents in the affected areas by door-to-door delivery, the announcement stated, and will be available at Dunneville Cafe and Market at 5970 San Felipe Rd. from 9 a.m. to 7 p.m. daily.

For more information about the directives in the alert or about drinking water contaminants, residents are encouraged to call the Environmental Health Department during normal business hours at 636-4035 or after hours at 636-4100.