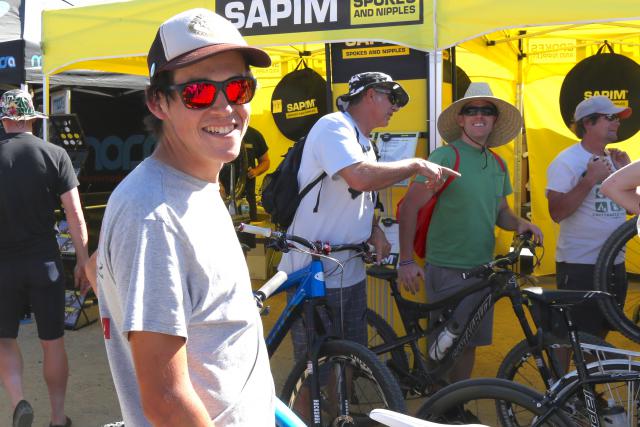 The roads of Hollister and beyond are filled with the dust of Myles Lucas.

“I’ve been riding since I was a little kid,” Lucas, 21, said. “My dad owns a bike shop so I’ve always been around bicycles.”

Lucas is a graduate of Anzar High School in San Juan Bautista.  His father father owns Off the Chain, a bike shop in Hollister.Lucas often helps out his parents by moonlighting at the store.

Lucas started riding BMX bicycles when he was young and did a lot of road biking. He then began mountain biking, which he does in Hollister by doing weekly rides at state parks. He recently had a victory at the Sea Otter Classic in Monterey, which includes downhill courses with timed stages.

He also placed second in a race last year.

“Last year I raced and got second so I was really close,” he said. “It was a really cool experience.”

Lucas prepares for riding by staying “as fit as possible.”

“I do a little bit of everything and try to be a well-rounded rider,” he said.

When he's not riding, Lucas works as a welder and machinist. He also attends Cabrillo College, where he is majoring in engineering technology.

This weekend, Lucas will travel south of Clear Lake to the Boggs Funduro race, a three day endurance mountain bike weekend. He is also trying to make it up to Oregon for an enduro series, with four races.

“This year I try to plan as many races as I can,” he said.

Lucas gets a lot of enjoyment out of riding.He said he "sees cool places" and is a healthier person for it and has met friends.