After the stabbing death Andres Guzman, a local teen, there was much public outcry and the community shouted ENOUGH! 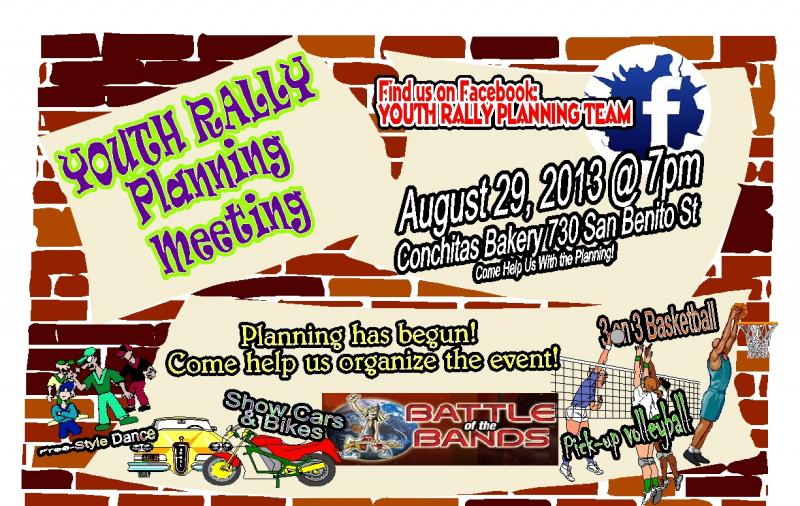 The local Neighborhood Watch page on Facebook was blowing up with comments about ENOUGH being ENOUGH.

Many people provided input on the fact that there is little for youth to do in our community that is affordable to the low-income population. Youth need to have positive reinforcement and a sense of belonging. Without that they put themselves at risk of being lured into gangs in order to feel they are part of a family. Years ago the community held an annual Teen Rally.

After the downturn in the economy many of the agencies involved no longer had the funding or the man power to continue organizing the event. The last Teen Rally was held in May 2006. After reading all of the comments, local resident, Andi Anderson, stated that she was involved with the Teen Rally Committee back then and, if the community was willing to step up to the plate, she would be willing to take the lead to help revive the Teen Rally.

A Teen Rally Brainstorming meeting was held on Saturday, August 24, 2013 at Conchitas Bakery, 730 San Benito Street. At that meeting those in attendance came up with ideas on what types of activities should be included, who could be contacted and what date the event should be held.

Brianna Romero suggested have the ASB take this project on as their community service project and also inviting High School clubs set up tables so that they could share what their clubs ar about. Carol Thomas, GoGlobal, also shared that she has a movie projector that can be used to show movies in the park like the Hollister Downtown Association has done.

Our goal is to make this a FREE event and in order to make this happen we need community volunteers to organize and resource their contacts to donate time, raffle items, games, activities, and more. The next meeting is scheduled for August 29, 2013 at 7pm at Conchitas Bakery, 730 San Benito Street, Hollister, CA