Engineers use open source model as a starting point. 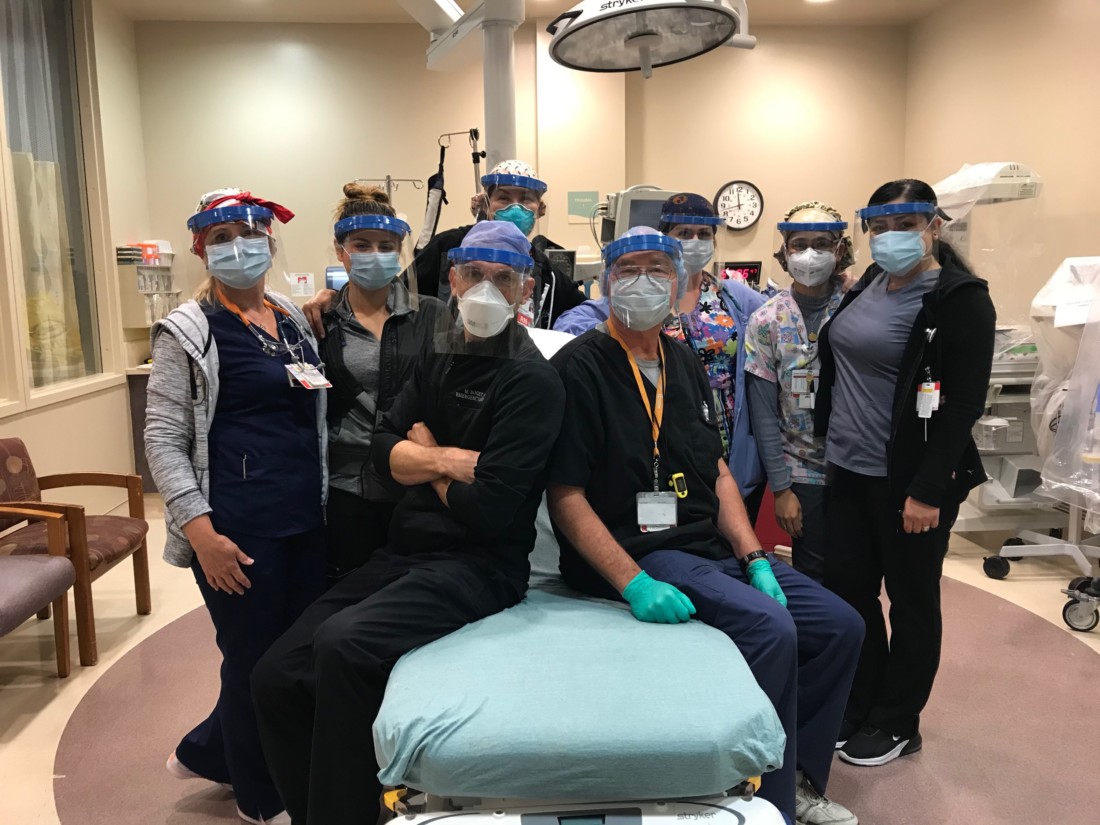 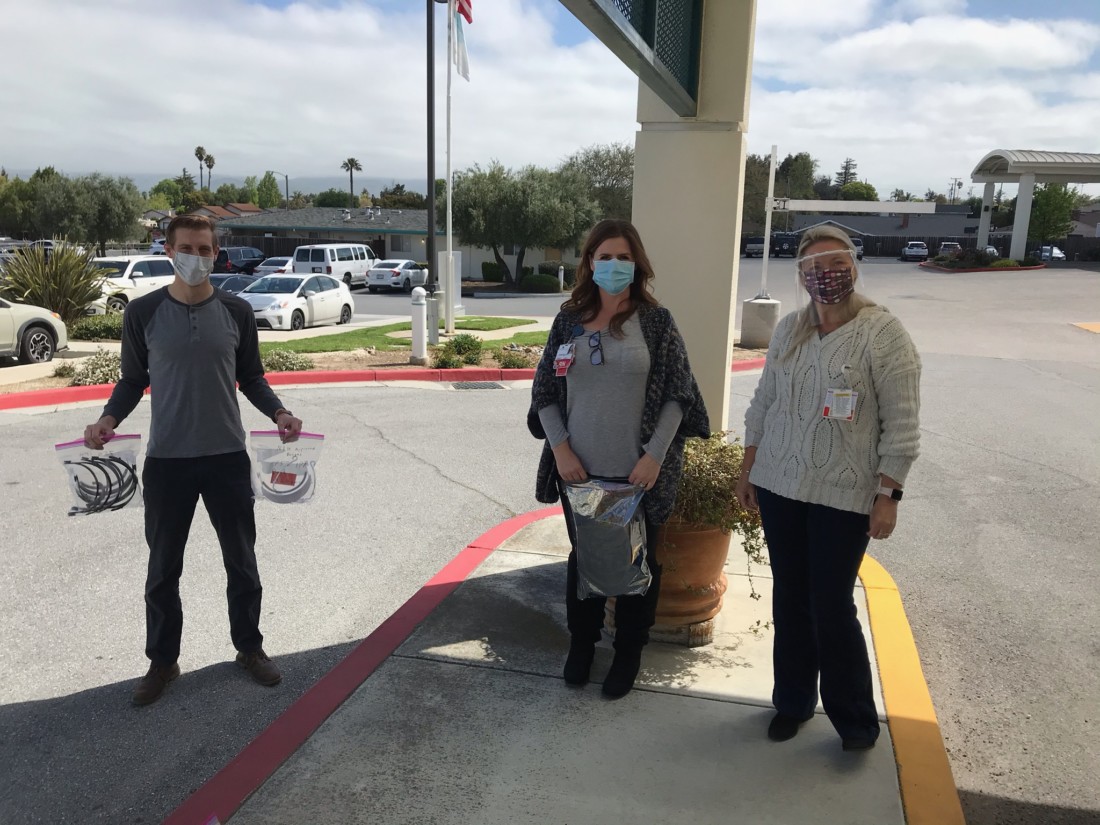 Hearing that Hazel Hawkins Memorial Hospital had a shortage of personal protective equipment (PPE), Pacific Scientific Energetic Materials Company created and delivered about 145 face shields and 24 frames for the hospital’s doctors and nurses. The shields can be worn over other protective gear such as face masks and goggles. The Hollister-based company makes aerospace, defense, and security systems, as well as ordnance, pyrotechnics and safety devices.

Patrick Piccoli, new product development program manager, said a text from his wife Kristi—a nurse at Hazel Hawkins—set everything in motion when she asked if PacSci EMC had any shields and included an image as an example.

Not quite sure what kind of shields Kristi was asking for and not wanting to ask questions that would take her away from the emergency room, Piccoli said he forwarded the text to Richard Henderson, an applications engineer. Though it was a Sunday night, Henderson got back to Piccoli in 30 minutes with an open source model and modification ideas. With a plan set, they obtained approval from General Manager Brandon Greenley to begin making face shields for the hospital.

“He said absolutely. This is something we want to do to support our local hospital,” Piccoli said.

Henderson looked at different models in the open source, 3D printing community that require the same equipment PacSci EMC has.

“We got a couple of engineers together that were passionate about helping out the folks at the hospital and we started the small production,” Henderson said.

By Monday morning, the PacSci team hit the ground running and used a 3D printer to create six prototypes for Hazel Hawkins staff to test. Following feedback that afternoon, the team returned to the lab and made minor adjustments. Piccoli said it’s a slow process to produce the final product, as it takes about 30 hours to complete eight frames.

PacSci delivered about 75 face shields and 16 frames in the first batch on April 6. The second batch of about 50 shields was delivered on April 9. The last eight frames and over 20 face shields were delivered April 13.

“For us on the frontline, proper PPE is essential,” Hazel Hawkins Emergency Department Director Dr. Michael Bogey said. “We can’t do our jobs of taking care of patients if we become ill. The face shields that PacSci made for us have helped keep us safe and protected so that we can continue to provide healthcare to San Benito County.”

Piccoli said the face shields are reusable, adjustable and easily pop into the frame. In addition to the masks, PacSci EMC will produce a vital part for the hospital’s personal air purifying respirators.

Henderson said the production of PPE is close to the engineers’ hearts, as the company manufactures safety equipment for the military such as ejection seats and fire suppression equipment for aircrafts.

Though the face shields made by PacSci are similar to those used by hospital staff, Henderson said the model Hazel Hawkins uses contains an air flow system that prevents recycled air from getting into the shield. The main component of this system is a small plastic flap below the shield that helps seal the mask to the user’s face. The PacSci team is also working on producing that plastic flap for the hospital.

“That is one of the items of PPE the hospital is having trouble getting on time,” Henderson said. “They were really just without words of how appreciative they were.

Hoping to get more volunteers involved with manufacturing supplies, the team recently created a website, Hollisterfightingcovid.com, where 3D printer owners can sign up to help.