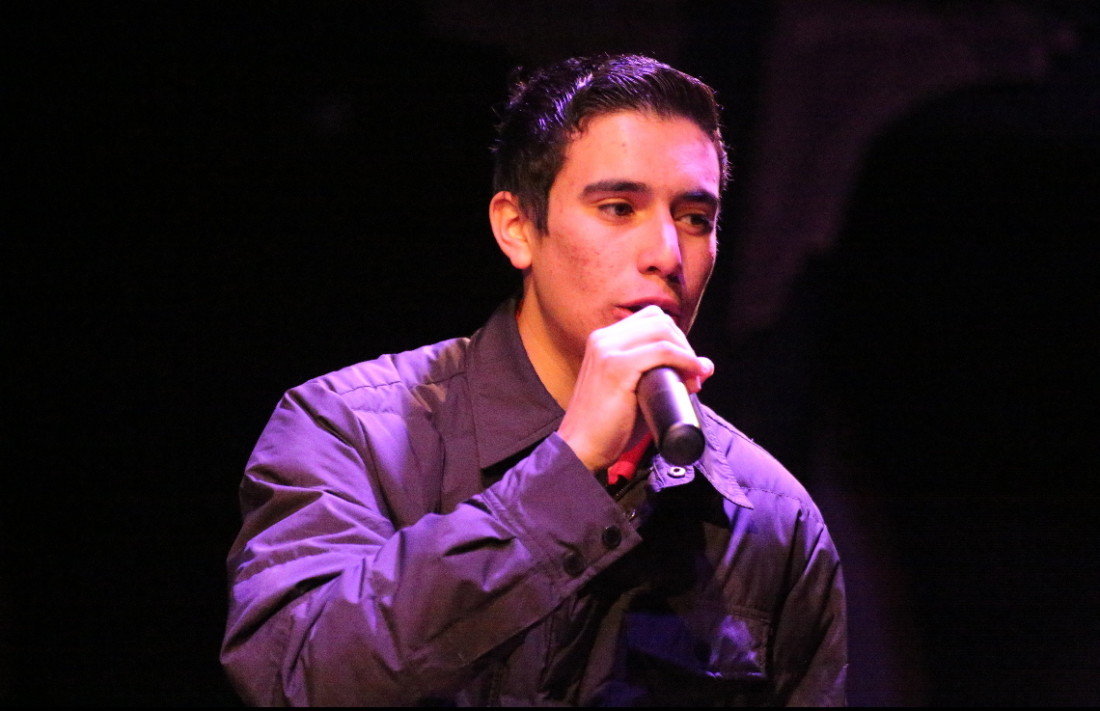 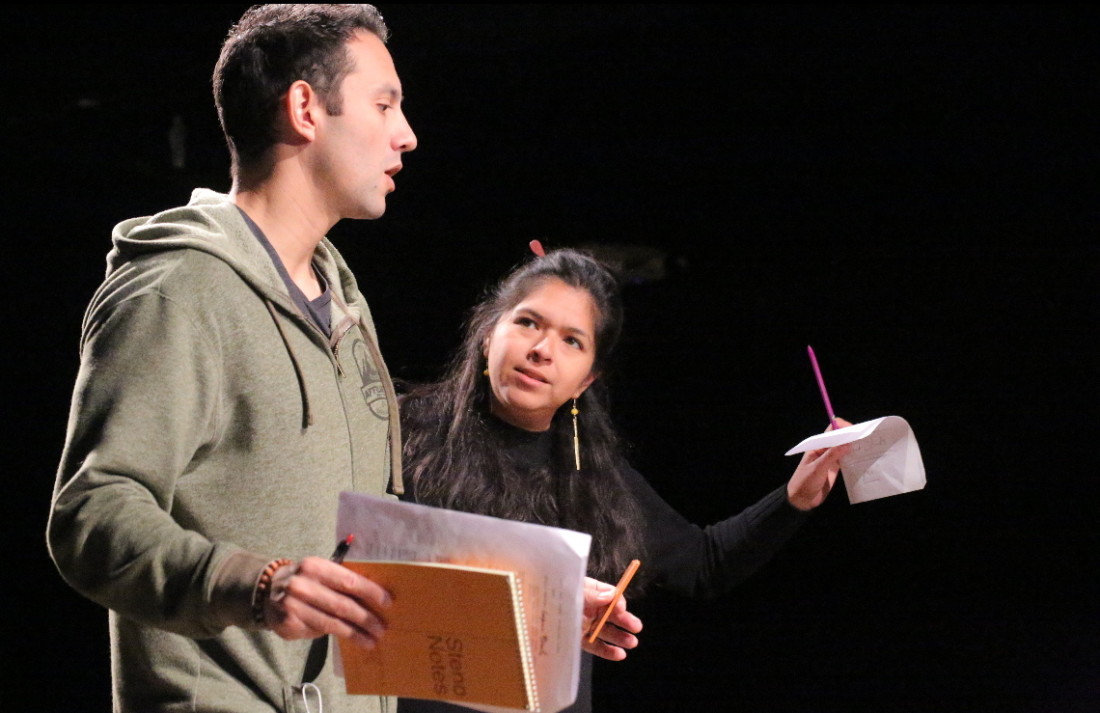 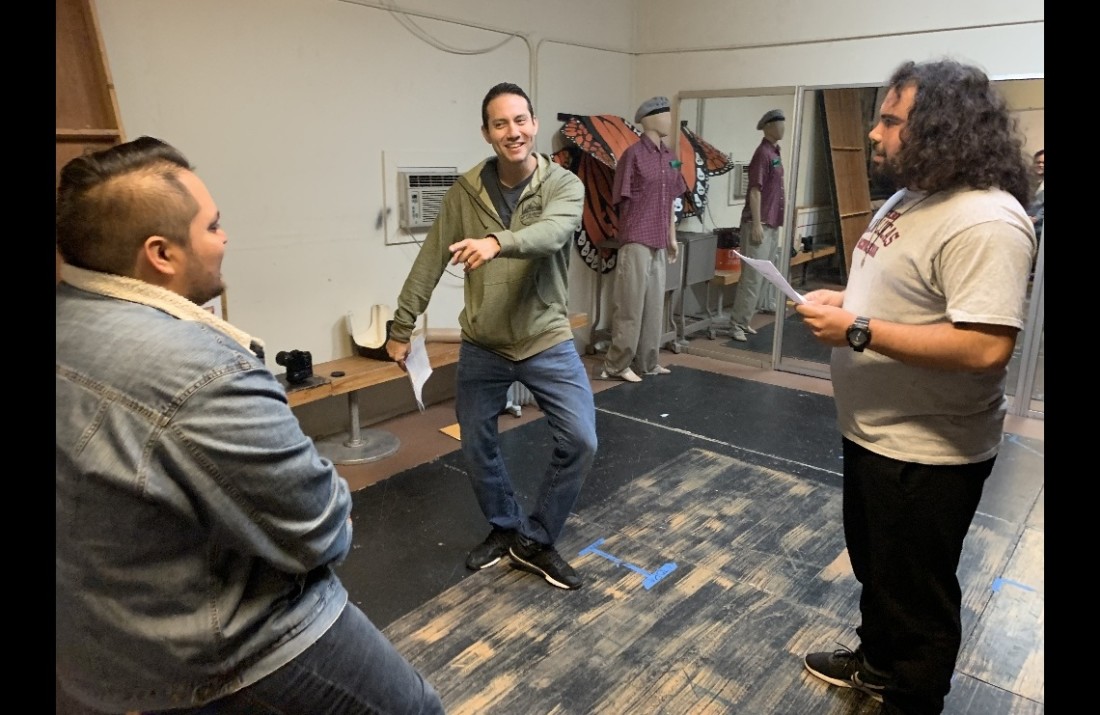 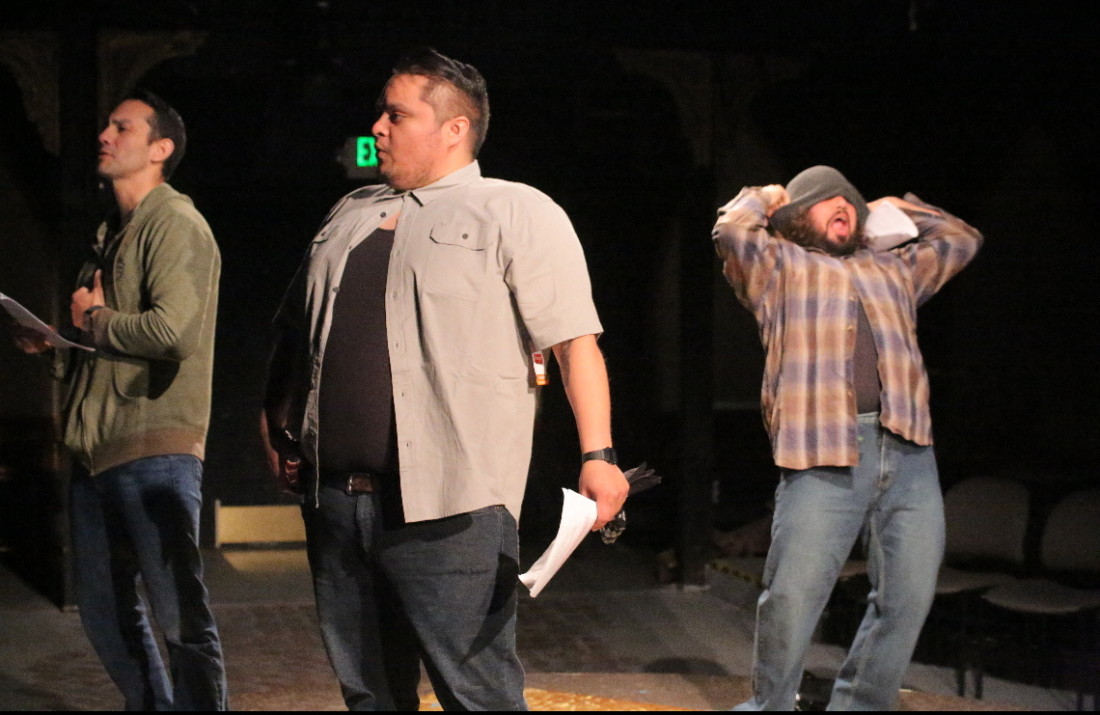 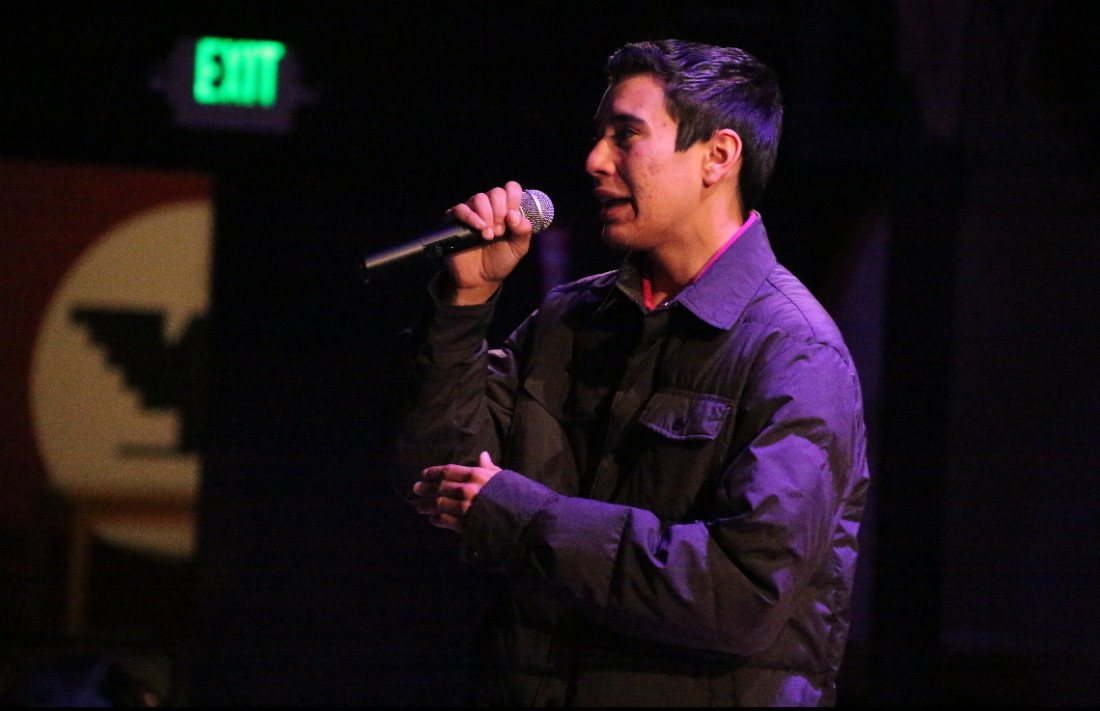 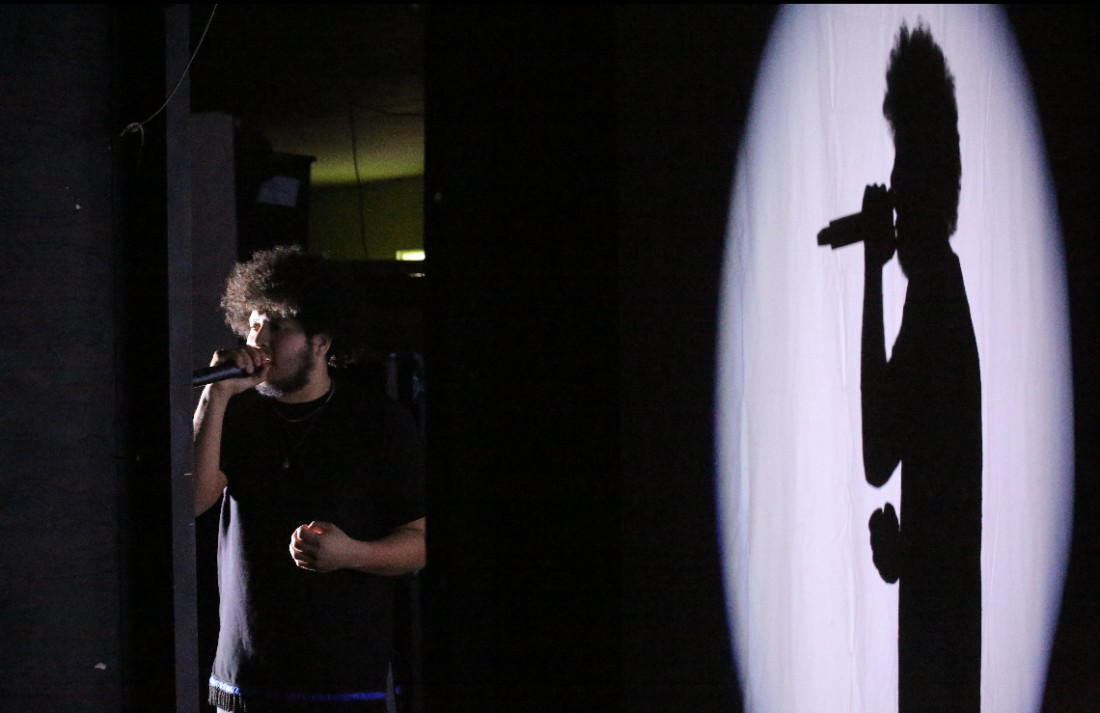 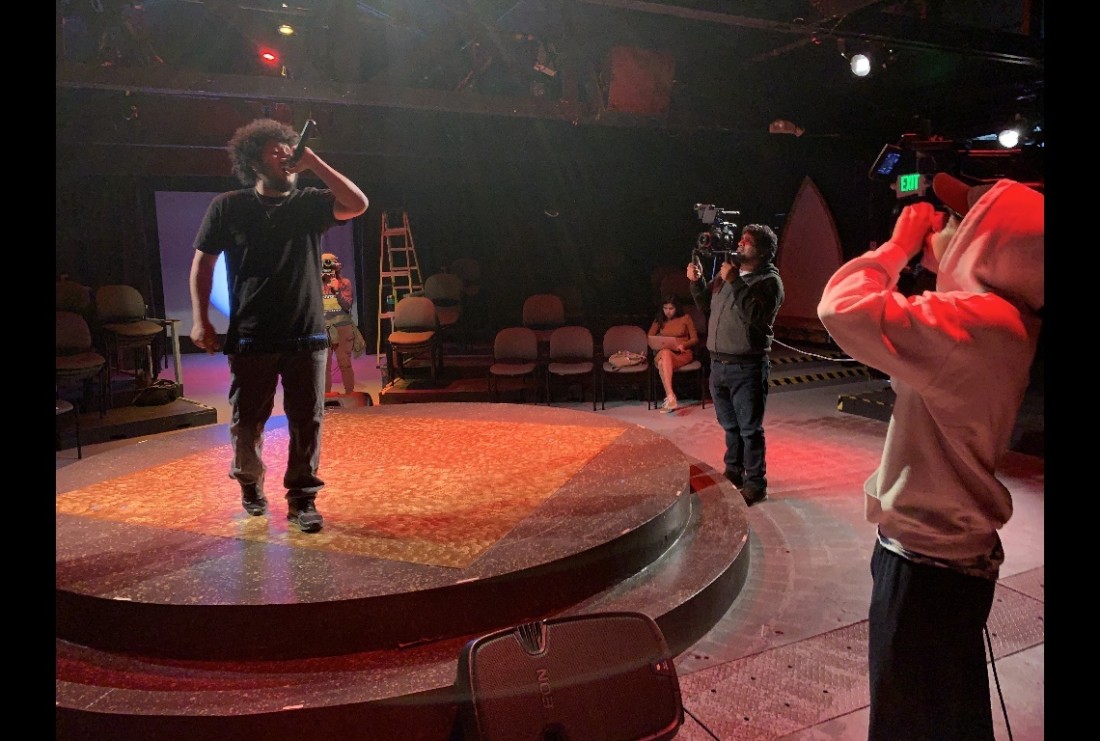 Rios and Vera first met in a production of “Corridos! Tales of Passion and Revolution,” a play by El Teatro founder Luis Valdez.

“That is where I met Jay Vera and Cristal Gonzalez,” Rios said. “To be here with them again brings me full circle.”

“Corridos!” was Vera’s only performance at the playhouse at 705 Fourth Street until he returned this year with his own play, “Guero,” about a white kid from the midwest who adopts lowrider culture.

“He shows up to a certain part of L.A. and tries to assimilate, tries to fit in,” said Vera. “It is a piece about acceptance and belonging, filling a void. This character needs that focus to make his life meaningful. He is thinking ‘if I can be that guy, maybe I can get people to like me and find my way in the world.’ There is a big element of comedy in the work, but the core of it is the feeling of finding your place.”

Vera is back after a 10-year absence, during which he spent time producing films and commercials.

“I came back because there was a sense of community and creativity that I missed,” he said. “I needed fellow artists and fellow collaborators to bounce ideas off of and work on each other’s projects. There is something magical within these walls for me; it brings out the heart and soul of people.”

Vera’s play is one of 13 pieces being debuted at the Palabra showcase. Performances are set to include:

Organizer Gonzalez has produced the Palabra showcase five times in the last three years. Anyone who wants to perform a short piece can audition for a spot in the show, which this year will include short plays, monologues, and musical performances. Gonzalez has a work of her own premiering this weekend, “Por La Madrugada,” performed by Mauricio Samano and herself.

This year’s performances will be filmed and streamed live on YouTube.

“On Friday and Saturday you have the option of watching from home,” Gonzalez said, “but if you come to the show you can be part of the live taping.” One camera will film close-up shots of the performers and the theater audience will be able to see them on projection screens. The link to the streaming feed will be posted the day of the performance on the El Teatro Campesino Facebook page.

Rios is not just performing in Vera’s play; he has also written his own called “Love Drunk Fools,” which will feature Daniel Valdez, the youngest musical director in Teatro’s history.

“It is the story of a relationship that has run its course and coming to an end,” Rios said.

Though this is his writing and directing debut, Rios is the most experienced performer in the show. He’s participated in over 40 Teatro productions, including the Popol Vuh trilogy; Joe Louis Cedillo’s “7 8ight 9”; four different Christmas productions at the Mission San Juan Bautista; and the “Canción de San Juan,” a song cycle on the history of the town set to be revived later this year.

Seventeen-year-old rapper N.D.G.—real name Nathanial Robles—has performed at his school, San Benito High, over the past two years. The March Palabra showcase will be his first time on a professional stage surrounded by experienced performers.

“Everybody is so welcoming and it just feels like I can do this,” he said.

One thing Robles will have to get used to is El Teatro’s in-the-round staging and seating, carried over from the production of their Christmas play, “La Pastorela.”

“It’s different, I never expected it,” Robles said. “It will be a little difficult, but I am getting used to it. The people here are very helpful, giving me tips on how to move around and how to be my best.”

Gonzalez emphasized that the Palabra showcase is a way for locals to get exposure and to continue growing as artists and writers.

“These artists are doing meaningful, impactful work and we look forward to giving them a chance to share their talent,” she said.

Palabra runs March 5-8 at the El Teatro Campesino playhouse at 705 Fourth Street in San Juan Bautista. Shows on March 5-7 begin at 8 p.m. The March 8 show starts at 2 p.m. All tickets are $10 at the door. Corina’s Cantina and artist vendors open one hour before showtime.