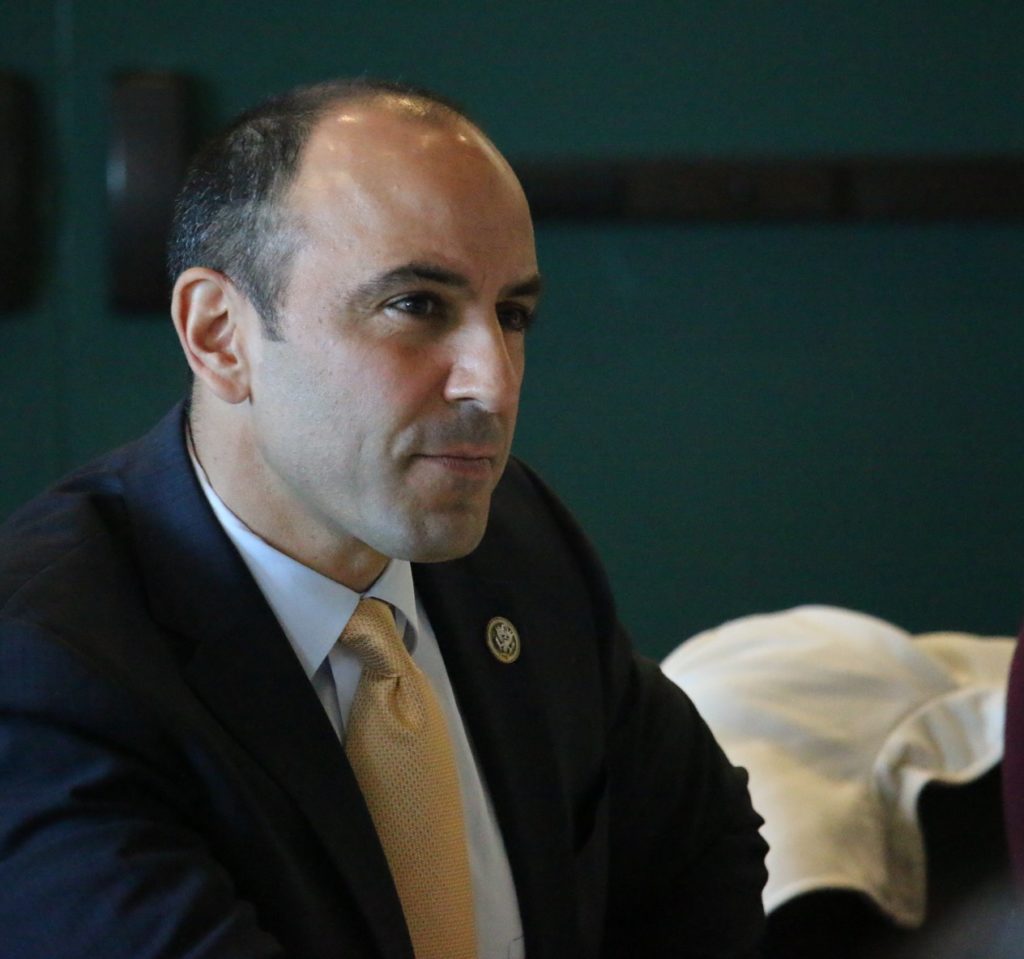 Since the day of my swearing-in as your Congressman, I have worked and voted on numerous pieces of legislation. I have not missed one of the 221 votes that Congress already has voted on this year. I authored, introduced, and co-sponsored 50 pieces of legislation. I have worked to ensure that our home continues to have a sturdy bridge to the federal government and its resources, through constituent case work meetings, town halls, and roundtables. My work in Washington and on the Central Coast has consisted of and focused on the following priorities.

I chose to be on and was appointed to the House Agriculture and House Natural Resources Committees.  I feel that those committees perfectly represent the bountiful agriculture and beautiful environment of our home.

Agriculture Committee: On the House Agriculture Committee, I proudly promote our district as the Salad Bowl of the World.  I am working to ensure that our specialty crops, organic production, and robust investment in basic and applied research at our U.S. Department of Agriculture Research Station in Salinas will be well represented in the 2018 Farm Bill.  I promote “AgTech” partnership efforts between the Salinas Valley and Silicon Valley.  I also advocate for the inclusion of fresh fruits and vegetables in federal nutrition programs, and have cosponsored legislation that encourages domestic producers to provide fresh produce in school meals.

Natural Resources Committee: On the Natural Resources Committee, I work to protect our oceans, coastlines, fisheries, national parks, and marine sanctuaries, and I am looking for solutions to address sea level rise.  On my first day in Congress, I cosponsored a bill to prohibit the exploration and drilling of oil and natural gas off the coast of California.  I recently authored a bill to reopen the Clear Creek Management Area in San Benito County for off-road vehicle usage and, at the same time, designate 21,000 acres of protected land as the Joaquin Rocks Wilderness Area.

I firmly believe that education is the incubator of American innovation, prosperity, and economic equality. Throughout the appropriations process, I have consistently advocated for programs such as Title I, Head Start, migrant education, and tutoring and mentoring for first-year college students which are critical to the central coast of California.  I voted to ensure an equitable education for all children.  I have also supported year-round Pell Grants, streamlined student loan repayment processes, and student loan forgiveness for public service.

I held roundtable discussions with numerous health care and insurance providers to learn about the impact upon the health and well-being of our local communities should the Affordable Care Act (ACA) be repealed.  Although there has yet to be a vote on that issue this year, I will continue to advocate for the improvement and repair, rather than the replacement, of the ACA, so that our nation’s health care is accessible and affordable.  I have supported Planned Parenthood through my votes and floor speeches and will continue to advocate for the varied health care needs throughout the Central Coast.

I know that our nation’s immigration policies greatly affect our agriculture industry.  Despite the rhetoric and Executive Orders from the Administration, I will work across the aisle on bipartisan immigration reform that provides certainty for both our farmers and farmworkers.

I have cosponsored legislation including the bipartisan BRIDGE Act, that would allow young undocumented immigrants to continue living in the U.S. with permission from the federal government should Deferred Action for Childhood Arrivals (DACA) be repealed by the Administration. I also cosponsored the Fairness for High-Skilled Immigrants Act of 2017, the ENLIST Act, and the Protecting Immigrants From Legal Exploitation Act of 2017, among others. I also have cosponsored both versions of the SOLVE Act, in order to prevent federal funds from being used to implement or enforce the travel ban Executive Orders.  I also have been a vocal opponent of the Administration’s executive order to increase immigration enforcement, speed deportations, and discourage new asylum seekers.

I testified before the House Appropriations Committee about the need for robust investment in infrastructure and fire prevention and management so that we can rebuild from the Soberanes fire and the recent storm damage, and better protect our communities from future disasters.  I have toured the damage caused by the winter storms in Monterey, San Benito, Santa Clara, and Santa Cruz counties, and met with CalOES and FEMA to push them to expedite funding and repairs.

I was one of the first cosponsors of a Congressional resolution that called for a non-partisan investigation into Russian’s involvement in our elections. I also consistently vote for resolutions that demand the President turn over his tax returns. The American people justifiably want to ensure that those who represent us in government have no conflicts of interest, which is why I will continue to advocate for transparency.

As a veteran, I recognize the sacrifices that our military men and women make every day, both during and after their service. I have cosponsored the WINGMAN Act, a bipartisan bill aimed at helping veterans through the claims process with the Department of Veterans Affairs; the Reserve Component Benefits Parity Act, which addresses unequal compensation for reserve-component members who deploy; and the VA Employee Fairness Act of 2017, to modify authorities relating to the collective bargaining of employees in the Veterans Health Administration. I am working with the VA on the opening of the new joint DOD VA Clinic in Marina. I also testified before the House Appropriations Committee about the need for investments in military education institutions like the Defense Language Institute and the Naval Postgraduate School.  We owe a debt of gratitude to our veterans and servicemen and women, and I will continue to make it a priority to fight for them here in Congress.

Serving the people of the Central Coast

Every weekend, I come back home to meet with constituents and listen to the needs of our district.  In my first 100 days, I have been contacted over 41,000 times via calls, emails, and mail. I have been actively engaged with many community members and groups that have formed based on a common desire to get involved in our democratic process.  I have heard from thousands and thousands of constituents during town halls, held roundtables with numerous healthcare providers and insurers to discuss ways we can improve the Affordable Care Act, not repeal it, and had the honor of participating in my first Naturalization ceremony as your Congressman.  I have toured the damage caused by the winter storms in our region, and met with CalOES and FEMA to push them to expedite funding and repairs.  I have met with our local defense entities, and will continue to meet with and maintain relationships and coordination with military institutions and our communities.  My team is diligently working on casework for hundreds of constituents.  Please don’t hesitate to contact my staff for assistance with an emergency passport or visa, grant applications, military academy nominations, questions about your federal taxes, or any other problem you’re having with a federal agency.

I will continue to fight to improve the quality of life for everyone in California’s 20th Congressional District, to protect our environment, find bipartisan solutions for immigration reform, and secure affordable and accessible health care. Every day, I look forward to meeting with you, hearing your thoughts, concerns, and hopes, and representing your values in Washington, DC.  Being your Congressman is one of the greatest privileges of my life, and I am honored to continue serving the people of the place we call home.