Democrat takes the Congressional seat once held by his father, Leon 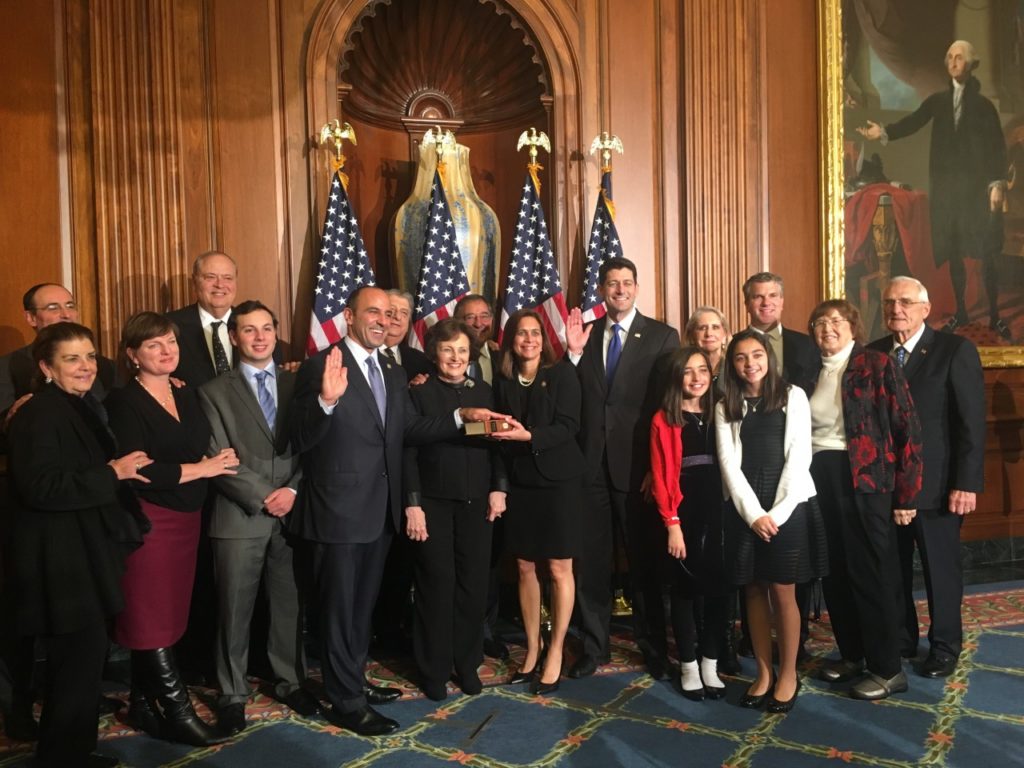 Congressman Jimmy Panetta on Tuesday, Jan. 3 was sworn in as a member of the United States House of Representatives for the 115th Congress by Speaker Paul Ryan (R-Wis.).

“Throughout my life, I’ve been devoted to public service and it’s an honor to now serve the Central Coast in Congress,” said Panetta in a statement released by his office. “I’m ready to bring fresh energy, independent thinking and a bipartisan collaborative spirit to Washington to move our nation forward and get things done.”

Panetta, who defeated Republican Casey Lucius in November to take the seat that was long held by Democrat Sam Farr and — prior to that, by Panetta's father, Leon — was joined by his wife, Carrie McIntyre Panetta, two daughters, Siri and Gia, and his parents, Leon and Sylvia.

“The Central Coast of California is and always will be my home," Panetta said. "I’m very grateful to the voters for allowing me to represent them in Congress and my offices in California and Washington are ready to assist them with any federal issue that may arise."

Order prohibits landlords from evicting tenants for nonpayment of rent and prohibits enforcement of evictions by law enforcement or courts. It also requires tenants to declare in writing, no more than seven days after the rent comes due, that the tenant cannot pay all or part of their rent due to COVID-19.

"We can all do our part to flatten the curve and prevent further spread of COVID-19," said City Manager Don Reynolds.