Thrift store operation will lock its doors by June 15 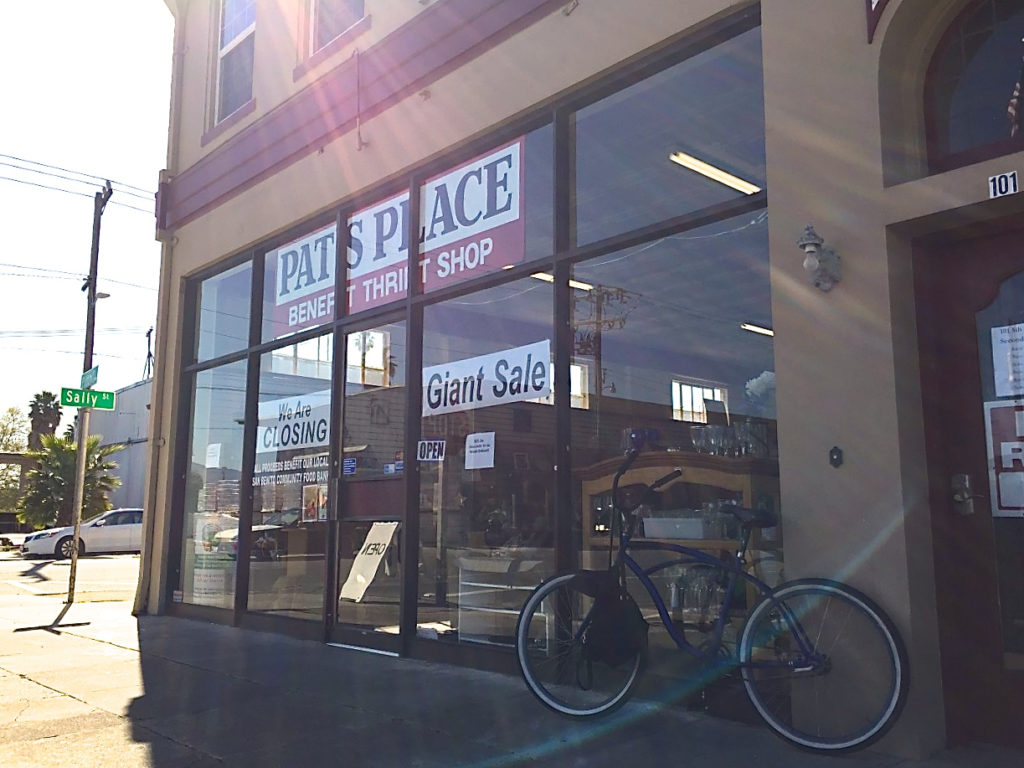 Exterior of Pat's Place in Hollister. Photo by Nicholas Preciado This article was contributed by Mark Paxton.

The announcement was made to volunteers and staff this week, following a decision by FoodBank’s management and board of directors.

“It’s been quite an adventure,” said Maria Lynn Thomas, FoodBank CEO.  “We rely heavily on the commitment of volunteers for everything that happens at the food bank, and Pat’s is no exception. It’s only through them that we’ve been able to keep the doors open for more than nine years.

“We know that our thrift store is a real benefit to many regular customers looking for value-priced clothing and household items,” Thomas continued.  “Thus, we did not come to this decision easily.”

The decision to close comes as the lease on the building expires June 15.  The decision not to renew the lease recognizes that the retail landscape has experienced a tremendous shift over the last decade with the rise of internet commerce.

At the same time, management will consider other options to offer consistent financial support for food bank operations.

Pat’s Place is the vision of Pat St. John of Hollister and former Hollister resident Elaine Kovanda.  St. John was a member of the board of directors when she first floated the idea of a benefit shop.  The board was reluctant at first, but through their persistence and vision, the ladies eventually opened at the corner of Fifth and Sally streets in downtown Hollister.  St. John remained the most visible face at the store that bears her name until health issues forced her retirement last fall.  Her portrait still smiles at customers from behind the sales counter.

“We are very grateful for all the support shown by volunteers and all the community members who shop at Pat’s,” Thomas said.  “The next few weeks will be intense, as we intend to clear out every bit of merchandise with a variety of sales.  It’s not too late to stop by, snag some bargains and support Community FoodBank.”

Pat’s Place will remain open from 10 a.m.-4 p.m. every Monday, Wednesday and Friday until everything is sold.