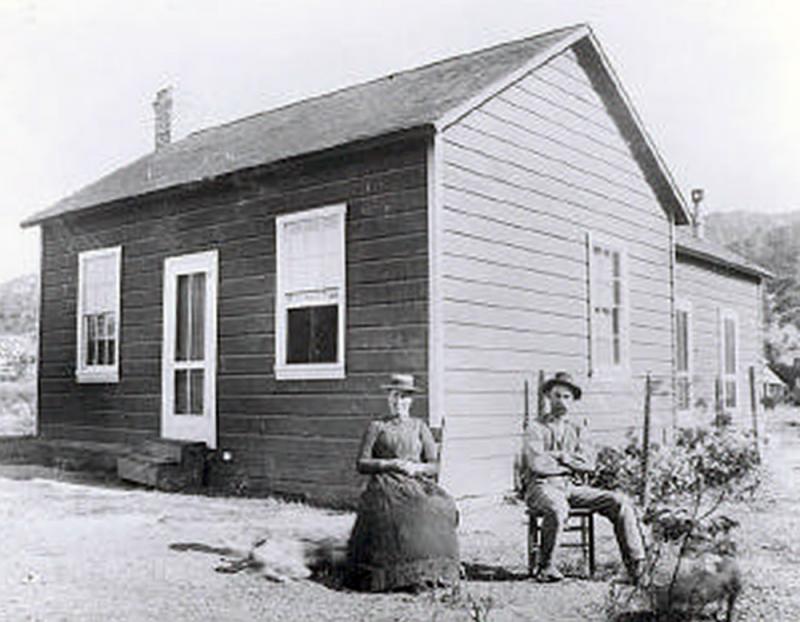 Pinnacles Partnership, a 501c3 non-profit organization supporting programs and projects at Pinnacles National Park, is working to fund improvements to the Bacon Homestead at Pinnacles National Park east.  This multi-phased project is scheduled to begin in 2015 and will make improvements to the property surrounding the homestead so that visitors will have an opportunity to walk the area and learn about the history of the ranch.

Phase 1 of the project has been funded through a generous grant through The Fund for People in Parks.  Phase 1 will fund the development of an informational brochure detailing the history of the ranch and surrounding area.  Brochures will be available at the east visitor center later this year.

Pinnacles Partnership is currently working to fund Phase 2 of the project in which interpretive signs will be designed, fabricated, and installed along a path from the east visitor center to the homestead property.  More improvements to the property are planned for future phases of the project.

Please join us for “Bacon for Bacon," a Pig Roast Fundraiser benefitting this project. The fundraiser will take place on April 11 from 4-7 p.m. at the Pinnacles east visitor center. The community has an opportunity to learn more about the Bacon Homestead by taking an interpretive tour with park personnel during this event at 4 p.m. The tour kicks off this special evening of education, dinner, and live music.  The menu features locally raised pork and locally grown fruits and vegetables and the band Condor Soaring will be playing. Tickets are available now at www.pinnaclespartnership.org/donate (adults $20, children under 12 $10).

Pinnacles Partnership is also seeking designated donations and grants to support this multi-phased project.  If you can help in any way, please feel free to contact us at [email protected]

The Bacon family were among the first Americans to settle in Bear Valley on the east side of the Pinnacles.  They arrived in the winter of 1866, living in a small “claim cabin” not far from the present Ben Bacon house.  The family at that time consisted of Elizabeth and Myron Bacon and their six children.  A seventh child, Benjamin Franklin Bacon, was born soon afterwards.  He arrived during a fierce winter storm that caused Chalone Creek to overflow its banks and flood the family’s new home.

Like other homesteaders in this remote part of what was then eastern Monterey County, the Bacon family had to be self-reliant and produced nearly all of their own food and other necessities.  They grew a variety of vegetables as well as feed crops such as wheat, barley, and hay.  They also raised chickens, pigs, beef cattle, and dairy cattle.  Horses were kept for farm labor and transportation.  In addition to these subsistence practices, the Bacons also raised surplus barley and wheat for cash, which was used to purchase items that could not be produced locally.  These commodities had to be transported long distances to market, usually a day’s journey by wagon to Tres Pinos, where the closest railhead was located.  Dairy products such as butter and occasionally other surplus items produced on the homestead were also sold at market or traded locally with other homesteaders.  The Bacons and most of their rural neighbors participated in a mixed economy that combined both subsistence and commodity agriculture.

Ben Bacon remained on the family homestead in Bear Valley all of his life.  By the time he married Orea Burns in 1894, when he was 27 years old, the family owned nearly a thousand acres, most of which Ben himself would eventually acquire or inherit.  He built a small house for himself and his new wife which is still standing, though it has been modified with several additions.  Ben’s brother Oliver Bacon built a similar house nearby (in the RV area of the present campground), where he lived as a bachelor all his life.  Another brother, Horace Greeley Bacon, taught at the one-room Bear Valley School for more than twenty years, becoming the community’s most popular and highly-regarded teacher.

When Ben Bacon died in 1939, his ranch encompassed nearly all of the bottomlands on the east side of the park, comprising more than 2,000 acres.  Orea Bacon died two years later in 1941, and the ranch was sold by surviving family members to pay off debts.  It passed through a succession of absentee owners over the subsequent years, most of whom simply used the land to graze cattle.  In 2006, the property was sold to the National Park Service and became part of Pinnacles National Monument (now Pinnacles National Park).