Robert Walton shares highlights from 42 years in the park. 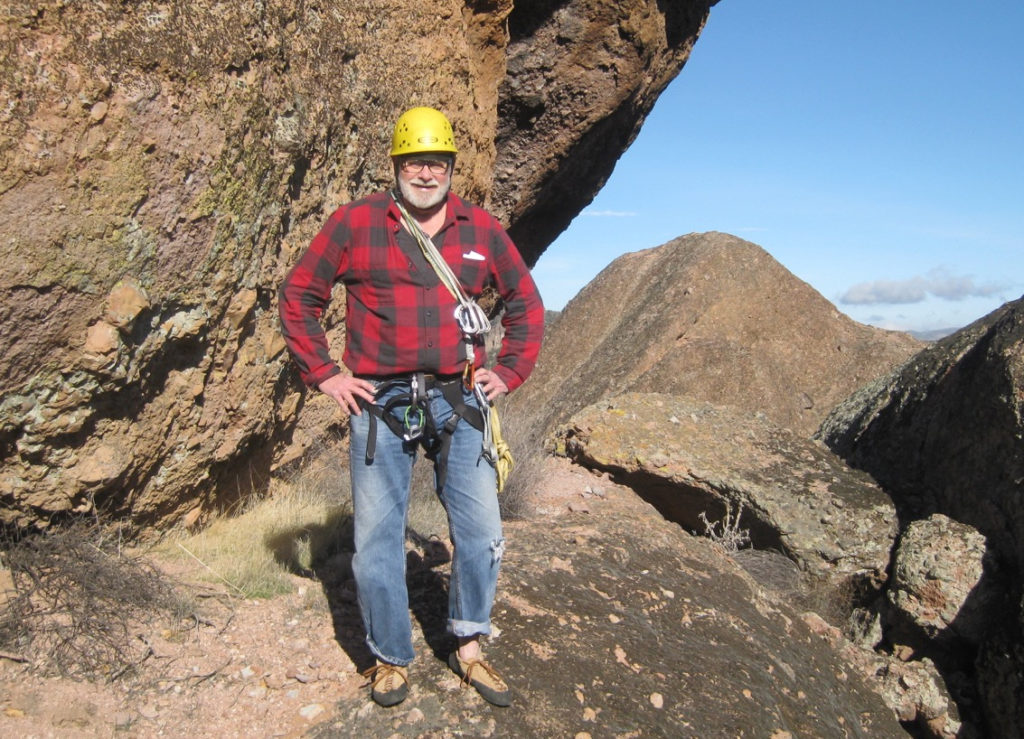 Robert Walton first climbed in Pinnacles National Monument in February 1977 and has been doing so ever since.

Speaking at the March 14 meeting of the Pinnacles Gateway Partners, Walton said he hoped to “open a few windows into the sport” and referred to Pinnacles National Park as “a true natural treasure.”

A slideshow capturing 42 years of climbing showed the park and rock climbers through many seasons. Walton’s tales of adventure and danger captured the group’s interest. He spoke of the thrill and beauty of the Pinnacles. He explained in detail the critical role of the equipment he used, even the very small parts.

Not all of Walton’s climbs in the park have been recreational. He said that several times he and others have been called to rappel rocks in order to help maintain off-trail areas. He described how he and another climber used their skills to get prairie falcon chicks back into a nest when the raptor biologist was out sick. He told of being dive-bombed by the parent falcon as he carried the chicks on his back.

Walton cautioned that climbing Pinnacles National Park can be more dangerous than some other places because the rock is not completely solidified. He referred to it as “portable,” unlike the granite rock found in places like Yosemite National Park.

Condor biologist Rachel Wolstenholme sought to remind climbers at the meeting to abide the nesting bird advisories and not go where protected species like condors and falcons are nesting.

Currently, over 1,000 climbers scale over 100 rocks in the park every year. Walton said that when he started, there were fewer than 100 climbers enjoying the challenges and unique beauty of the park.