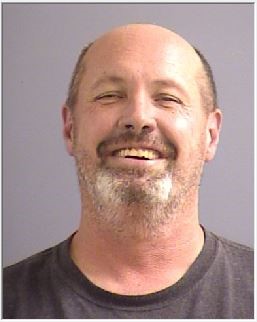 The following information was provided through a Hollister Police Department news release.

A transient damaging property has been identified quickly and arrested by Hollister Police Department for vandalizing Hollister city property on San Benito Street.

At about 11:30 am on Thursday Nov. 4, Hollister Police Officers responded to a complaint about damage to downtown flower planters near San Benito Street and Fourth Street.
The planters were set along the sidewalks through the downtown area adorning San Benito Street. The reporting party told police that  most of the city planters were damaged and destroyed totaling about three thousand dollars.
Surrounding business surveillance video captured a possible culprit but, it was not enough to make an arrest. Senior Officer Aguilera investigating the case recognized the description of the man’s clothing matching those of a local transient, Matthew Goodsell (49). HPD said Goodsell who is a parolee, “was arrested the day of the vandalism for battery on a peace officer and violation of parole”.
A search of the City Downtown Camera Network revealed Goodsell walking southbound on San Benito Street damaging and destroying the city planters.
Matthew Goodsell who was already in custody at the County Jail for the previously mentioned crimes was booked for felony vandalism of city property. Police say that Goodsell has been arrested on four separate occasions this past month for damaging property. 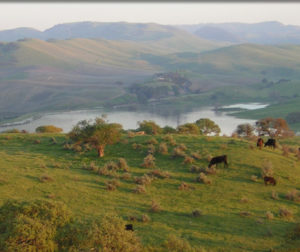