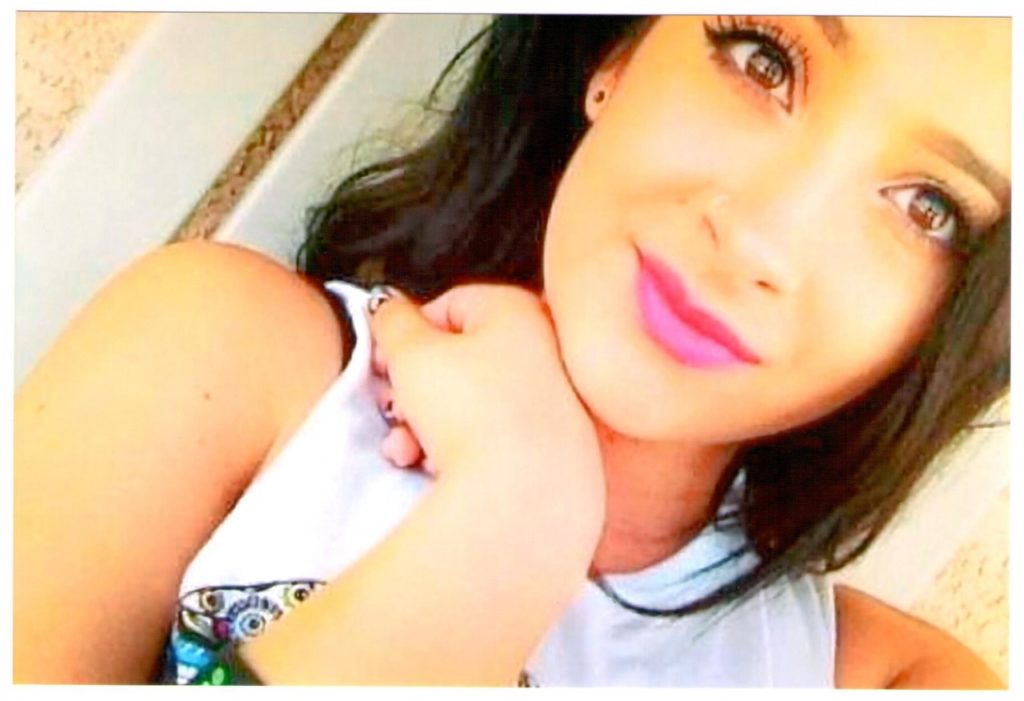 Police are still seeking the suspect in the 2014 murder of Ariana Zendejas. Photos courtesy of HPD. The Hollister Police Department on Feb. 10 sent out a press release reminding the public that the HPD’s investigation bureau is still seeking a suspect in the 2014 murder of Ariana Zendejas. The accused shooting suspect, Jose Barajas of Hollister, is still on the run.

Here is the statement from the HPD:

On August 1, 2014 at about 9 p.m., Hollister Police officers responded to a call of a shooting victim that had just arrived at Hazel Hawkins Hospital in a private vehicle. The victim was later flown to a Bay Area trauma center for medical attention. Victim Ariana Zendejas later died of her injuries.

Detectives have identified the shooting suspect as Jose Barajas from Hollister. The suspect is described as 5’9”, 160, Black hair with Brown eyes. Barajas has a tattoo of a “B” and a skull on his left forearm and skulls on his right forearm.

Jose Barajas currently has a felony warrant for his arrest for murder and kidnapping.

The Hollister Police Department Investigation Bureau is following up on possible leads of suspect Jose Barajas whereabouts; possible reported locations for Barajas include reports of him in Hollister, other states in the U.S. and Mexico. There is currently a reward for the apprehension and conviction of Barajas of $25,000.

The suspect Jose Barajas should be considered armed and dangerous.

Anyone with information regarding this incident is requested to contact Detective Sergeant Rosie Betanio at 636-4330. Persons wishing to remain anonymous may call WeTip at (800) 78-CRIME. Information provided to WeTip may qualify for a reward.