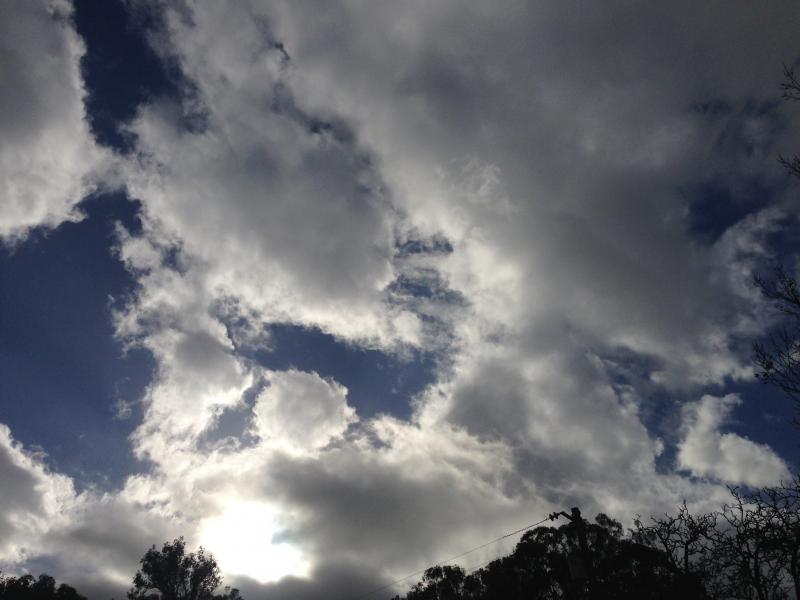 Long Range-Fantasyland Forecast; High Pressure remains dominant over the region thru Mon, Mar 17th, with a mini-heatwave possible on Sun, Mar 15th and Mon, Mar 16th as the High Pressure intensifies to a 582dm strength.  On the 17th a cold trough moves thru the PACNW and NORCAL, while at the same time the High Pressure ridge retrogrades westward to a position at 150W.  This allows the downwind eastern flank of the ridge to produce a colder trough which begins digging further south along the West Coast.  By Wed, Mar 19th the High Pressure ridge has built northward into the ARCTIC region along the Alaska/Yukon border with the downwind flank pouring ARCTIC air due south thru western Canada, then offshore near Vancouver, BC, then onshore at Cape Mendocino on a NW to SE alignment.  The short trajectory over water from Vancouver, BC to Cape Mendocino helps to modify the airmass slightly and add some moisture.  The 500mb temps aloft drop from -15° during Wednesday to -30°C overnight over Fresno as cold air advection arrives with a cyclonic flow producing some precip for the Southern Sierra with extremely low snowlevels.  Not expecting very much in the way of quantity and most of the precip will be in the higher elevations.  On Thu, Mar 20th the High Pressure tilts NE into northern Canada which locks the cold trough over the West Coast into place as the cold front pushes into SOCAL.  Cold air continues to advect along the same pathway into CA, with the very short water trajectory slightly modifying the airmass before it arrives into CA…thankfully.  If the water trajectory were not involved, temps would be much colder at the surface.  On Fri, Mar 21st the High Pressure ridge offshore weakens slightly, as the cold trough over the WCONUS remains stationary with the cold backside continuing the NNE flow pattern into CA.  The trough moves slightly onshore, which removes the water trajectory and thus the moisture content for the atmosphere, so precip becomes minimal.  The cold front retracts northward into the Tehachapi Mts with renewed low elevation snowfall.  On Sun, Mar 22nd both the ridge and trough weaken, but remain in place, with a continued NNE flow pattern which advects a cold and much drier airmass into CA.  NOT GOOD!  Overnight on the 22nd could produce very cold temps in the SJV, with a possible HARD FREEZE Event as charts show temps dipping as low as 28° to 32°

The details and timing of this proposed cold event are uncertain and will continue to evolve.  However the confidence level for a COLD EVENT on the horizon are rising each day.  With a moderately high level of confidence a forecast for much colder wx arrives around the 19th.   Confidence regarding frost or freeze is somewhat lower.  Charts suggest that as long as the trough remains over the region there should be enough cloud coverage and wind mixing to minimize frost/freeze conditions until the 22nd when the trough shifts east and skies clear, with would allow a pure radiational night to occur.  It is also possible that temps could reach 32° or lower as early as Thu, Mar 20th as charts show only a 20% cloud coverage and no wind with 500mb temps aloft at -29°C, and the 850mb temps at -3° and surface dewpoints dropping to 26°.  The descriptive text above is how the Operational 12Z GFS is forecasting wx conditions to be and they are very similar to last night’s 0Z model run…and also somewhat similar to the past several days, with timing differences.  However, there is lots of time remaining for models to evolve into a more traditional climatological solution for this event, which would be to either erase it altogether or the favored ideal …to push it eastward into the Great Basin…but the models have been consistently trending not in that direction.  This event needs to be monitored closely, because if the past several days worth of model runs does verify, this would poses a definite threat to SJV AG!

Stratus deck this morning is slow to dry out due to increased high level cloudiness.  Dry and mild conditions will prevail thru the weekend as High Pressure builds over CENCAL.  The stratus deck over portions of the SJV should burn off in a few hours.  The High Pressure will allow occasional high clouds to pass thru the region which may impact temps, that are expected to be above normal, with the warmest day on Sunday with mid to upper 70°’s and possible 80° readings at the hot spots occurring just before more cloudiness arrives.  In fact, those clouds may reach Madera Co by afternoon which could cap off temps, however the remaining portion of the SJV should stay mostly sunny.  Forecast charts show a weakening trough and cold front moving thru on Sunday night producing showers possible as far south as Madera Co while the rest of the region is partly cloudy to cloudy.  A few lingering showers are possible early Monday morning in Madera Co as clouds diminish and breezes pick up Monday evening.  Sunny/dry wx returns on Tue thru next Thu with gusty winds possible on Wed, Mar 12th and increasing on Thu, Mar 13th.