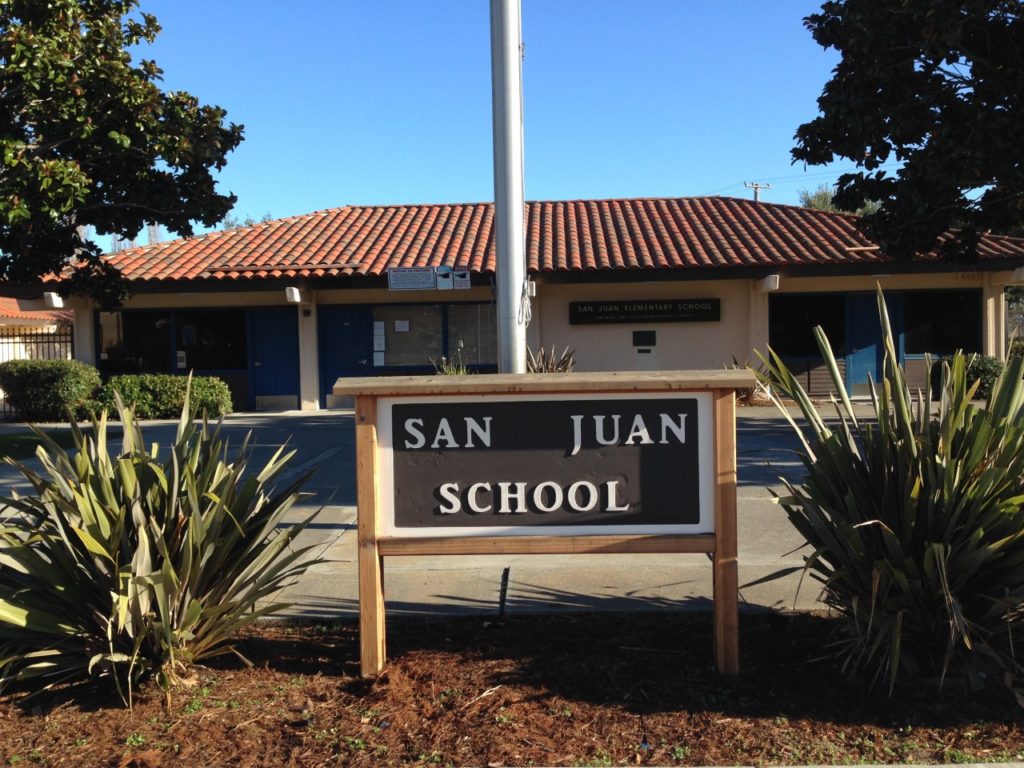 Spurred by an article featured in the Mission Village Voice that mentioned the founding of San Juan School and encouraged by the archival record housed in the San Juan Bautista Historical Society’s museum, Sara Frieberg is spearheading preparations for the school’s 150th anniversary next year.

Frieberg, a parent member of the San Juan Home and School Club, approached the club last year about commemorating the milestone. The organization welcomed the idea, and Frieberg volunteered to lead the effort.

Located north of the city, San Juan School was established in 1868. A second campus was built on First Street, closing when the current site at 100 Nyland Dr. opened its doors in 1969.

Though the anniversary is a year away, Frieberg is busy raising funds to spruce up the campus and tracking down alumni to help celebrate the anniversary.

In a telephone interview with BenitoLink, the San Juan resident explained that upgrades to the school's gymnasium are a priority. The venue hosts several, school-related events throughout the year, including the 8th grade graduation ceremony.

“It’s about safety and aesthetics,” Frieberg said of improving the gym’s lighting and sound, as well as installing fireproof stage curtains.

She added that the home and school club—which has established a Razoo fundraising account to pay for the upgrades—would like the improvements made in time for 2018-19 academic year, giving that year’s graduating class additional memories to cherish.

Involving alumni from the school’s former and current sites in the 150th anniversary is important, too, explained Frieberg, but she realizes that it could take some time to reach them.

“I knew we [the home and school club] needed to start early, finding alumni and getting them to feel reconnected to San Juan School,” she said.

Taking advantage of social media’s exponential reach, Frieberg has set up a Facebook page to begin the process.

Donations can be made online at https://www.razoo.com/story/Sanjuanschoolcelebrate or checks can be made out to San Juan Home and School Club and mailed to the school at, 100 Nyland Dr., San Juan Bautista, CA 95045.