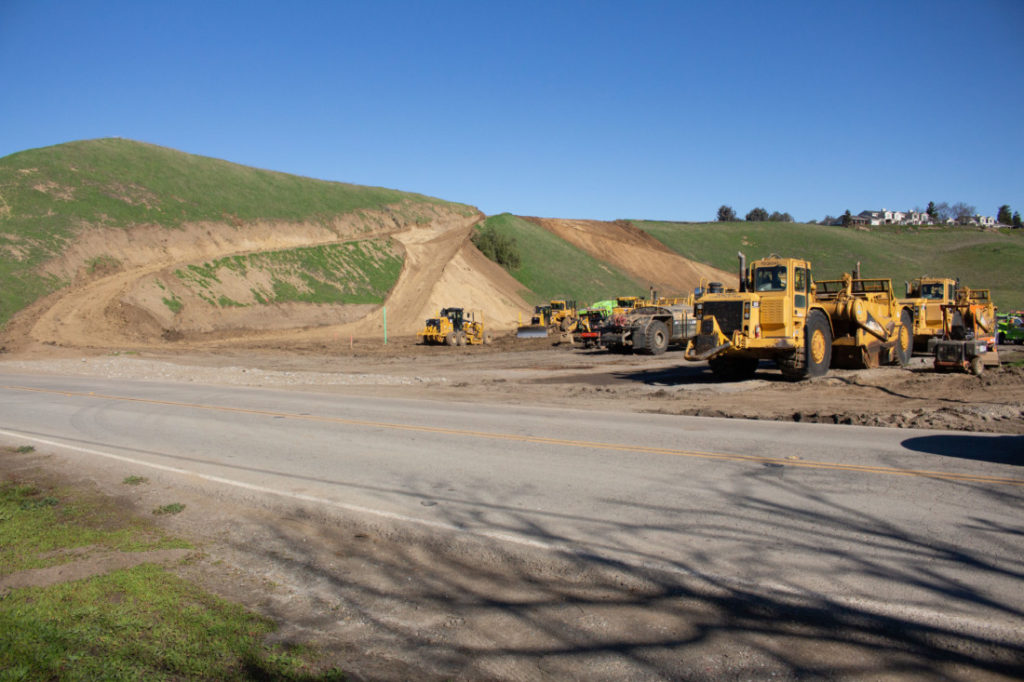 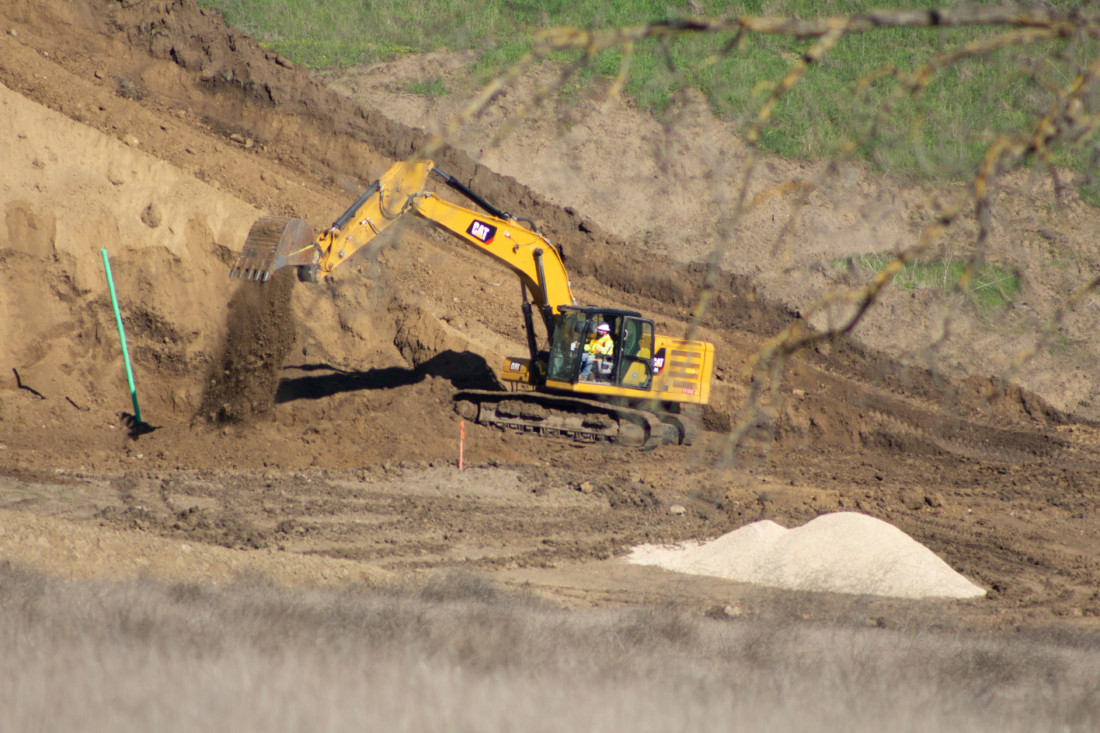 Construction is underway to connect a 90-unit development that borders the Ridgemark Country Club to Southside Road. The developer submitted building permits in November.

According to agenda records, the Planning Commission approved the project, known as the Promontory development in April 2018 and the architectural plans in October 2020. The housing design includes three styles—farmhouse, Spanish and European country—on lots that vary from 8,550 square feet to about 29,000 square feet. The development will be enclosed by a combination of tubular steel, chain link, concrete and wood fencing.

The project is located on a 50-acre site and includes three neighborhood parks, and a six-foot wide bicycle/pedestrian path throughout the development that is separated from the roadway by a curb or gutter.

The development will have a road that connects it to Ridgemark and a second entry/exit point to Southside Road, which includes a gate. San Benito County Supervisor Bob Tiffany said the Ridgemark Homeowners Association previously voted to annex the development into Ridgemark.

Though an appeal was submitted following the 2018 approval, it was later withdrawn, according to planning records.

On November 17, the Planning Commission approved on a 2-1 vote removing a requirement for the developer to preserve one acre of comparable agricultural productivity land for every acre of prime farmland that is converted to non-agricultural use, as a result of the project. The mitigation also provided an option to pay an in-lieu fee of $870,00 to the San Benito County Agricultural Land Trust, according to the Board of Supervisors Sept. 28 staff report.

That report states the mitigation was incorporated into the condition of approval because of “incomplete and incorrect data and analysis in the environmental impact report stage.” The report also states there is no important farmland within the project.

The developer, Century Homes also sought in 2019 to remove a condition that required submitting proof of legal access through Ridgemark, or providing an agreement with the Ridgemark Homeowners Association allowing the project to use the existing roads.

According to the April 2, 2019, staff report, the developer was requesting a waiver because of its “inability to negotiate a mutually acceptable agreement with Ridgemark Homeowners Association regarding right to access.”

The report also states that both parties were in litigation regarding right of access.

Records show the item was pulled from the agenda without discussion.

A similar item was again pulled from the May 21, 2019, agenda without discussion. According to the staff, in addition to requesting the waiver of that condition, it also sought to remove the requirement to potentially build a traffic circle at the north entrance with the permission of the Ridgemark Homeowners Association and affected property owners, and an affordable housing requirement.

The Planning Commission approved the project on the condition that developer build 13 secondary units to satisfy the county requirement of 15% affordable housing instead of collecting an affordable housing fee of $4,500 per unit, which would have totaled $405,000.

Motorists on Southside Road may experience delays resulting from the work.