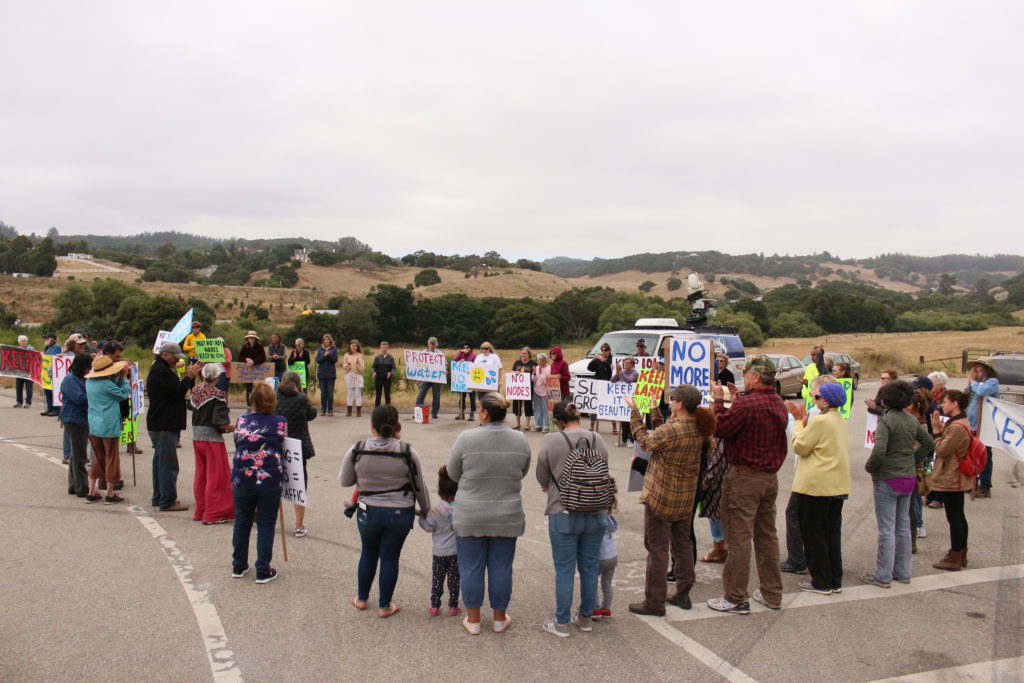 Protesters form a circle before marching toward the San Juan Road overpass at a July 19 demonstration over proposed development along Highway 101. Photo by Noe Magaña. 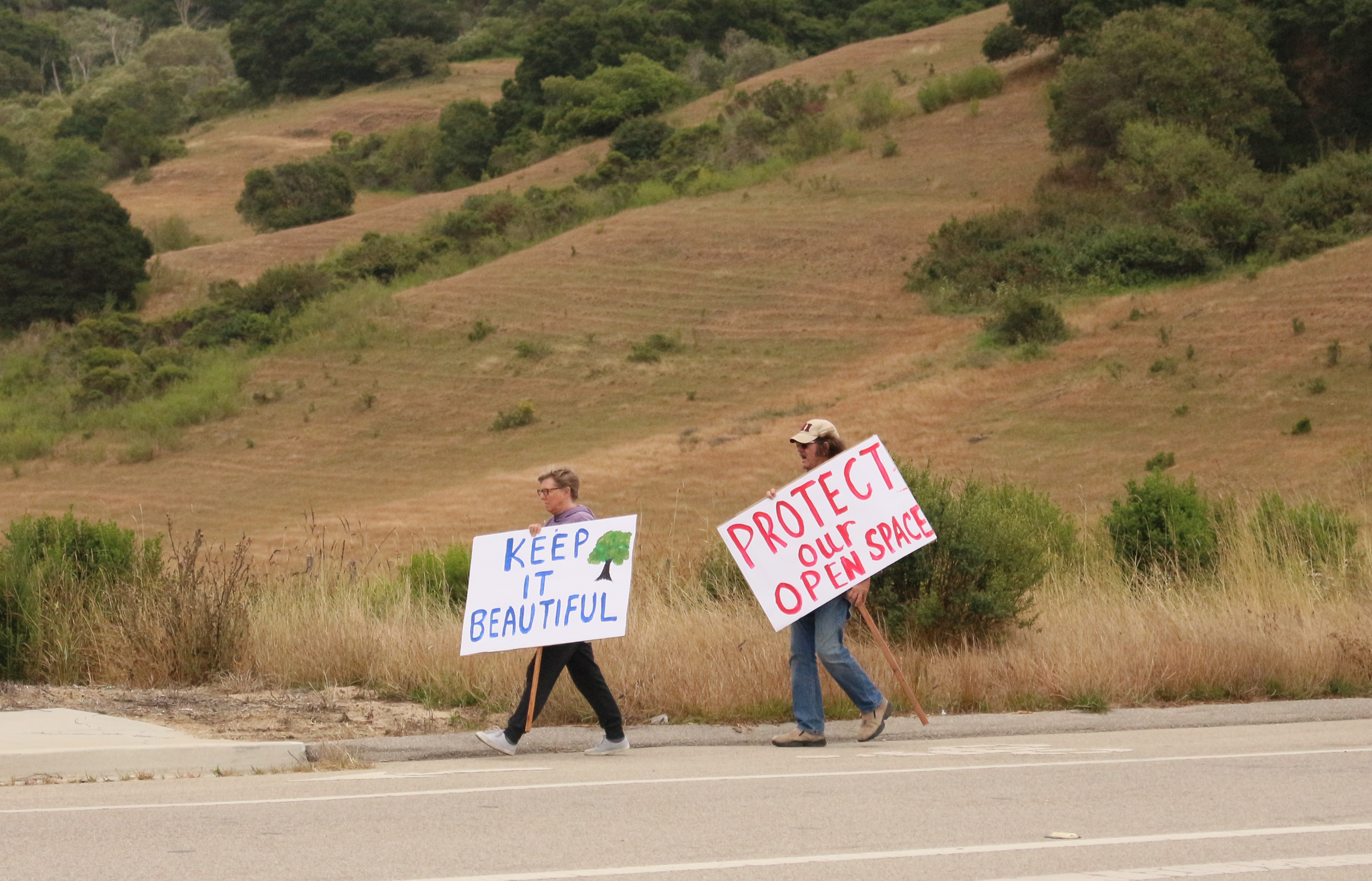 Two protestors walk toward the Highway 101 overpass during a July demonstration against the rezoning of four commercial nodes. Photo by Noe Magaña. 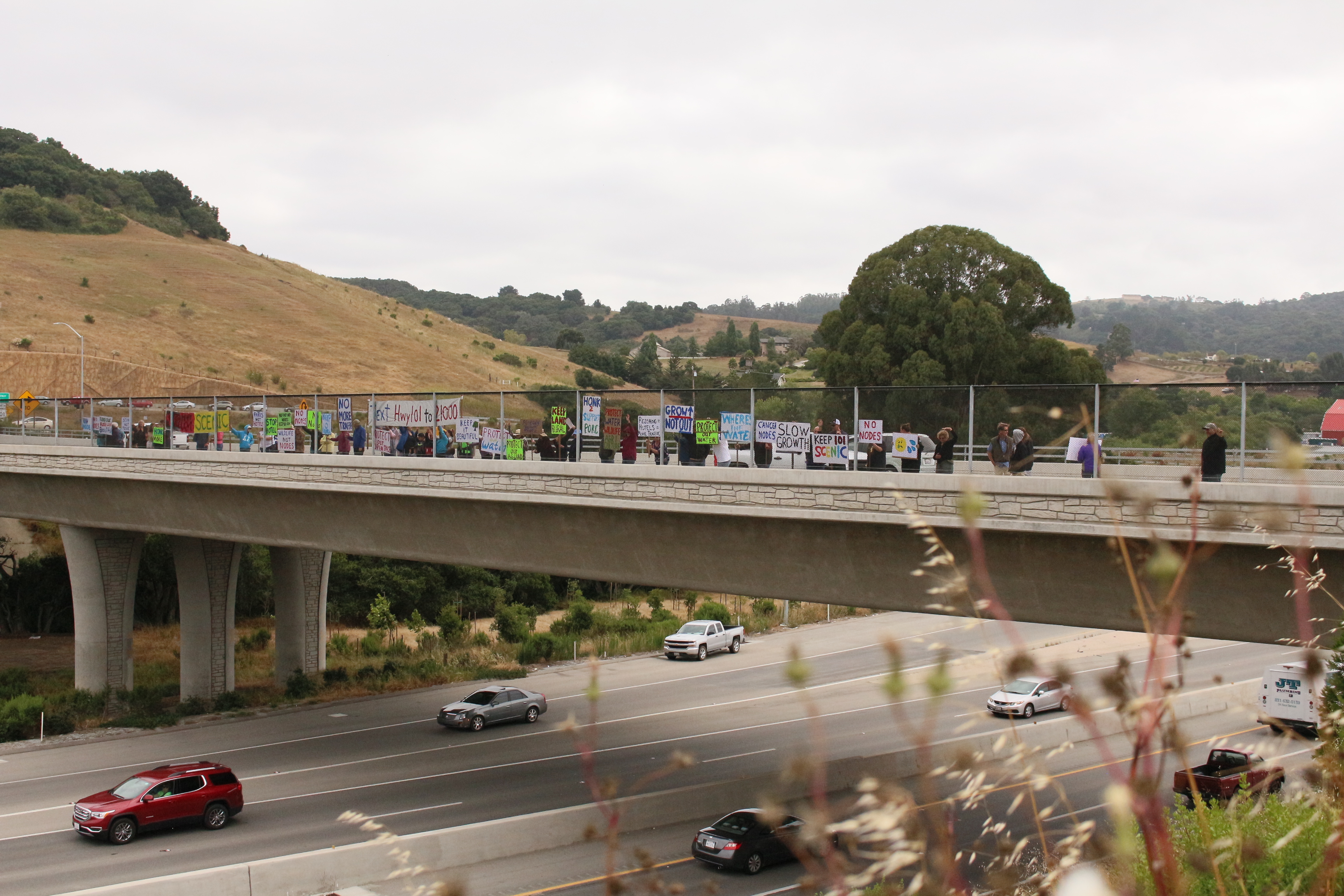 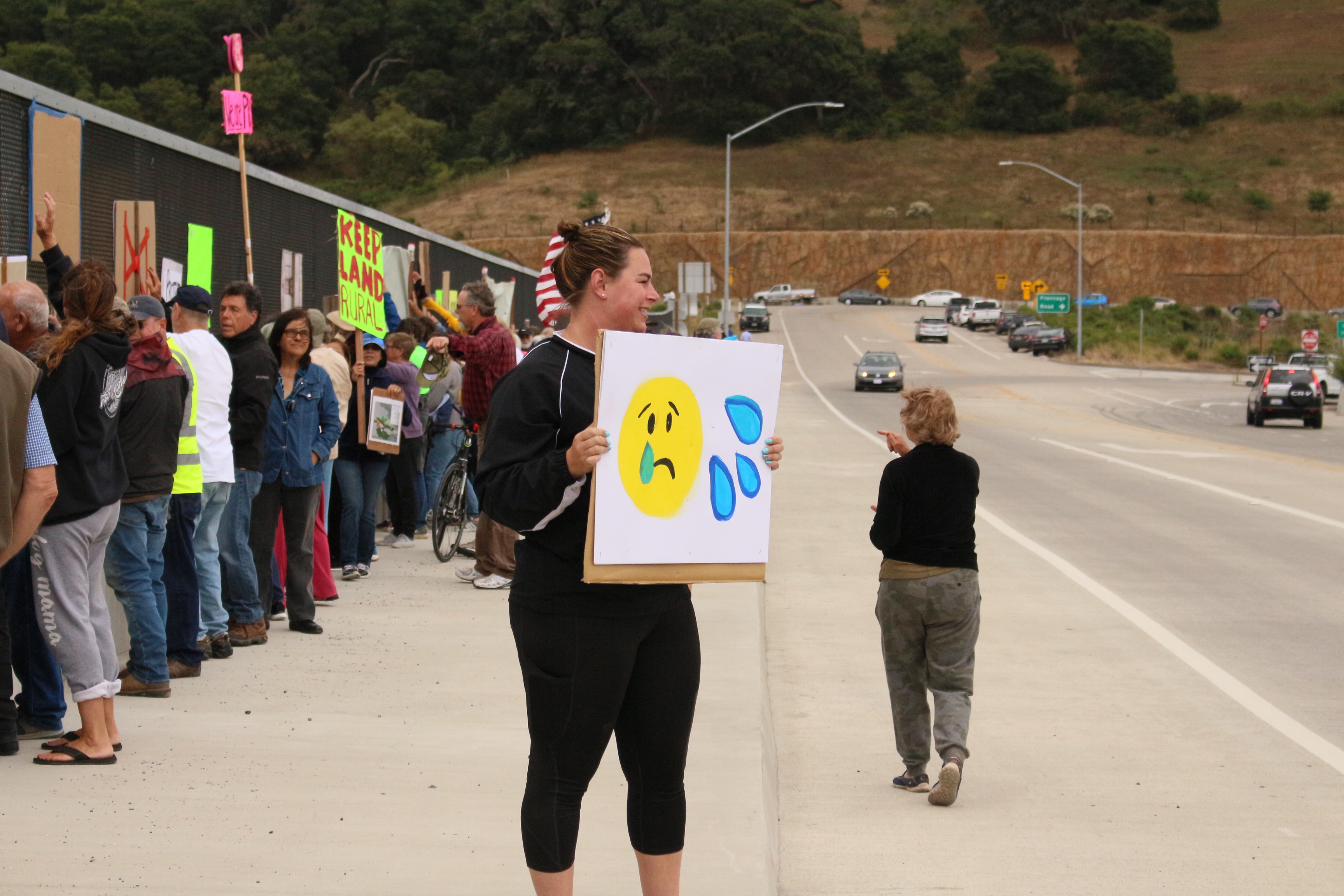 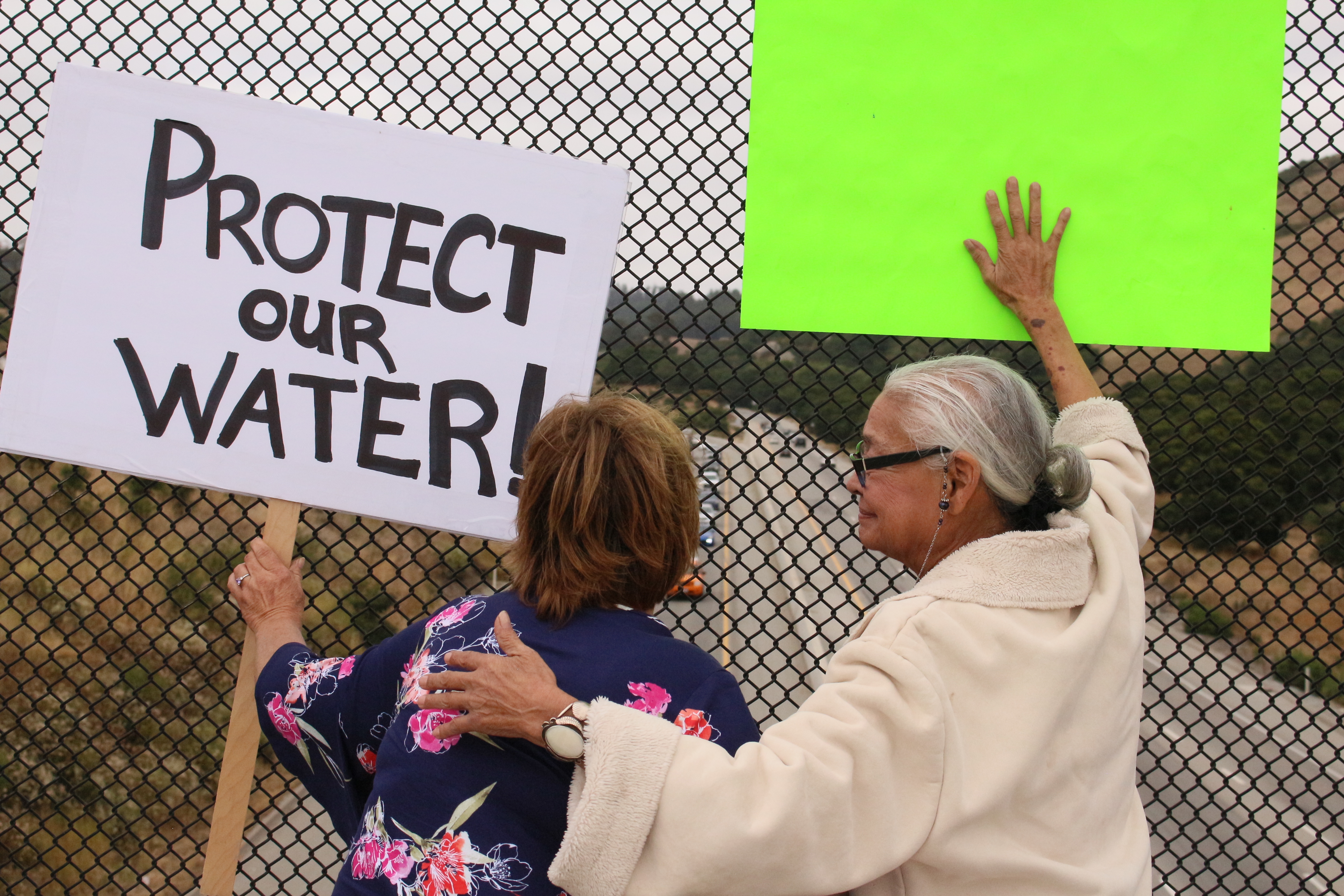 Ann-Marie Sayers hugs with another demonstrator while holding a sign on the San Juan Road overpass. Photo by Noe Magaña. 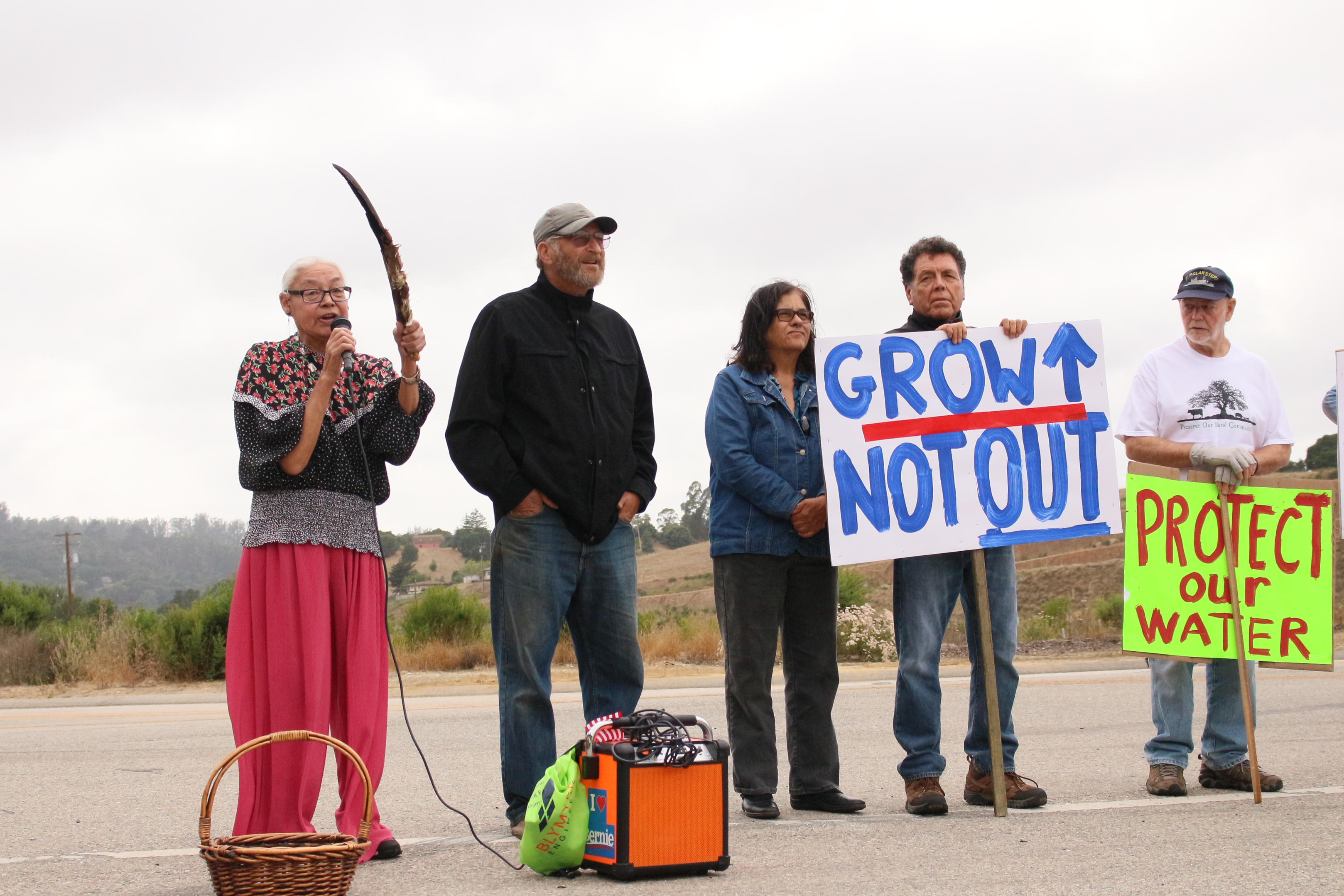 Ann-Marie Sayers speaks at a PORC demonstration in July against the Highway 101 commercial nodes. Photo by Noe Magaña.
×

Dozens of people marched across the San Juan Road overpass on July 19 carrying signs and banners in a protest over rezoning to allow development of four commercial nodes along Highway 101.

The protest stemmed from the San Benito County Planning Commission’s decision on May 15 to change the zoning of four nodes along Highway 101 to Regional Commercial (C-3). The nodes are known as Betabel, Route 129/Searle Road, Rocks Ranch and Livestock 101.

Supporters argue that development will increase the county’s tax revenue by offering services to the thousands of motorists travelling on Highway 101, while opponents say development will impact local water supply, change the landscape and add to traffic.

“The main thing that I keep thinking of is how good it is for our soul to have this beautiful, peaceful area,” she said.

Preserve Our Rural Communities (PORC), a nonprofit organization based in Aromas, organized the Friday protest. Andy Hsia-Coron, PORC’s spokesperson, led a short press conference that included an open mic portion that offered any member a chance to speak to the crowd. Hsan-Coron urged the group to attend local board meetings to raise awareness of the issue.

Before heading to the overpass and getting honks from motorists passing under the bridge, local Ohlone leader Ann-Marie Sayers said it was important for the landscape to “stay as natural as it can.” She then led a ritual in which protesters faced West, North, East and South as she said a prayer in each direction.

“Get your thoughts out there so that the wind that is blowing, it will connect with the trees and all the life that surrounds us,” Sayers said.

Members of PORC spoke against the rezoning at the San Benito County Planning Commission meeting on May 15.

After failing to stop the commission’s approval of the zoning changes, PORC urged the San Juan Bautista City Council to stand against the rezoning. The council approved sending a three-page letter opposing development to the San Benito County Board of Supervisors on July 16.

PORC member Mary Hsia-Coron said the group plans to voice its objections at the supervisors’ August meeting, where the board is expected to approve the rezoning.