Compost company shares plan for increasing capacity and trucks at facility near Hwy. 25. 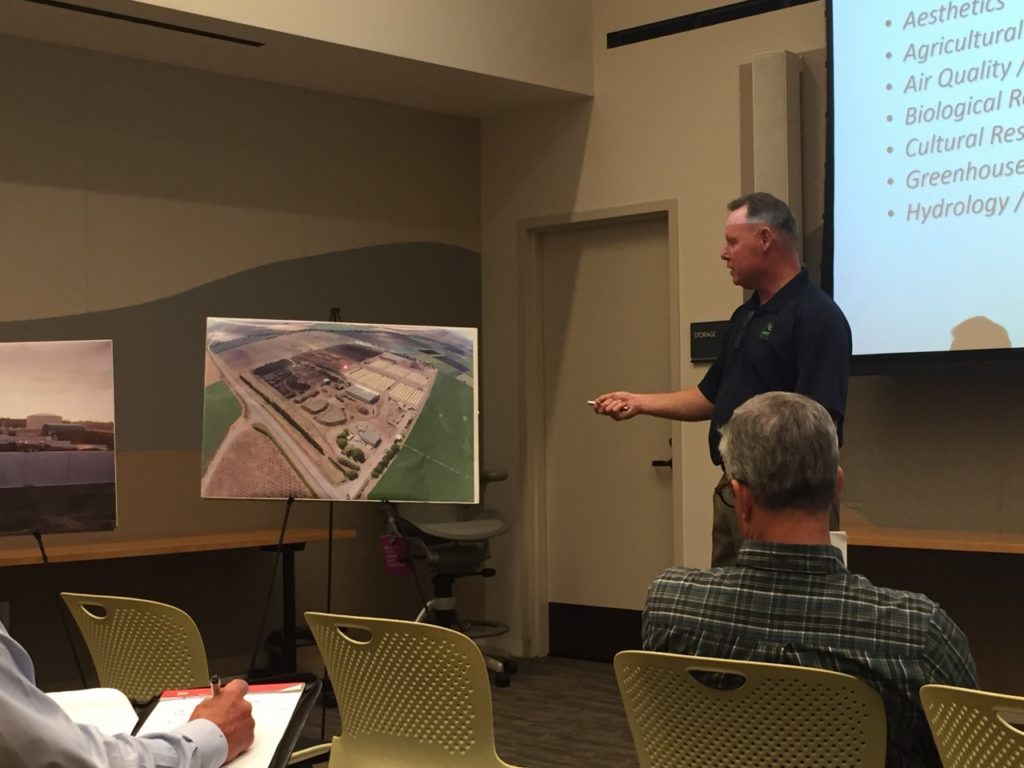 With the proposed expansion of a composting facility near Hwy. 25, San Benito County residents now have the opportunity to comment on the project.

Z-Best, the composting facility near the San Benito-Santa Clara County line, is proposing a modification to its current composting process. Combined with changes in operations and site design, the new process is expected to increase the company’s current daily output of 1,500 tons to 2,750 tons.

According to an Oct. 15 announcement from the Santa Clara County Planning Department, the increase would put an additional 59 trucks per day on Hwy. 25.

Z-Best Operations Manager John Doyle gave a presentation on the proposed project, which he said is estimated to cost between $15 million and $18 million.

To mitigate traffic issues that could be caused by the additional trucks, the Z-Best project would include acceleration and deceleration lanes in front of the facility on both sides of the highway. The additional inbound truck traffic would occur between  8 p.m. and 4 a.m., Doyle said. He estimated that 90 percent of Z-Best-related traffic comes and goes through the Santa Clara County side of Hwy. 25, using the Highway 101 exit.

According to the Oct. 15 announcement from the Santa Clara County Planning Department, “The EIR will evaluate site access and circulation with a focus on impacts to SR 25 from the additional truck trips. The truck traffic assessment would evaluate intersection levels of service for existing and projected peak-hour traffic volumes with the proposed facility expansion at the project driveway and at Bolsa Road intersection, with and without the SR realignment. An analysis of Vehicle Miles Traveled will be included for information purposes.”

All public comments on the proposed composting facility expansion project must be received by 5 p.m. on Nov. 16.