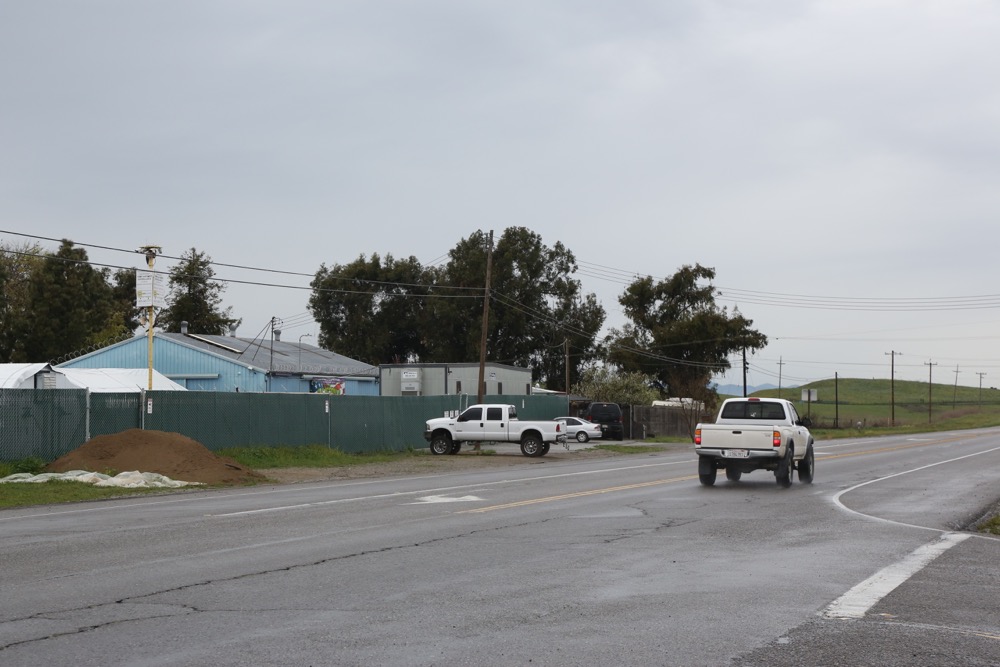 A cannabis business on the outskirts of Hollister is expected to have a preliminary injunction this week. Agricultural Labor Services claims that it entered into a cultivation and consultation contract based on fraudulent documents. Purple Cross Rx owner Scott McPhail denies the allegations.

Plaintiff Steve Scates, Managing Member of Agricultural Labor Services told BenitoLink that he wanted to make people aware of a bad situation. His attorney, Jeremy Liem of Pipal Spurzem & Liem LLP in Hollister, filed in February for a temporary restraining order against the defendants from moving, selling, concealing, disposing of a list of items worth more than $550,000.

According to court documents, Agricultural Labor Services entered into a contract with Purple Cross Rx for indoor/outdoor cannabis cultivation and consultation on or around April 1, 2017. The relationship lasted about six months until the grow operation at 1980 Bolsa Road was cited by the county for unlawful cultivation. According to court documents, a San Benito County enforcing officer observed unlawful cannabis cultivation at the address on Oct. 11 and again on Nov. 13.

In December 2017, supervisors approved a ban of all existing commercial cannabis activity in unincorporated areas of the county, encompassing both medical and recreational operations. The ban will remain in place until supervisors pass a new cannabis business ordinance, expected later this year.

A county enforcing officer re-inspected the facility at 1980 Bolsa Road on Nov. 28 and found the unlawful cultivation had been voluntarily abated the day prior.

Claims of fraud stem from the settlement agreement between Purple Cross Rx and San Benito County, which allowed the cannabis business to cultivate indoors.

Court documents show that around Feb. 2, 2017, two months before the April signing of the consulting contract, Purple Cross Rx allegedly emailed Agricultural Labor Services an altered copy of the settlement agreement and mutual release of claims between the cannabis business and San Benito County.

During the negotiation of the consulting contract, Purple Cross Rx allegedly told Agricultural Labor Services that outdoor cannabis cultivation was permitted at the growing facility by San Benito County pursuant to the settlement agreement with the county from 2013, according to court documents.

McPhail said he and his attorneys are filing an opposition to the suit.

“To be clear, I deny acting fraudulently,” McPhail said by email Monday. “Mr. Scates is claiming that I committed fraud based upon the existence of a settlement agreement I had with the county. In fact, the county found that, after Sept. 27, 2016, the settlement agreement was moot. Thus, it could not have been relevant, as Mr. Scates is claiming, in 2017.”

The county’s settlement agreement and mutual release of claims with Purple Cross Rx was related to its operation as a medical cannabis dispensary at the time. As part of the agreement, and for purposes of that agreement alone, the county did not interpret “indoor cultivation of marijuana” to be a prohibited land use, according to findings from the administrative hearing.

Additionally, since the medical cannabis cultivation occurred inside unpermitted greenhouses, the cultivation activities are not protected by the settlement agreement.

According to court documents, Agricultural Labor Services terminated its consultant contract with Purple Cross Rx on Nov. 23, based on what it claims were fraudulent misrepresentations.

Around Dec. 12, Agricultural Labor Services attempted to collect the equipment they believed were entitled to, as spelled out in the consulting contract. The company said it spent upwards of $550,000 to purchase and construct cannabis growing facilities at 1980 Bolsa Road. This included the purchase and installation of grow lights, digital ballasts, air conditioners, dehumidifiers, heaters, chop saws, table saws; the building of adequate electrical facilities and construction of a drying room.

Court documents state that upon arriving at 1980 Bolsa Road, a San Benito County sheriff’s deputy prevented Agricultural Labor Services from retrieving their property and instructed them to file a civil suit and obtain a court order or writ of possession in order for the department to permit recovery of the property.

Following the retrieval incident, Agricultural Labor Services made a written demand to Purple Cross Rx for the return of their property, but court documents state that Purple Cross Rx has not responded.

The preliminary injunction is scheduled for March 22 at 1:30 p.m. at San Benito County Superior Court located at 450 Fourth St. in Hollister.