He reflects on the speakership, his new district and issues facing San Benito County. 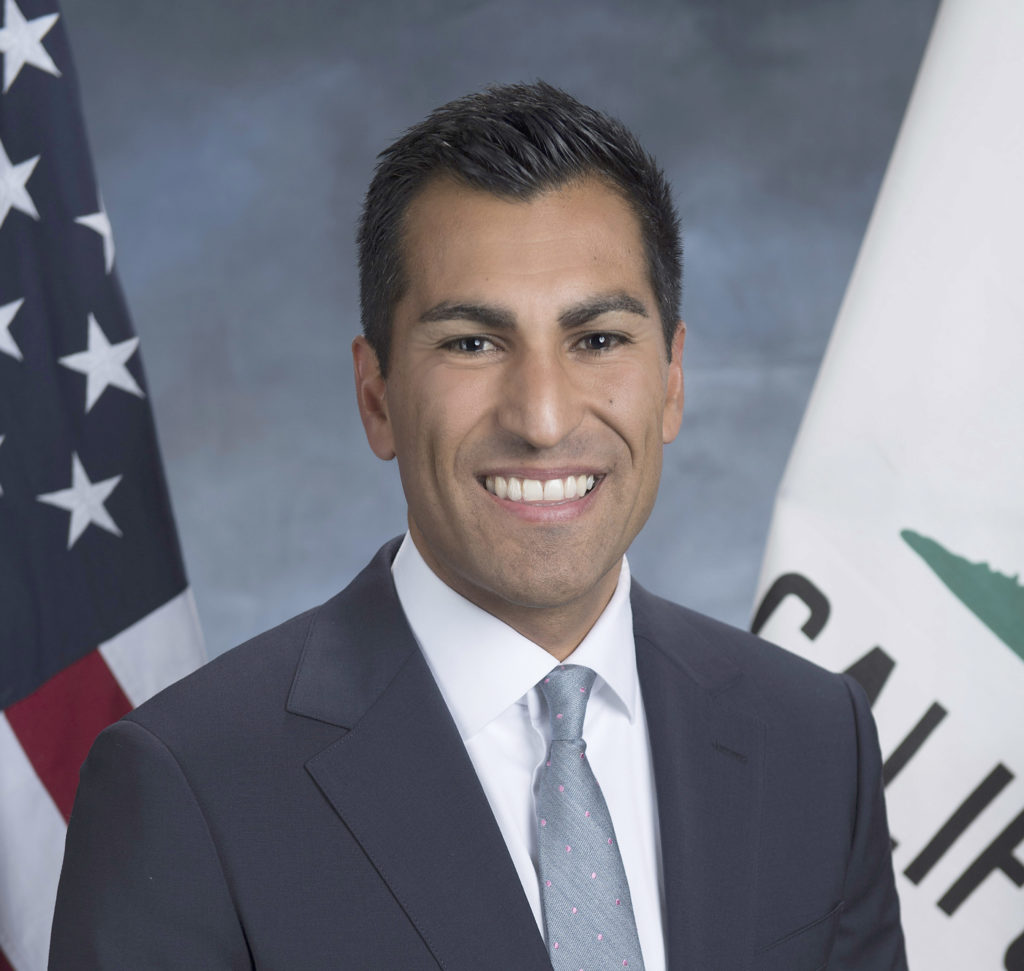 A May 27 news release from the office of California’s 30th District Assemblymember Robert Rivas claimed he had secured enough support to become the next Assembly speaker, saying he had begun “discussions on a transition” with the current speaker, Anthony Rendon (D-Lakewood), that morning.

The release led to a six-hour, closed-door caucus on May 31. At day’s end, Rendon and Rivas issued a joint statement in which Rivas conceded the speakership to Rendon, saying “Anthony Rendon is serving us well as speaker and we have a lot of important business in front of us. I agree with the majority of our current caucus that Speaker Rendon should remain as speaker for at least the rest of this legislative session.”

On June 10, BenitoLink spoke with Rivas about this turnaround, his thoughts on how he has represented the concerns of San Benito County voters, how redistricting has affected his priorities, and what he sees in the future for his district.

BenitoLink: Could you talk us through what happened with the speakership?

Rivas: This has always been about a long and steady transition; this was nothing about it being abrupt as being portrayed by some media outlets. The speaker and I had our first meeting yesterday and I look forward to focusing on the work we have in the years to come.

The press release we got suggested that it was very abrupt. Was that just a misstated release?

No, it wasn’t misstated at all. It was similar to other transitions and I followed historic precedent. Every leadership change is unique. But there is nothing unique in our intent, which was to plan for a peaceful and orderly transition. We started this conversation two weeks ago with more votes than necessary to succeed him, not take him out. Our bottom line is that we all support each other and we want to build a legislature that is focused on progress and results.

Did Rendon signal that he was ready to move on from the speakership?

No, but we are all impacted by our term limits. I am in the middle of my second term and Speaker Rendon is entering his final two-year term. With a number of legislators terming out in 2024, this is naturally going to be a period of transition and leadership change.

Do you think term limits hurt the ability of legislators to maintain consistent governance?

There are things to be said for term limits in providing an opportunity for others to serve. But the argument can go both ways. Certainly, institutional knowledge is important and long-standing advocates can have considerable influence and power. And that is a reasonable and practical argument against term limits—there are some very good legislators out there who have the best intentions.

What are the pluses and minus of your redistricting?

My district did not change much with the redistricting, as opposed to colleagues who had very radical changes. The composition of the district, the ideological breakdown and the diversity of the district, did not really change. Geographically, it got a little smaller, so we will continue to represent the Salinas Valley, San Benito County and Gilroy, but no longer Morgan Hill. And Big Sur is no longer in the district. But we will continue to represent communities we have already built relationships and trust with.

What changes do you see in the likely shift in the district from Rep. Jimmy Panetta to Rep. Zoe Lofgren?

Jimmy Panetta is still going to be our neighbor and will be there to champion our issues. But Zoe Lofgren is one of the most respected and accomplished legislators in Congress. She is the chair of the delegation and has been leading the charge on so many issues. If you have been following her since the redistricting, she has been to every corner of this district and meeting with stakeholders, which is exactly what you want your representative to do.

In the June 7 election, we had less than 21% voter turnout. Are you worried about the indifference people are showing toward the election process?

I think it is disappointing. Turnout has been incredibly low other than in 2016 and 2020. I think this has been a very challenging time, with a historic moment with COVID-19, and low turnout is expected in non-presidential elections. Our votes are our voice and our representation matters. We have to do a better job of getting people engaged.

Recent votes seem to indicate that Congress has reached a point of total partisan gridlock. Are you seeing the same in the California Legislature?

You would be hard-pressed to find any issue where there is not some level of cooperation between Democrats and Republicans in the legislature. I have enjoyed the level of engagement I have had with so many colleagues representing all parts of California, learning about their experiences. As the chair of the Agriculture Committee, I have done my best to understand all aspects of agriculture and engage all stakeholders within the agriculture space to learn about the issues they are facing to remain competitive and meet the challenges we have seen with climate change, COVID and the drought.

What do you have in mind for future legislation pertaining to San Benito County?

We have bills moving through the legislature concerning the environment and water along with farmworker housing, among others. We have a historic budget surplus in this state but we are going to be impacted by the state appropriation limit in our ability to distribute these funds where they are needed. [A list of current legislation that Rivas is involved with can be found on his government website.]

One of the biggest areas of concern in the county is housing. What can be done?

With housing prices, it is not just an issue in San Benito County but across the state. And it is clear there is no silver bullet solution that works for every community and that is what makes it one of the biggest challenges. Land prices continue to climb and labor and construction costs are at all-time highs. All of this impacts our ability to provide affordable housing. And because of the various stakeholders, sometimes it is very challenging to pass any bills that would help.

Another concern is transportation. What are your thoughts on this?

We lead the nation in super-commuters that are commuting more than two or three hours a day. We don’t really have viable mass transit options. We are dependent on our vehicles so it comes back to housing—where we build, how we build. We have to come up with ways that housing can work for our communities. And we need to do a better job of alleviating the traffic.

During the pandemic, for example, we saw more people telecommuting and that cut congestion. So it becomes important to look at things like that and try to build more resiliency into our lives.

Our region depends on an efficient transportation network because of agriculture, and I think we have had historic underinvestment in infrastructure. We need to highlight the problems that continue to exist on Highways 25 and 156. We talk about the government working for residents, and that is a perfect opportunity.