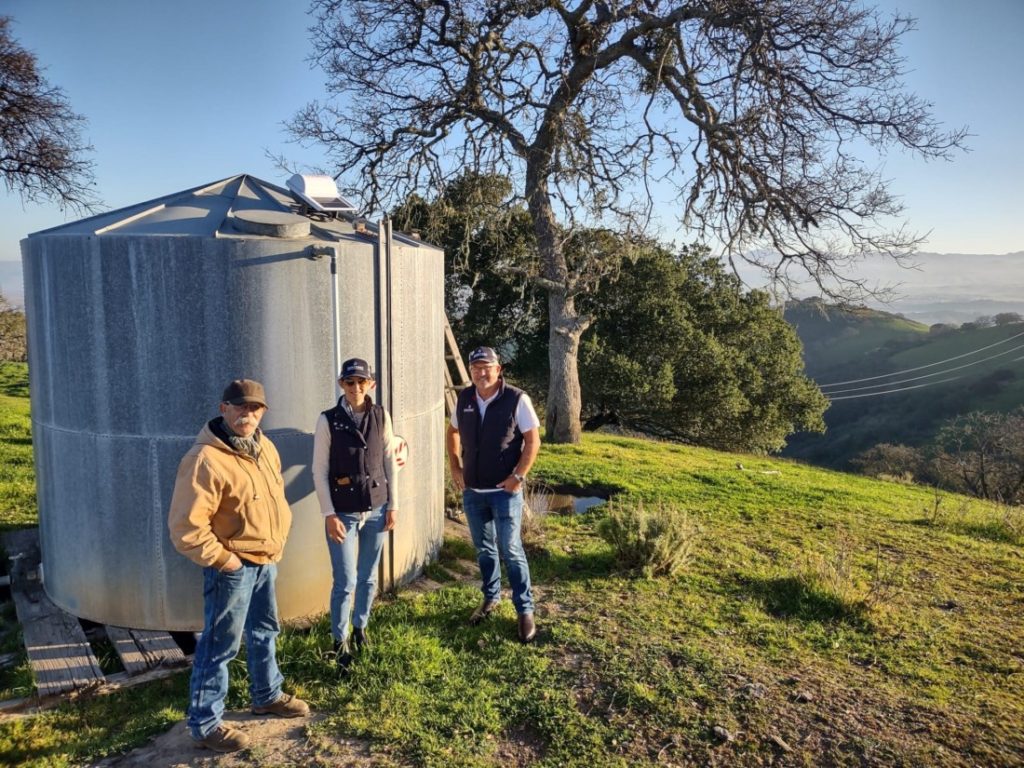 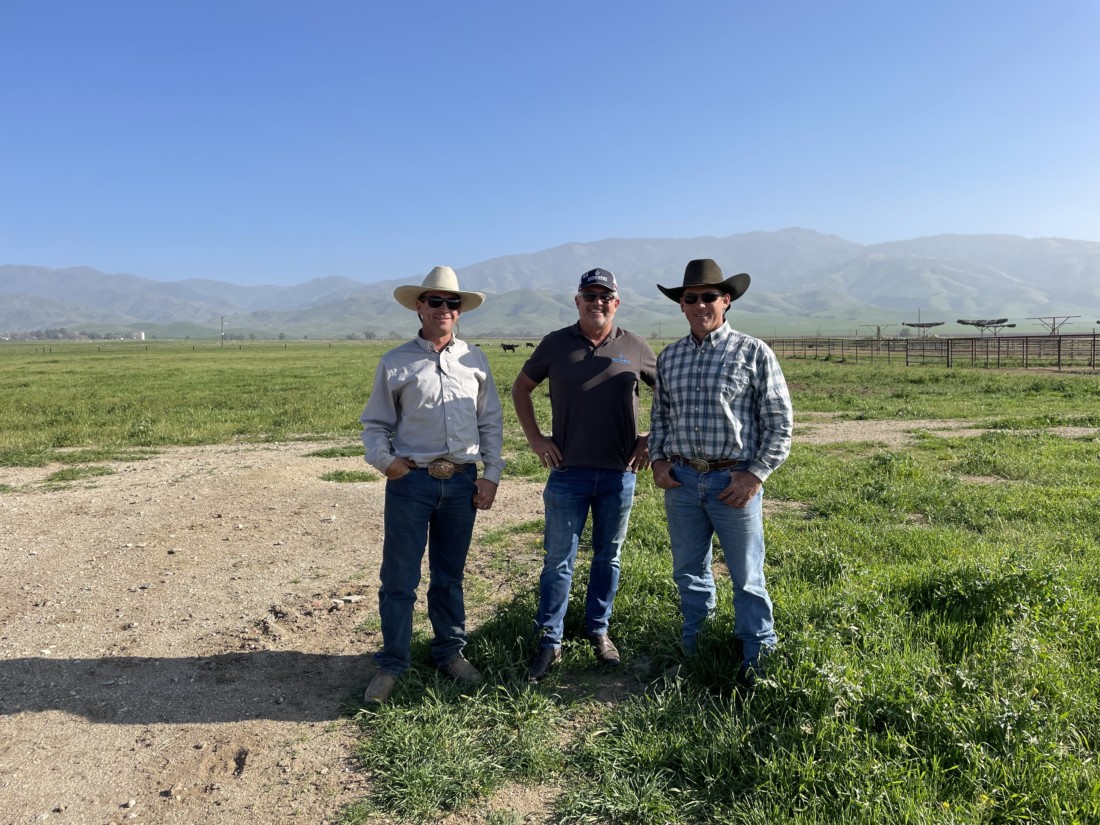 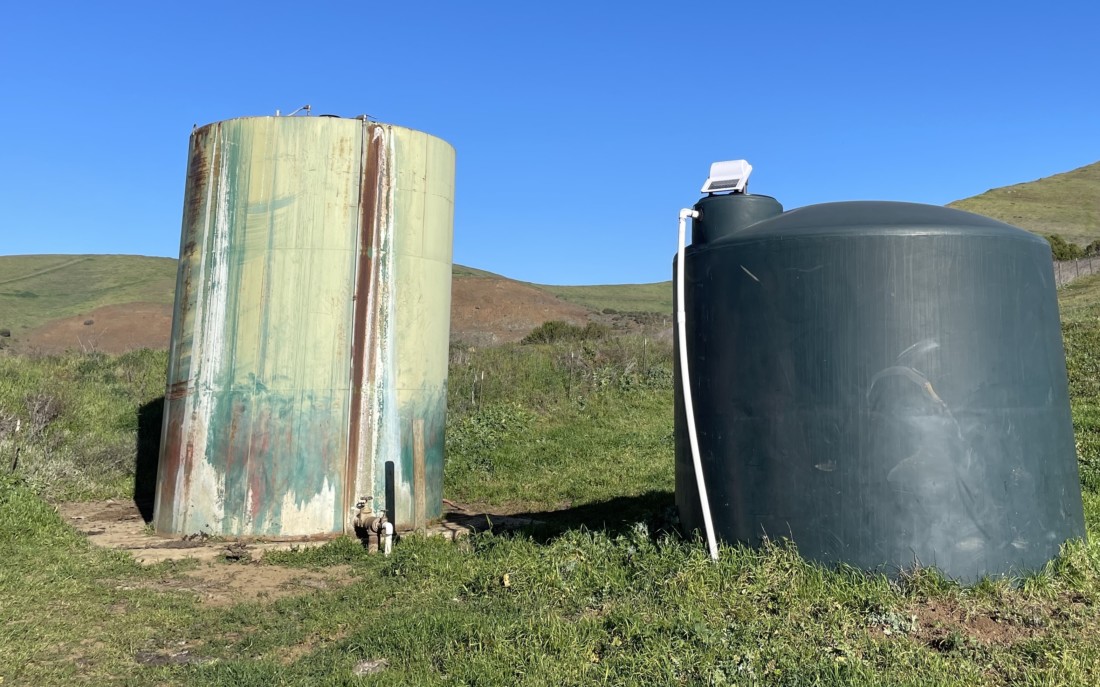 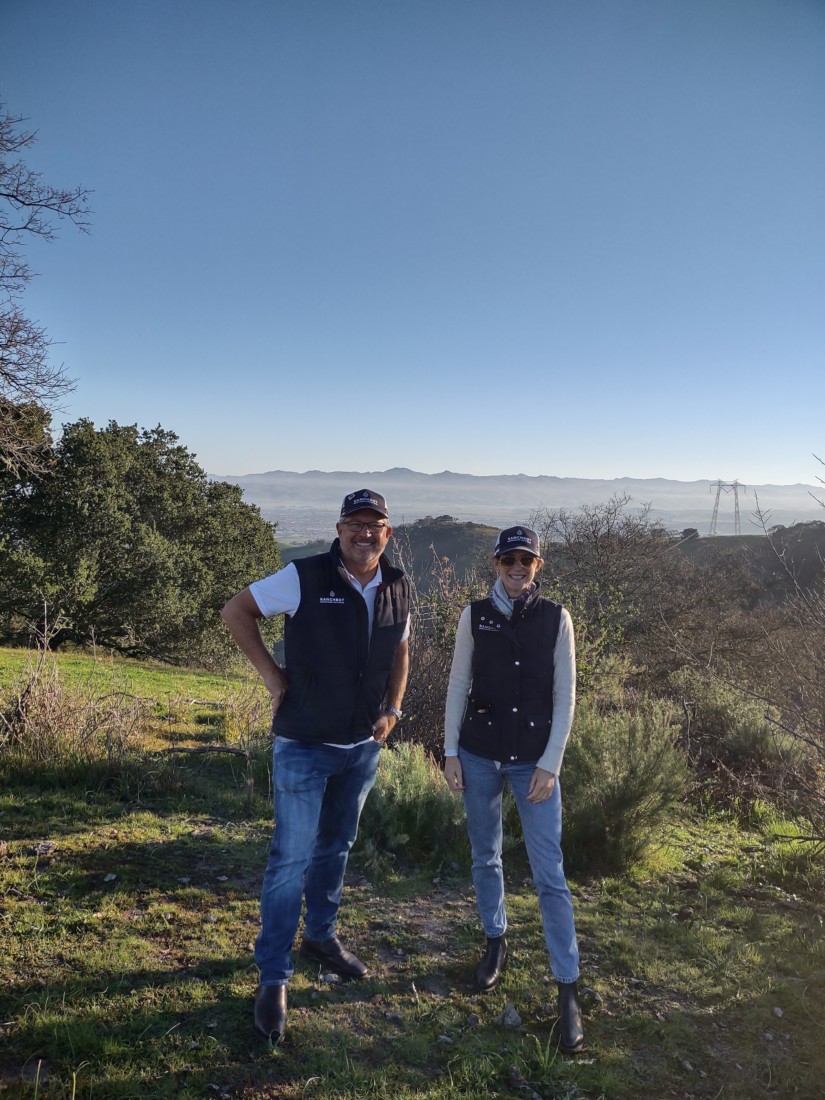 Part of John Eade’s daily routine is driving 50 miles to his ranch to check on his cattle. As important, or maybe more so, he monitors the water levels of 62 troughs and seven tanks in his 50-square-mile ranch operation.

The 77-year-old rancher has done this for most of his life, which includes spending time inspecting his water tanks and troughs for leaks or cracks.

So when he was offered to try Ranchbot to remotely monitor his water supply, he jumped at the opportunity.

Ranchbot founder and CEO Andrew Coppin said the monitors allow ranchers to know real-time water levels and send notifications via cell phone messages or email when there may be an issue.

“It’s changing the dynamic of how ranchers are managing water,” Coppin said.

Managing water has always been important for ranchers but they now must pay even closer attention as California continues to experience drought conditions.

According to the National Integrated Drought Information System, 99.5% of San Benito County is in Severe Drought, with last month being the second-driest January recorded in the past 128 years. Rainfall was 3.36 inches below normal numbers.

This means Eade needs to know the water levels of his 140-gallon storage operation basically every hour of the day. He recently installed Rachbot monitors on four main tanks, and while he said water is not a big concern during the rainy season and while pastures are green, it becomes a major issue during hot summer months.

According to the U.S. Department of Agriculture, cattle require between four and 20 gallons of water per day, depending on size and temperature.

In addition to real-time data, the monitoring units, which are solar-powered, gather the data that ranchers can analyze to make their operations more efficient.

Alex Cook, who’s been helping the company reach out to ranchers and farmers, said there were about 24 Ranchbot units installed in the county on Feb. 10 and 11.

She said the units, which use satellite or cellular technology, solve a big issue ranchers have.

“San Benito County is a large community, so we thought this was the perfect place to launch it in the U.S.,” Cook said. She added that because the state may begin regulating groundwater usage, it also seems to be the perfect timing.

“The feedback in California has been really strong,” Coppin said. “A number of ranchers have said it’s one of the best investments they’ve made in years.”

Coppin began working on Ranchbot seven years ago in Australia. He began trials in California 11 months ago. Ranchbot is also running trials in Texas.

After Coppin secures a manufacturing site, possibly in California, Texas or Kansas, the plan is to expand Ranchbot’s operations.

Coppin said that at a cost of $1 a day for each unit, the Ranchbot monitor saves ranchers labor and gas costs.

“We hear the most that we are giving them time and peace of mind,” Coppin said.