Students demonstrate as other protests take place around the world. 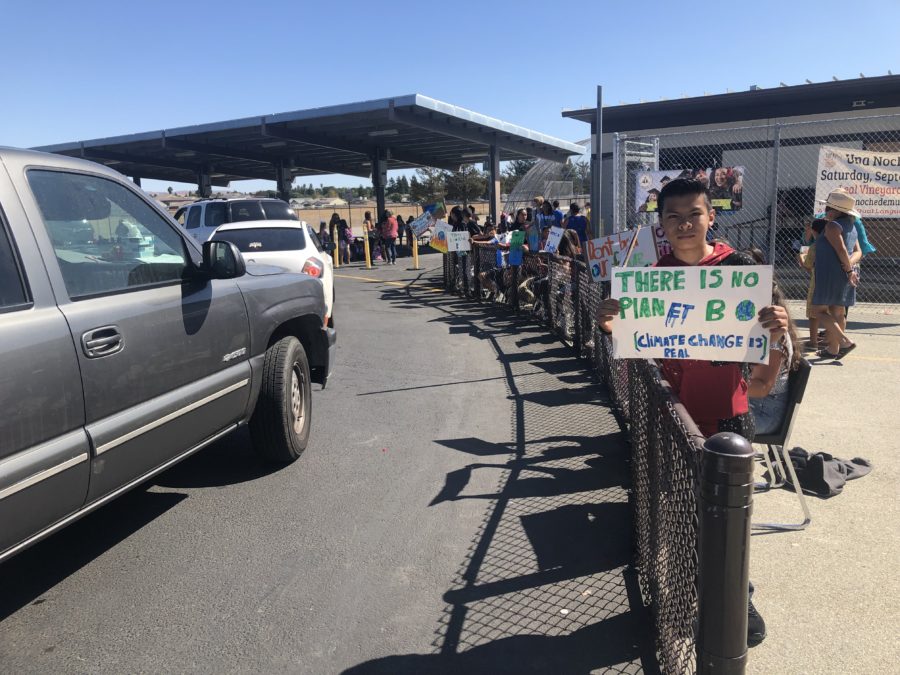 In conjunction with other youth-led demonstrations worldwide, a local seventh grade science class participated in a rally on Sept. 20 to demand action on climate change.

With signs in hand, the principal’s permission and their teacher’s supervision, Hollister Dual Language Academy students gathered in the pick-up/drop-off area on campus in solidarity with 16-year-old Swedish climate activist Greta Thunberg.

Marcos Villagomez, 12, saw the potential of spreading the message to the community. He asked his teacher, Maetzin Laguna, to reach out to local media about the rally.

“We wanted to show our support for global climate so that when us kids are older, our future won’t be destroyed,” Villagomez said, adding that some of his classmates were skeptical at first, but eventually came around to participating.

Laguna told Villagomez they would need permission from principal Monique Ruiz to invite local media to cover the demonstration.

“I never expected the principal to say yes,” Laguna said.

Nico Marron, 12, said he enjoyed making the rally signs during the week. One popular sign slogan was “There is no PLANet B.” Marron said that by participating in the rally, students are putting what they’re learning into action.

Laguna said her students are learning about biodiversity and how humans affect it. With climate rallies taking place around the world, she thought a local demonstration was a good way to get the students engaged.

“I see that they’re even more eager to learn in my class than in the beginning,” Laguna said.