Water Conservation Manager Shawn Novack said the county is above the rainfall pace for an average year, but local groundwater basins may need years to recharge 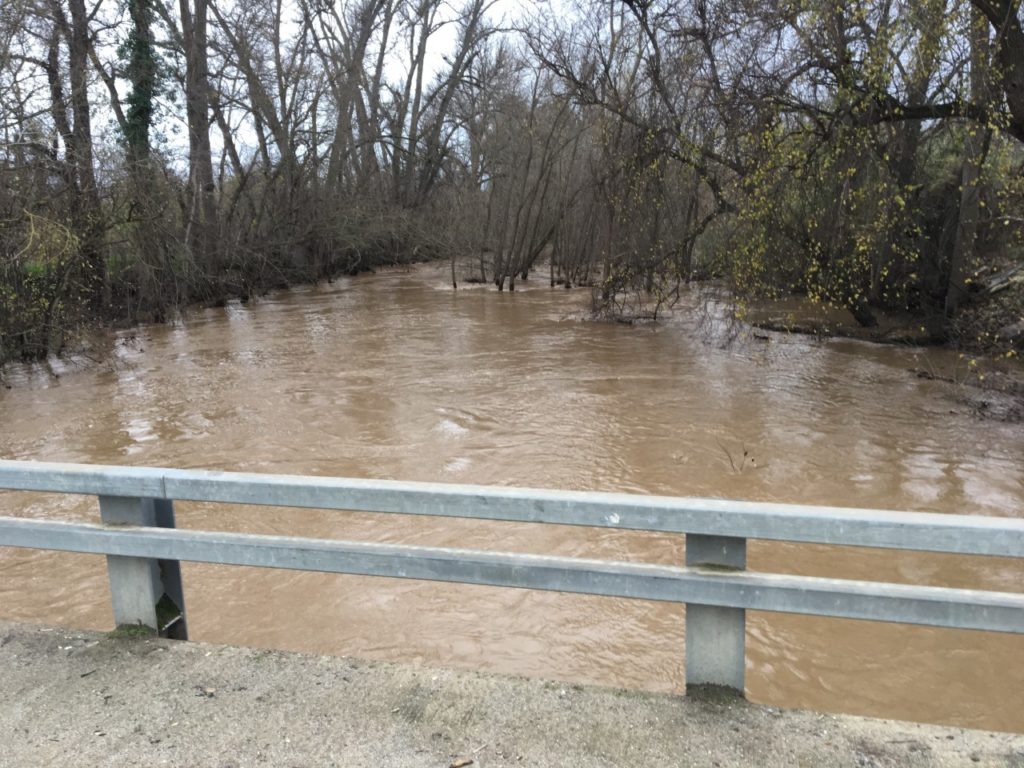 The deluge of rain in recent days in San Benito County and elsewhere in the parched state has boosted hopes that the multi-year drought could be washed away, but local Water Conservation Program Manager Shawn Novack cautioned that it is still too early in the water year to celebrate.

"Naturally, myself and all the water managers are pleased with the amount of rainfall we have been receiving," Novack told BenitoLink on Tuesday, noting that the San Benito County Water District weather station had received nearly 8 inches of rain since the start of the water year in October (and more has fallen since then) — 3.61 inches in December alone. "Our average, precipitation is about 13 inches per year, so we have a good start to the water year."

Hernandez Reservoir in Paicines had approximately 2,000 acre-feet of water in storage from this year's storms as of Tuesday, not a great deal considering its 17,200-acre-foot capacity, but, Novack noted, "it's the most that has been in storage for quite some time at this particular reservoir. Our other reservoir, San Justo (off Union Road), has imported water stored there. It's pretty close to full, but this is (federal) water from San Luis Reservoir that was pumped over the hill."

Novack offered what he called a "big caution: We are on the heels of five years of drought. Over those five years, we received very little imported water or rain. We have been living mostly on water from our groundwater basin during that time (83 percent of supply)." To read the district's annual groundwater report, which was adopted on Monday, click here.

Water levels in most sub-basins in the county have shown a decrease during the multi-year drought, Novack reported. "While precipitation in 2016 was higher than the long-term average, it will be some time before groundwater levels recover to pre-drought levels," he said.

In addition, the amount of imported water the county will receive this year is still uncertain, he said, pointing out that the U.S. Bureau of Reclamation typically makes an announcement about water deliveries at the end of March.

"The snow survey showed mostly average snow levels for this time of year," Novack said."However, we don't know if we'll continue to get storms that contribute to snowpack or what the weather outlook is for the rest of winter or spring. Ideally, the snow will accumulate and we'll have a mild spring so the snow slowly melts and fills reservoirs and rivers."

Despite the recent heavy rains, localized flooding and feet of snow in the Sierra, Novack said he "always" recommends conserving water, "no matter if it's a wet year or not. It's a way of life we need to embrace. Imported water isn't as reliable as it once was, the effects of climate change still aren't fully understood, the population is increasing and it costs a lot to move and store water."

There is good news, he said, pointing out that the "community is still doing a great job conserving water. Even though we lowered the conservation standards last year from a mandatory 25 percent reduction in 2015 to a 15 percent voluntary reduction in 2016 compared to 2013 usage, we are still seeing a 23 percent reduction in water use for City (of Hollister) and Sunnsylope customers compared to 2013 usage. That's outstanding and I hope we as a community continue this effort."