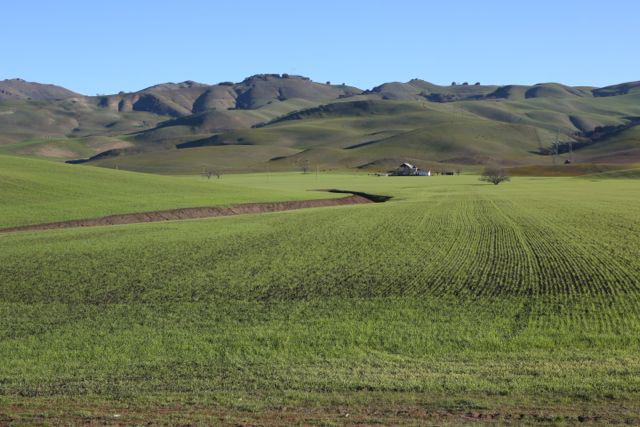 Tim Wagemann confirmed in a statement late Wednesday to BenitoLink that his business group expects to imminently terminate a contract in place for the purchase of property owned by the Knapp family, whose plans for a sale off John Smith Road had kindled concerns over the potential impacts of motocross operations in a district identified as agricultural rangeland by county officials.

"The reason that we expect to terminate the contract has nothing to do with the neighbors or county,” said Wagemann, whose business team anticipates making an official announcement. “It has everything to do with the environment, including the regulatory rules with which we have to comply. With the involvement of the Department of Fish and Wildlife on both state and federal levels, among other elements of the regulatory environment, the investment overall no longer seems viable to us."

Wagemann said that the California Department of Fish and Wildlife would require his group to apply for and obtain an incidental take permit, a process that reportedly could cost as much as $200,000. Regulators, according to Wagemann, additionally would expect that for every acre of land used for a motocross facility on the property, the landowner would have to dedicate three acres of protected land for environmental mitigation.

Wagemann told BenitoLink that he had planned to build as many as six tracks on the property of about 180 acres, where members of his family also had expected to become permanent residents. Wagemann expected that the facility, located not far from the John Smith Landfill, primarily would operate from 9 a.m. to 4 p.m. each Saturday and Sunday.

Despite several obstacles presented by regulators, including county officials, both sides of the matter shared reasonable understandings of each other.

Sally Silva, who lives near the Knapp family’s property, disclosed mixed feelings about the news in a statement late Wednesday to BenitoLink.

"Though I'm happy that Santa Ana Valley may now have less exposure to potentially negative impacts, I'm also very sad,” said Silva. “I know that the Wagemann family very much wanted to be here. They are very nice people, making what I think is a smart business move."

"I think that the neighbors would be very happy to hear that they no longer have to worry about potentially significant impacts on the greater area,” said Jackson, a neighbor and daughter of Silva. “At the same time, the reported change in plans by Mr. Wagemann’s group is saddening, given that family members were planning to become our neighbors."

Planning Commissioner Ray Pierce told BenitoLink that the project had generated "a lot of concern" from residents of Santa Ana Valley.

"If we were to allow a reported use on ag rangeland, then that potentially could open up all ag rangeland to motorcycle parks," said Pierce. "If you were to start putting commercial use in areas out there, you would have that in the middle of ag use, and that likely would be just bad planning."

Pierce, a local Realtor, said that the requirements for a motocross facility in Santa Ana Valley could include an array of studies, including a traffic impact report and noise assessment. The commissioner iterated reported concerns among neighbors.

In a statement earlier Wednesday to BenitoLink, San Benito County Interim Planning Director Byron Turner confirmed that the department had not received a specific plan for the Knapp's property. Though Turner provided no comment on Wagemann's plan, he noted that generally, the county could require a conditional use permit instead of a change of zoning for a project whose potential impacts presumably would resemble those of a motocross facility.

"I don't think that a zone change to commercial use for that area would be likely for approval," said Turner.

Amid woes over potential impacts, Wagemann said that his plan had not faced notable pressure from environmental advocates, which have taken action in response to a solar-power plant planned for Panoche Valley, where the project could threaten a number of species also found in Santa Ana Valley.