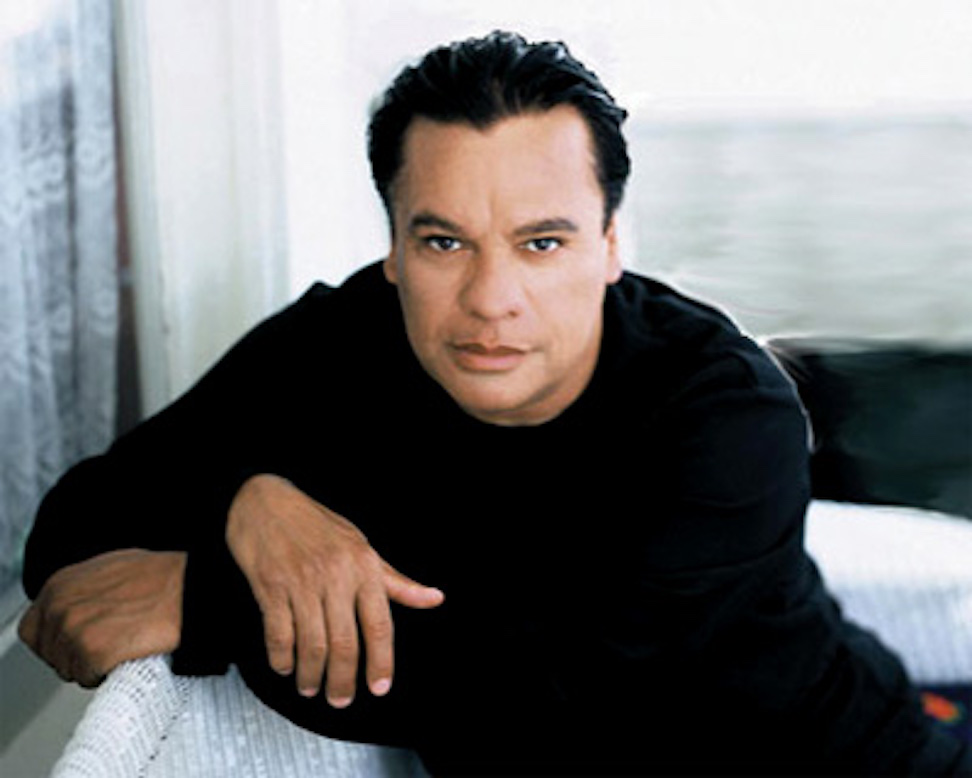 While Mexico and the world mourn a man whose music touched the lives of many in so many ways, local memories also include his visit to a small California agriculture Hollister community.

It was on a Saturday evening on June 17, 1984 when the Hollister Veterans Memorial Building lit up with the presence of Juan Gabriel as the crowd over 900 people filled the hall to listen to an idol that was hitting the charts in with every song he sang.

Amazing as it may seem, Juan Gabriel had a choice of presenting his 90-minute show in any of the surrounding Central Coast areas, but he chose Hollister. It is mysterious to think that Juan Gabriel might have actually been thinking of his small town atmosphere of Parácuaro, Michoacan which helped him to decide where he wanted to perform that evening.

Empresas Paredes of San Jose, who at the time was working with agents of Juan Gabriel in making recommendations on which cities throughout California he should sign contracts with, had made a city and town presentation to Juan Gabriel on surrounding communities and their farmworker and immigrant communities. Upon listening to the community presentations, to everyone’s surprise, he chose Hollister.

Empresas Paredes made the 6 a.m. phone call to KMPG radio station manager Guillermo Padilla to inform him to begin the public announcements that Juan Gabriel would be coming to Hollister, a community he chose to perform in.  A shocked Guillermo and staff on the news could not believe what they had just been told and then could not sleep for a week due to preparations for the grand event. Why Hollister?  everyone asked.

The staff at the Veterans Memorial Commission wasted no time in assisting Radio KMPG to reserve the hall and get the proper permits to assure all was a go for the event. KMPG began announcements and their phones went to overload on people wanting tickets. They were able to sell over 900 tickets and closed the sales within 10 days. Some of those lucky ticket holders were Vince and Mickie Luna, Carlos and Yolanda Hernandez and members of the MACE Committee. Locals and out of area people came from everywhere.

Guillermo Padilla, station manager of Radio KMPG had the honor of introducing Juan Gabriel to Hollister that evening. Many locals were able to get front row viewing on his performance. He sang to the Hollister community with heart and soul. While many entertainers will make special requests on backup musician requirements, Juan Gabriel did not; he only wanted a Mariachi backup. While his performance time was timely acquired, his agent kept signaling him to stop, yet Juan Gabriel continued to entertain the crowd with all his songs including the forever renown song “El NOA -NOA” which brought total excitement to the crowd.

Upon sending his blessings to the crowd, he stepped out of the Veterans Memorial building through the rear doors of the hall at which time, Vince and Mickie Luna were also exiting. Mickie thanked him and he stopped to speak with Vince and Mickie and said, “Thank  you for inviting me to your beautiful town, it was my honor to be here with all you.” He shook their hands and off he went and waved as he turned the corner on East Street, the corner of the Fairview Cannery and gave them a thumps up. That evening, Juan Gabriel took a part of Hollister with him and left his music, his love and humbleness with our local community.

It is difficult to overstate the popularity in Mexico of Juan Gabriel, whose music tapped a deeply sentimental vein in Mexican culture. His appeal transcended regional, racial and class boundaries in an otherwise stratified and fractured society. His music was played at children’s birthday parties and the wedding anniversaries of retirees. It provided the soundtrack for joyous occasions and, just as much, for heartbreak.

He wrote around 1,500 songs, sold more than 100 million albums, and had a star on the Hollywood Walk of Fame. His concerts, lasting up to five hours, could reduce audiences to tears with passionate songs of love and heartbreak.

He was born Alberto Aguilera Valadez on January 7, 1950 into a poor farming family at Parácuaro in the western Mexican state of Michoacan. He was the youngest of 10 children. His father, Gabriel then died in a fire – and his mother, Victoria, moved the family to Ciudad Juárez, near the Texas border.

Juan Gabriel, the singer and songwriter, who died at age 66, was a giant of Latin American music, likened variously to Elvis Presley, Tom Jones and Liberace.

He became a noted philanthropist, opening an orphanage in his home town and performing several benefit gigs a year for children’s homes and students' education.

Hollister will forever remember Juan Gabriele. We will never know why he chose Hollister, but Hollister will be included in his historical memoirs as one of the cities – towns that he chose to visit.