Over 1,000 multicolor light bulbs are attached to the VW Bus. 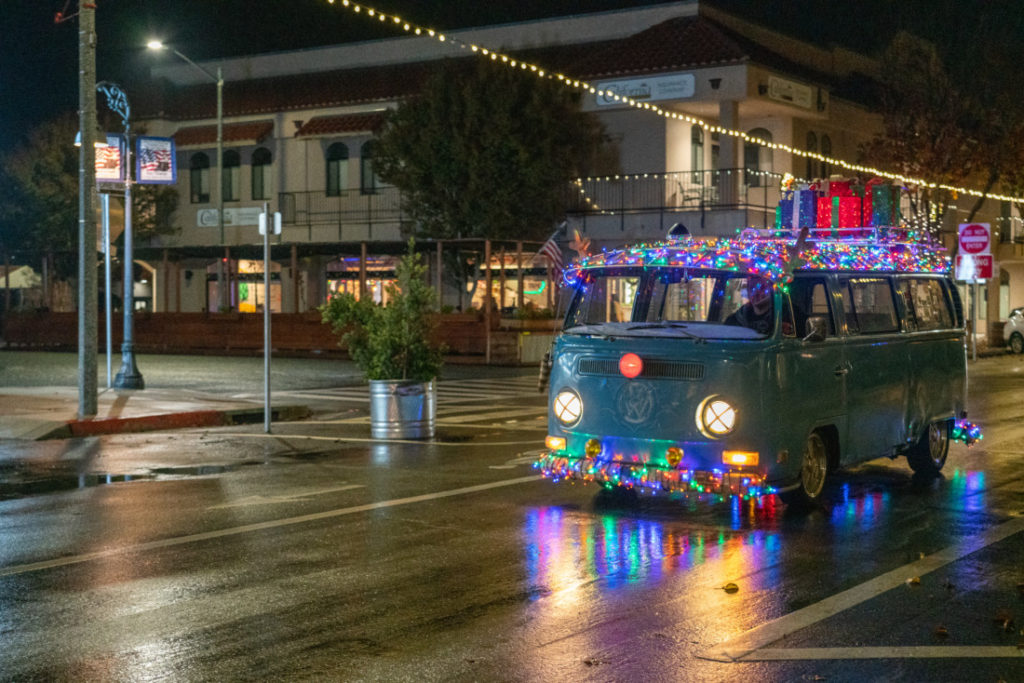 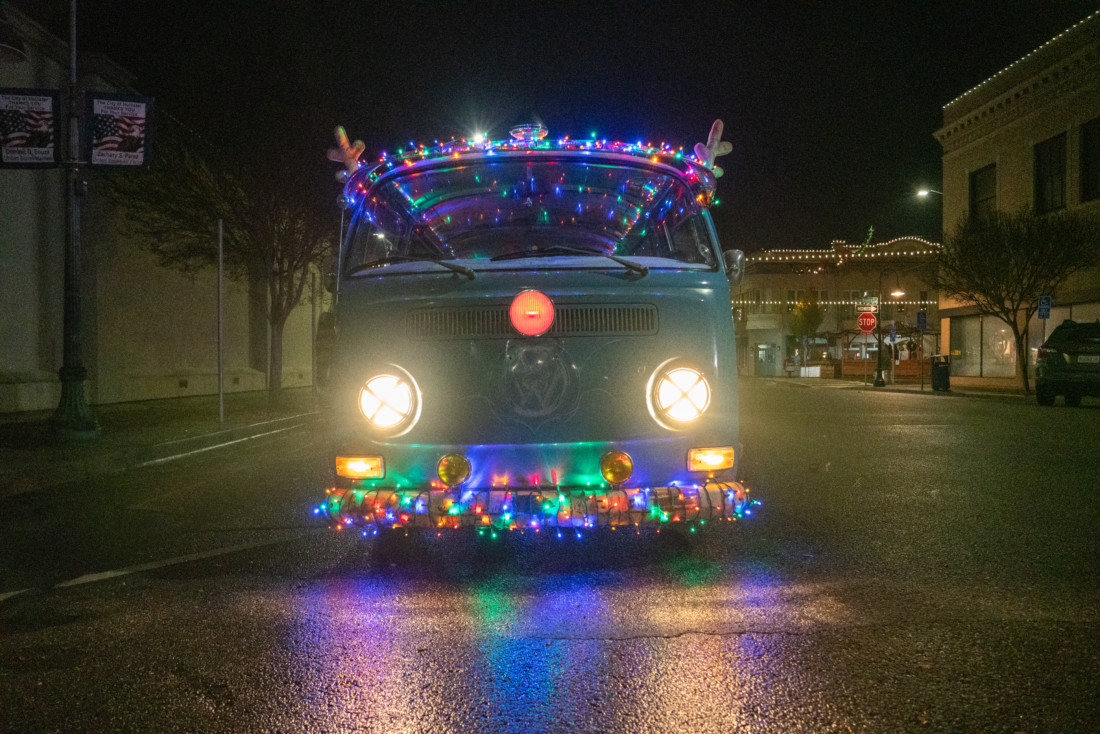 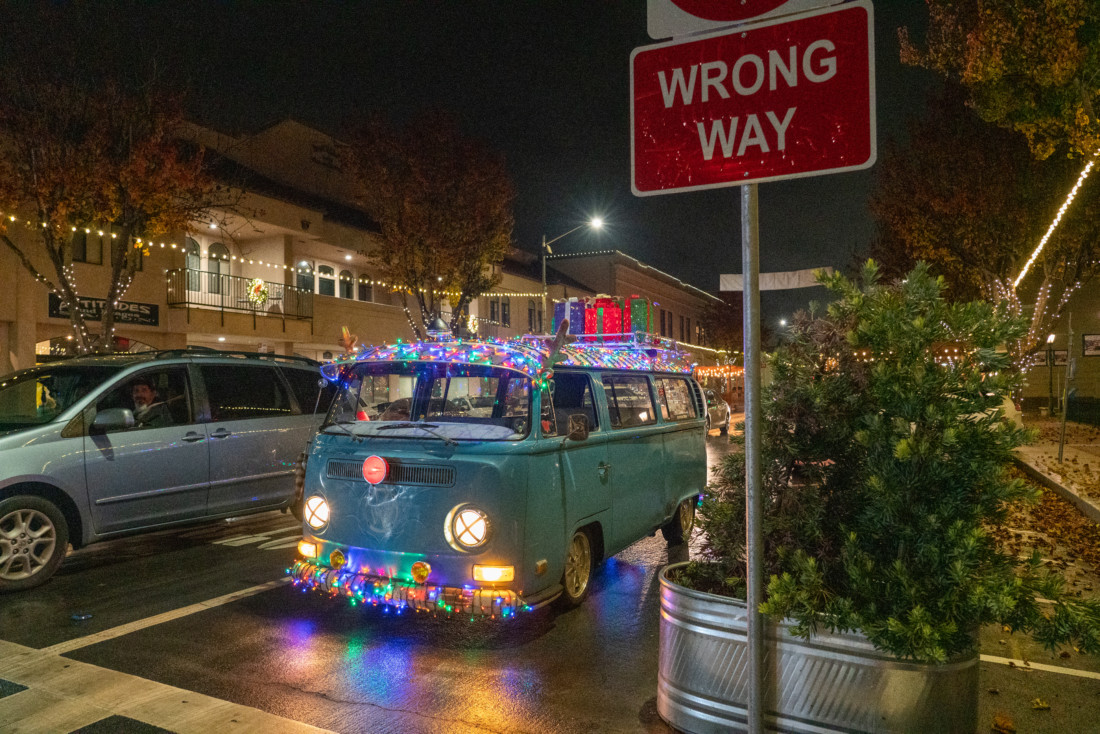 At the young age of five, Hollister resident Nick Guevara was interested in cars. “As long as I can remember, I was always playing with cars, hot wheels and taking them apart and fixing them up again,” he said.

Guevara, now 36 years old, continues to have the same interest as his younger self. For the past eight years, Guevara ornaments a 1971 Volkswagen Bus with Christmas lights. He says he “spreads Christmas year wherever he gears.”

Guevara is a welder for Miller CAT Crop in San Jose and works making catalytic converters for cars. He moved to Hollister two years ago. The Guevara family, Victoria, his wife, four year old Felix and six year old Layla had always planned on moving to Hollister to be close to relatives. Another reason was to get away from city life.

Later on, Guevara had a change of spirit on his use of his vehicle.

“I put so much work into it, I didn’t want to do it for one event. So I drove around all through December to spread the joy and let everyone get to see it,” he said. “I love Christmas so much. My birthday is next week, so I always like December and all the festivities that go with it. ”

His first Christmas in Hollister took a turn after Guevara was unsure how residents would react.

“I got a pretty big response last year, everyone wanted me to drive down their street, and meet me out there with their kids so their kids can see it. They cheer and yell. They give me thumbs up and tell me they love it,”

Guevara said he continues to get requests to drive down neighborhoods.

“I’ll post on Facebook, and people will ask me to pass down the streets. I’ll get requests, and I did it again this year to keep it going.”

People waiting for Guevara to drive down the street get to hear Guevara’s younger children yell out “Merry Christmas” from the VW Bus decorated with multicolor lights.

The VW Bus started with one string of lights around it, and now it has multiplied to over 1,000 light bulbs.

Guevara says he spends $300 each year for any mechanical work for the VW Bus, new lights, adhesive tape, and to purchase a new power box for the Christmas lights. This year, he bought one light string. The lights mimic the character, Rudolph the red nose, at the front of the bus.

Guevara thanks his family for putting up with his holiday spirit and Hollister for accepting him, and will keep doing it every year.

“I’m trying to make people smile with every mile,” he said. 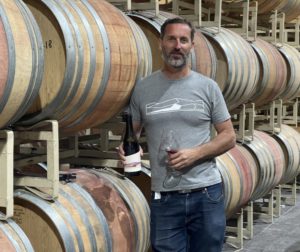 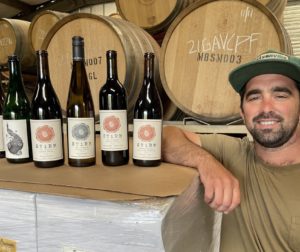 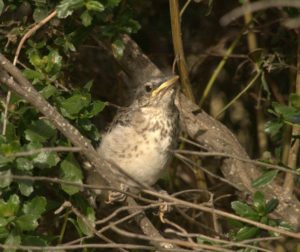