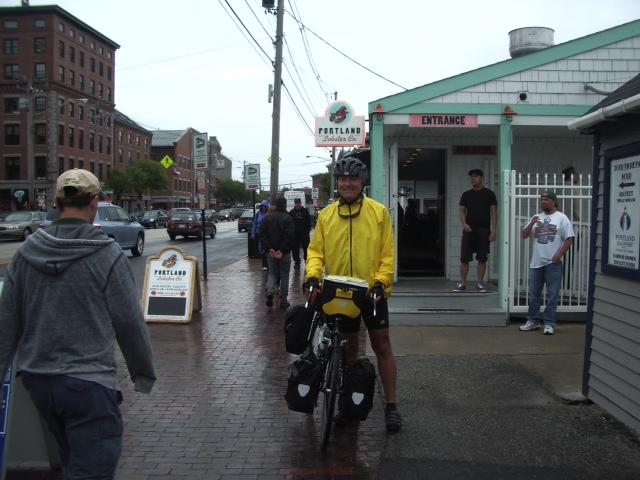 With experience, training and ambition, Jim Ostdick—a retired San Benito High School earth science teacher and a San Juan Bautista resident—has a story to tell, and has done so in a recently-published book. It begins when Ostdick was working on his thesis for his master’s degree and his location for groundwater measurement was on a section of the Pacific Crest Trail and he caught a glimpse of adventure.

“It lures you in,” he describes. “You can see long distances and it makes you curious. You see around one ridge and once you get to that ridge, you want to see what’s around the next one.”

The Pacific Crest Trail runs 2,650 miles with 57 mountain passes, 19 canyons, with more than 1,000 lakes stretching from Mexico to Canada.

Ostdick’s fascination and dedication to complete the PCT spanned eight years. Beginning in 2001, he attacked the trail armed with a backpack and curiosity. Along the magical hike and during physical trials, Ostdick found Palomino. Palomino is what some people might equate to a “Rocky” inside themselves; a powerful personality within Ostdick’s soul that emerged during his time on the trail.

“It’s a tradition that hikers get a nickname on the Pacific Crest. Mine was Palomino," he said. "It has nothing to do with a horse, but it has to do with my relating to my grandfather and childhood fascination with Roy Rogers and Trigger. It was about my inner journey.”

On the trail, Ostdick met quite a few exceptional people and while traveling alongside others, it sparked a little competition. “Some hikers could see me and think, ‘Hey, if that old guy can do it…then surely I can,’” he explained with a smile.

No stranger to competition himself, Ostdick began athletics as a basketball fanatic.  When he was a kid attending Jesuit High School in Dallas, Texas, his basketball team averaged 83 points per game. On Feb. 22, 1970, Ostdick’s team went to Saint Mary’s University in San Antonio to compete against San Antonio Central Catholic in the championship game. His coach, Mike Boeding helped transform a straight-A, hyperactive student into a point guard.  “He got results from me,” Ostdick said, “And we won the championship game by one point. It could’ve gone either way, and I remember the game like it was yesterday. All of the cheering, and the crowds.”

Once an athlete, always an athlete. Ostdick had the blood of an achiever and could feel the motivation under his skin to complete the PCT for his own reasons and instead of crowds cheering, he had only himself getting through the rough terrain. “No one else is going to help you get over that hill. It’s like being in a daydream. I would keep myself in the present, telling myself to just keep going,” he said.

After conquering the PCT, when he retired from teaching in 2012, he got “the bug” again to undergo yet another adventure.

“In 1986, I did a long-distance bike ride from Vancouver, B.C. to San Diego, California and so I knew I could do another long-distance ride,” shared Ostdick. In the summer of 2013, Ostdick took the train from California to Portland, Oregon with the thought to ride his bike to Portland, Maine for a ‘coast-to-coast’ bike ride. “Crossing the top tier of the United States: Oregon, Washington, and Idaho was by far my favorite part of the whole trip,” he said.

When he arrived in Portland, Maine, he had dropped about 15 pounds and had been away from home for a few months. He needed rest and decided to ride the train from Maine to Plano, Texas and stayed with his sister for a few weeks to refuel.  From there, Ostdick traveled by bike to Oceanside, Calif. He finished his 48-state loop when he completed his Austin, Texas to Boston, Mass. leg of the trip.  From 2013 to 2014, Ostdick had biked just under 8,000 miles on his professionally fitted Surly "Long Haul Trucker" bike from Brian Lucas at Off the Chain Bike Shop in Hollister.

While biking, Ostdick picked up tips such as to wear a rear-view mirror on his helmet—a safety tip he received from another cyclist. He encountered a moose family crossing his path somewhere in New England and turtles traveling along the road in Louisiana which made him laugh. As if he was so slow that day, turtles were traveling beside him on the same path.

Mostly, he came across very nice people who were curious about what his journey was all about. Some people even bought him meals.

“You know how you see the news on T.V. and hear that America has just ‘gone to the dogs?’ That is exactly the opposite of what I found. Most people are good and you’ve got to give them a chance. Turn off the T.V. and go out and meet someone,” is Ostdick’s advice.

During Ostdick’s time in the classroom,he said his students inspired him to be a better person and to be at his best every day. On the basketball court, he learned discipline and teamwork. As a Pacific Crest Trail hiker, he achieved self-reliance, inner strength and realization. Along his 48-state loop bike ride, he became aware of ‘the nagging feeling’—the little voice that lets a person know there’s something wrong and he learned to trust it. All of these elements wrapped up in a learning experience that one man has undergone. One could wonder what Ostdick’s next adventure will teach him.

Ostdick has published a book about his bike tour called Palomino and the Dream Machine. It can be found on Amazon.com and Ostdick said he hopes to continue his biking adventures this summer in Alaska.