The city will create angled parking in front of the high school, north to B Street, to improve safety, driver visibility, add parking spaces and enhance traffic-calming efforts. 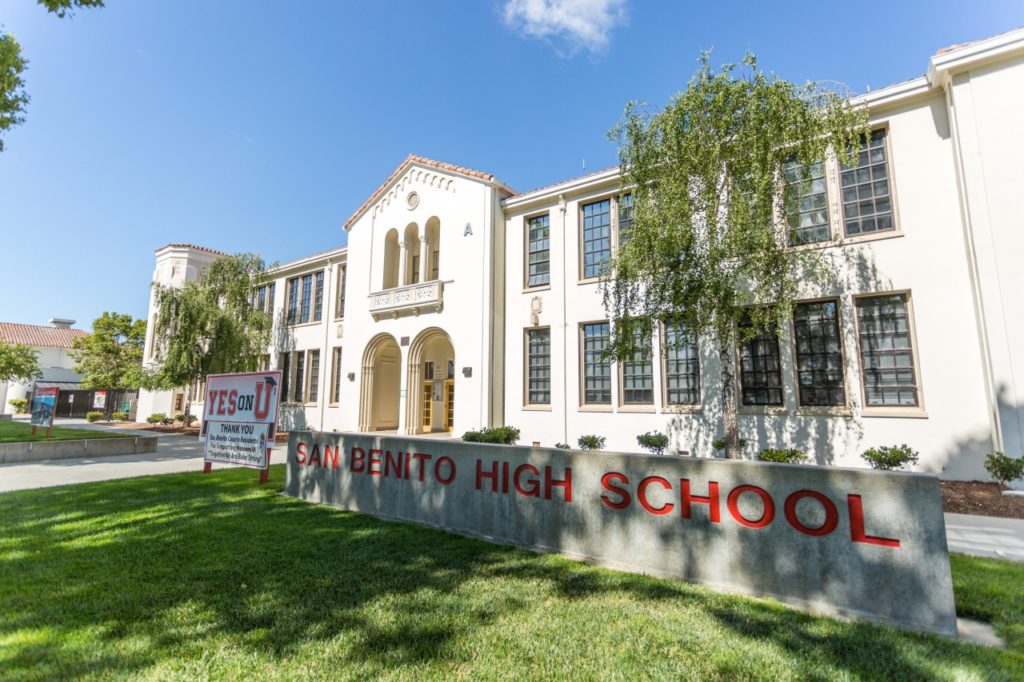 Parking in front of the high school's administration building will change from parallel spots to reverse-angle. Photo provided. By creating the angled parking, Hollister is helping to reduce double parking that occurs on both sides of the street, as well as relieving parking congestion in the surrounding neighborhood. The concept of reverse-angle parking is new to Hollister, but it is not new across the country, as it is a staple in many communities.

The City of Hollister recently placed multiple "School Zone" and 25 mph signs along Nash Street, West Street, and Monterey Street to help create a safer corridor around the campus. These measures, coupled with the new speed tables on Monterey and West streets, speed radars, and the pending 7 a.m. to 7 p.m. weekday closure of Nash Road once the bypass road south of campus is complete, all foster a safer environment around campus.

In addition to the safety measures already completed or underway, the District plans to conduct a traffic mitigation study at the West and B Street intersection once the Baler Alley Parking lot reopens, in order to determine whether that should become a four-way stop.