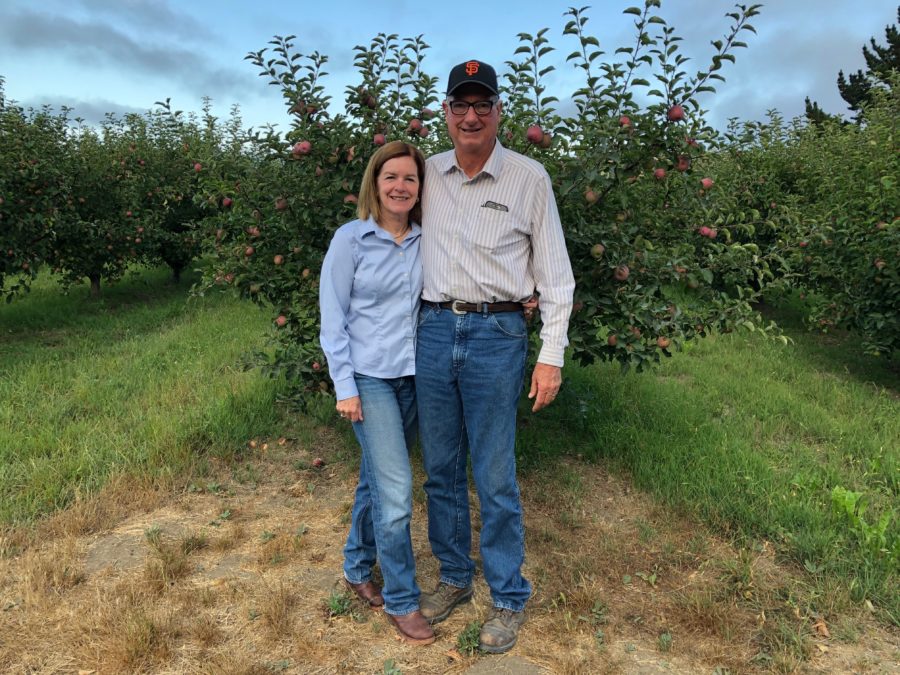 The Fosters participate in research about best methods for managing cover crops on their fields. Photo provided by SBALT.
×

“Phil Foster Ranch is a stellar example of how local farmers care for the land while producing food and providing jobs,” said Dan Dungy, president of SBALT. “When we received mitigation funds from San Benito County and were charged with finding 27 acres of prime soils to protect with those funds, the Fosters were a natural choice to partner with us.”

According to the release, Phil and Katherine Foster have been farming organically for 30 years. They produce about 60 different crops on 295 acres across two ranches, one in San Juan Bautista and the other in Hollister. They market their crops, including vegetables, fruits, nuts, and apple juice, at the farm on Saturdays, at farmers markets throughout the Central Coast and Bay Area, at local retail stores, and through several regional wholesalers.

“The funds we receive for the ag conservation easement with SBALT on part of our farmland will be beneficial to the economic viability of our farm, and will aid in future transition of our farmland to employee or younger farmer ownership with the development value of the land removed,” said owner Phil Foster.

The release notes that, according to the California Department of Conservation, between 1984 and 2014 as much as 1.4 million acres of California farmland was converted to non-agricultural uses. Of farmland loss during that period, 78% was for urban development and 49% of that was conversion of farmland classified as prime agricultural soils.

The San Benito Agricultural Land Trust works with landowners to provide financial tools to ensure their land continues to produce food and contribute to the local economy. The Land Trust has applied for a grant from the California Department of Conservation to partially fund the conservation acquisition of the remaining 24 acres of the Phil Foster Ranch in San Juan Bautista. The rest of the needed funds must be raised by SBALT.