Moving forward, both teams will compete for state titles on Friday, July 6. Other districts in the tournament include Salma, Hanford, Madera, and Lompoc. 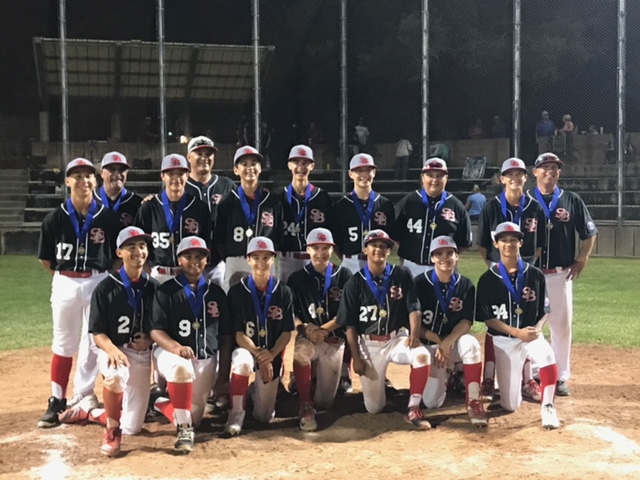 Moving forward, both teams will compete for state titles on Friday, July 6. Other districts in the tournament include Salma, Hanford, Madera, and Lompoc.

“Their goal is to continue and to make it to the Babe Ruth World Series,” said San Benito Babe Ruth Secretary and mother Monica Sims earlier this week.

In 2017, the Babe Ruth 13’s made it all the way to state finals, but unfortunately did not come home triumphant. A year later, those boys make up the Babe Ruth 14’s and are headed back to state with the intent to go further this time around.

When asked what sets these athletes apart from previous years, Monica shared that many of the boys have been playing together for years.

“The friendship bond, on and off the field, it’s forever,” she said.

For Zach, the team chemistry after years of playing together is what makes representing the San Benito County worthwhile.

Because the San Benito Babe Ruth teams are not traveling teams, the boys have come this far not through scouting or publicity, but simply for their love of the game.

“They all know they won’t make it big, but they hope one of them will,” Sims said.