They also announced that in 2017 2017 they increased their operating budget by more than 60% and membership by 18%. 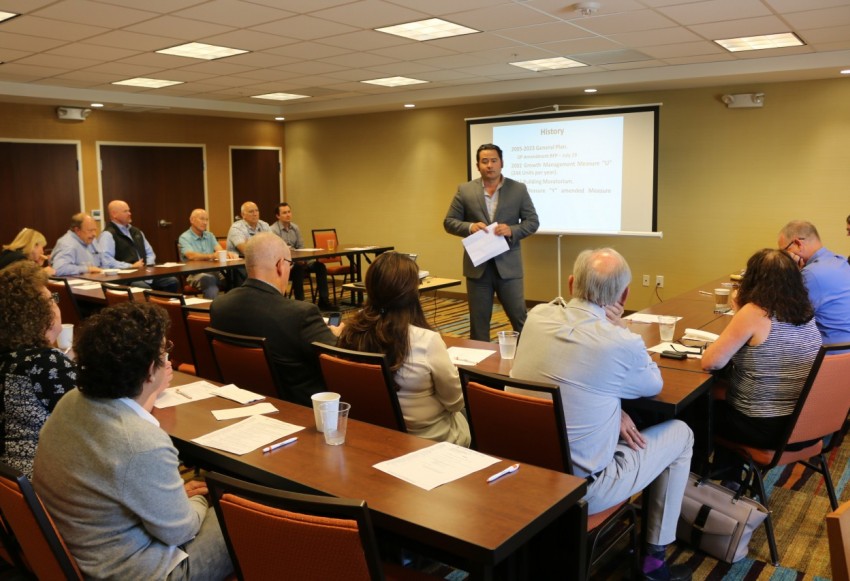 The San Benito County Business Council has announced their primary goals for 2018 that resulted from their annual member feedback and planning survey. Those goals include: supporting the efforts of the Economic Development Corporation of San Benito County (EDC) to implement the 2017-2022 San Benito County Comprehensive Economic Development Strategy (CEDS),  the retention, expansion, job creation and growth of existing local businesses, the marketing and attraction of new businesses and investment and supporting improvements to local infrastructure such as planning & permitting, roads, broadband, community services and affordable housing.

Along with their 2018 goals the council also announced that in 2017 they increased their operating budget by more than 60% and membership by 18%, hosted a regional water information forum, grew jobs, led and supported economic development initiatives, enhanced collaboration with local government agencies and community partners and established a charitable fund for economic vitality at the Community Foundation for San Benito County.

The Council attributes its successes to support of a strong executive committee led by Board President Bob Tiffany and Vice Presidents, Graham Mackie, Scott Fuller, Jim Gillio, Robert Rodriguez, II and Mike Grace. The organization has also thrived due to the substantial support of sponsoring members including Gavilan College, Graniterock, Graham Mackie, Ruggeri, Jensen & Azar and Sierra Pacific Associates, a matching grant from the Community Foundation for San Benito County and the efforts of contracted Executive Director, Kristina Chavez Wyatt of Farmhouse Communications.

“We’re very happy with the progress we made in 2017, but there’s still much work to be done in bringing further economic vitality to our county. Fortunately, we have positive momentum and support of our executive team, active members, collaborative partners and our community as well roll into 2018" said Business Council President, Bob Tiffany.