A $500 stipend and education lead to significant life changes. 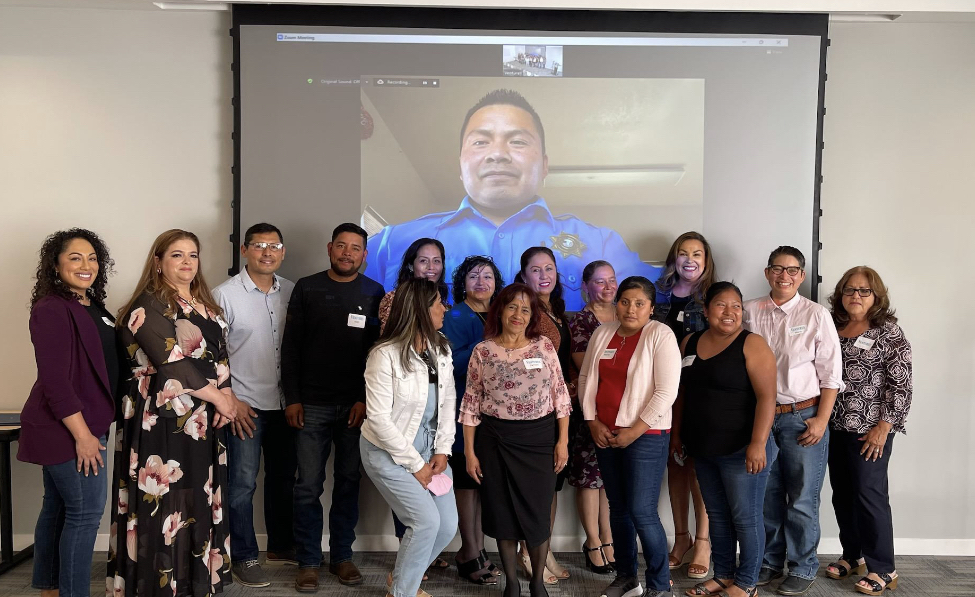 Residents who took part of the program met for the first time in person during the graduation ceremony. Photo courtesy of Lizbeth Silva.
×

Carmen Islas Diaz, 53, applied for medical insurance and is in line to receive cataract surgery, Yadira Mendiola, 43, stopped buying everything her children asked for,

and Juan Luna, 32, is now spending more time in the kitchen.

These life changes, which on the surface may seem unrelated, were a result of a decision these three Hollister residents made in January— they registered for Alas, a six-month financial education program offered by nonprofit Santa Cruz Community Ventures.

Ventures Program Coordinator Lizbeth Silva said Alas is meant for migrant families and aims to educate them on topics such as credit, bank accounts and loans. She said it also provides information on resources such as financial assistance, public transportation and health through monthly workshops and one-on-one coaching. It includes helping the members meet a personal financial goal by the end of the program and provides a $500 monthly stipend.

And though their lives changed in different aspects, they all agreed on one thing—Alas gave them confidence.

Not only did she take control of her finances, she also took control of her health by scheduling her cataract surgery and taking steps to control her diabetes.

Luna’s newfound confidence enabled him to walk into a bank and open an account for the first time, something he was intimidated to do before Alas because he didn’t know what questions to ask. He added Latinos sometimes fear asking questions.

“Nos enseñaron que debemos y podemos preguntar,” Luna said. “No tiene nada de malo estar preguntando.” (They taught us that we have to and can ask questions. There is nothing wrong with asking questions.)

Islas Diaz, who spent her life working as a pediatric nurse in Morelos, Mexico, and traveled to the U.S. to help treat patients, said it was when she went through the Alas program that she first kept track of her spending.

“Yo siempre he ganado muy buen dinero,” Islas Diaz said. “Yo tenia la ventaja de haber guardado mucho dinero pero no lo hice porque yo era de las personas que quemaba hasta el ultimo peso que llegaba a mi mano.” (I have always earned good money. I had the opportunity to save a lot of money but I didn’t do it because I was the type of person who would spend every peso I earned.)

Islas Diaz was one of 15 people who participated in Alas during the first half of this year.

Because of the program, partially funded by Community Foundation for San Benito County grants, Islas Diaz now keeps track of all expenses and receipts in a notebook.

Luna also learned to analyze his expenses. In doing so he learned that most of his hard-earned money was going to food.

He said he bought coffee and bread for breakfast every day, and lunch and dinner. He said he spent about $40 each day just on food.

By tallying his expenses on paper, he came up with a plan to cut down costs. He makes time each day to cook by leaving work about 30 minutes earlier than he did before participating in the program. He typically works 10 to 11 hours a day.

“Cocino y me alcanza para cenar y almorzar otro dia y traer lonche,” Luna said. (I cook and I have enough for dinner and I have leftovers for breakfast and lunch the next day.)

Maybe the only ones who did not benefit from the program, in the short-term, are Mendiola’s three children as they’ve seen a shortage of funds for toys and online games.

Mendiola, who owns a 3.3-acre organic farm in Salinas, said Alas changed her perspective on what it means to provide for her three children, who are ages 13-19.

As a single mother who works up to 18 hours a day on her farm, she said her mindset was to give them whatever they asked for, thinking she was doing them good, but later realized the best thing for her kids was to provide them greater financial stability.

The $500 stipend came at a time when Luna and Islas Diaz needed it most.

Islas Diaz, who decided to stay in the U.S. during the onset of COVID to help her daughter, used part of the stipend to help her granddaughter through school; another part to pay bills; the rest she put in savings.

Luna, a father of a 2-year-old and 3-year old, said he was living paycheck-to-paycheck and because of the $500, he was able to help pay for his father’s medicine. He also used the stipend to help pay for the funeral expenses when his father, who lived in Mexico, died Jan. 31.

Luna is now spreading the knowledge he obtained from Alas to his coworkers and friends. He said he talks to them about how much they are paying to cash checks at local businesses, about 2% of the check, instead of opening a bank account.

During the six-month journey, Alas participants and coaches had not met in person until June 18 when they gathered at the Community Foundation for San Benito County’s Epicenter building for the graduation ceremony.

Silva said Santa Cruz Community Ventures hopes to continue to offer the program in San Benito County. It also offers Familias Con Mas, which is a similar financial education program. She said the goal is to offer all of the organization’s programs in the county. 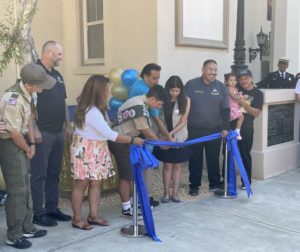 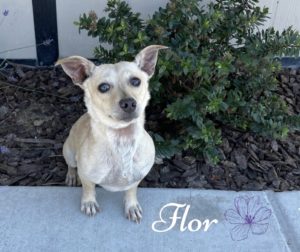 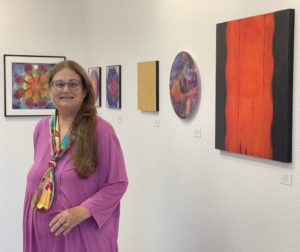