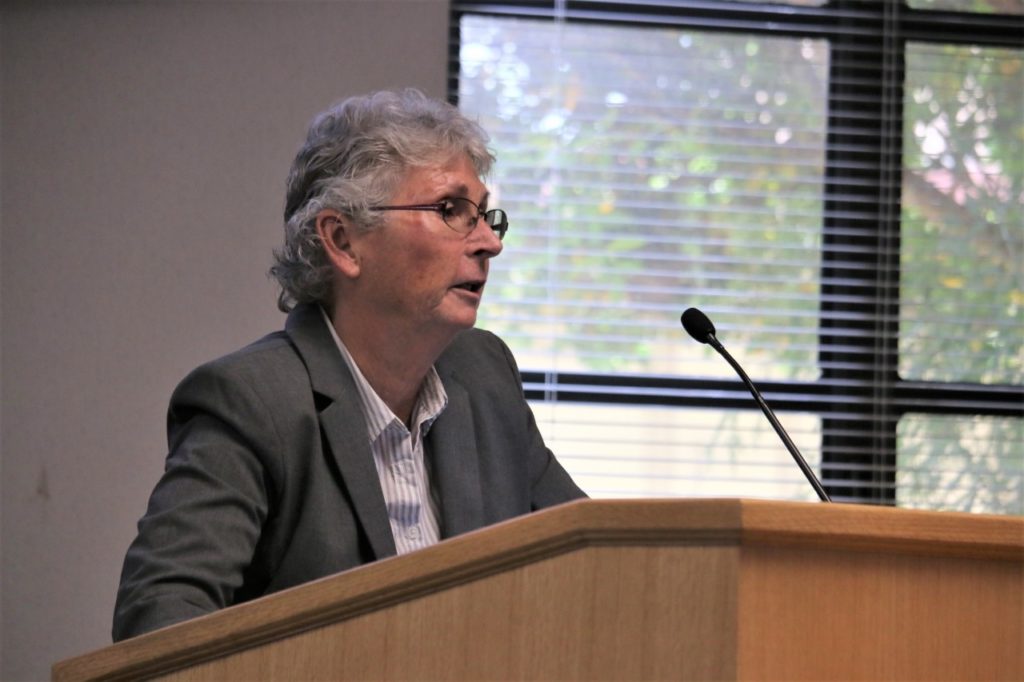 The San Benito County Board of Supervisors unanimously approved a resolution on March 19 to adopt a four-phase process for cannabis business permits. The initial application period is expected to open April 1 and run through May 31.

Supervisor Anthony Botelho asked Overstreet how long the average application process would take. She told him it would depend on how many applications were submitted.

“We’re going to limit cultivation to 50 licenses and we may not get that,” Overstreet said. “We’ll give the applications to [cannabis consulting service] HdL. We anticipate maybe two months to get through them all. We’re not doing it on a first-come-first-served basis. We want to rank them in the event we have more than 50. I’d say September or October we can start issuing the permits.”

Botelho then asked Overstreet whether any cannabis would be grown this year. She told him probably not, adding that applicants would also have to obtain a conditional use permit for their sites.

Botelho said the delay was concerning, to which Overstreet replied that if San Benito County did not receive at least 50 applicants, the process could be reopened and operated more quickly with fewer applications coming in.

“We really need the assistance of HdL in this first go-around because we don’t have the staff yet to implement this program,” she said. “Eventually, this is something we want to take on ourselves.”

The county originally contracted with HdL in July on a one-year agreement to assist staff in designing the cannabis business ordinance.

Overstreet told supervisors that applicants will be required to pay a deposit of $10,650 when submitting applications. After filing an application, hopeful cannabis operators must then make an appointment with the San Benito County Sheriff’s Office for a Live Scan criminal history check. Applicants then need to make an appointment with the Resource Management Agency (RMA) Planning Division to review site plans and generate a zoning verification letter. Planning and Building Services is expected to provide applicants with an initial application review checklist and zoning clearance.

Botelho said that while he supported the four-phase application procedure, he hoped to speed up the process.

Supervisor Jim Gillio said he appreciated Overstreet’s efforts to clarify the application process and that it was geared toward a scoring mechanism rather than being subjective.

“We need to just look at the facts,” Gillio said, adding that he recommended Overstreet reach out to her peers for advice, particularly Hollister. A former Hollister City Council member, Gillio said, “We got off to a rocky start in the city and had to have a restart, so maybe we can look at the lessons learned there.”