Supervisors would rather put funds toward economic development. 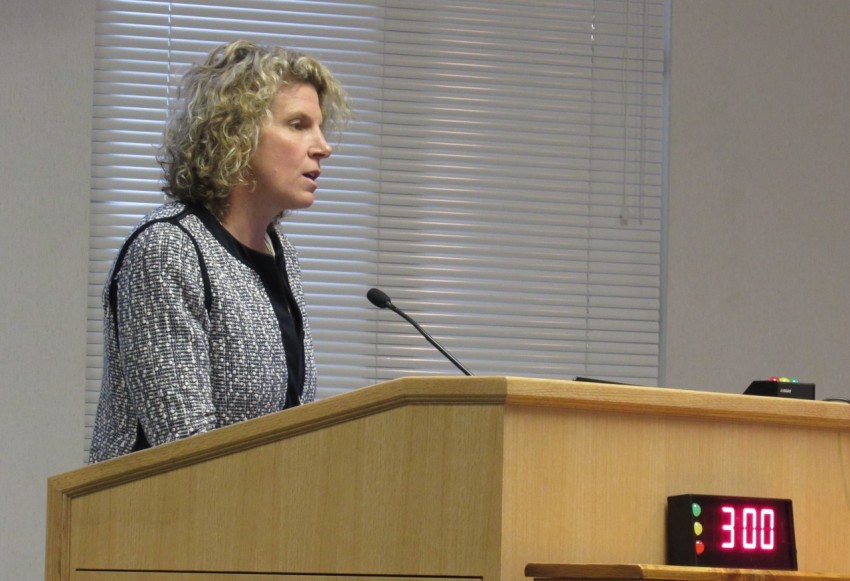 Kim Stone during her presentation to supervisors on Oct. 23. File photo by Noe Magaña.
×

After seeing little return on its investment, the San Benito County Board of Supervisors did not renew its contract with Stone Advocacy for lobbying services at the state level.

“I did not see any tangible dollars that were brought to the county and therefore it was best to sever ties with that contract,” board Chairman Mark Medina told BenitoLink. He said he expected Kim Stone of Stone Advocacy to bring in monies or state programs that could benefit San Benito County.

Stone was nominated by Robert Rivas and at the time he told fellow board members, “The bottom line is I want everyone to understand that most other local governments have advocates in Sacramento and we are way behind. The average amount spent by all counties on reportable lobbying were $221,000 (2015 figures) annually. What do we spend? Zero.” Rivas, Botelho and Muenzer voted for Stone Advocacy. Mark Medina weighed in for DiMare, Brown, Hicks, Kessler and De La Cruz preferred Hurst Brooks, Espinosa (no relation to the county CAO Espinosa).

The county spent about $89,000 of the $120,000 allocated for the lobbyist, Nolasco said. Although it is unlikely that the county will receive another invoice from the lobbyist, $4,000 is set aside, he added.

Supervisor Jaime De La Cruz said he wasn’t against contracting with a lobbying firm in the future, provided the county has a clear vision of what it wants to achieve.

“If we have a set of goals that we want a lobbyist to do with guidelines, time frames, objectives that can be made and with real value back to the community, I have no objections to it,” De La Cruz said.

De La Cruz was one of two votes against hiring Stone, the other being Medina. De La Cruz said when he made the decision, he felt other applicants were better qualified.

“I feel at the time we made a decision to hire, it wasn’t the right match.”

Supervisor Anthony Botelho said that while he wasn’t “enthused” about San Benito County contracting with a lobbyist in the first place, he didn’t want to have a closed mind to the proposition. He said Stone helped the county in a few ways, like not closing Highway 25 during construction, but he expected her to get some state money for the county, local cities or a local agency.

“At the end we didn’t see the return on the investment,” Botelho said.

The county didn’t get what it expected, but Botelho said it wasn’t a reflection on Stone Advocacy; it was more about the county’s ability to focus on a particular goal it wanted to achieve through the lobbyist.

Botelho said he would rather put funds toward economic development and other needs than toward a lobbyist.

Medina said he would rather put funds toward a local Economic Development Corporation (EDC). If the the EDC is funded correctly, Medina said that with county and city guidance it could attract businesses to the community while taking care of existing businesses.

“It would allow us to build a larger tax base, which in turn will pay dividends daily, weekly, monthly, yearly, because those taxes would flow as a revenue to the county and city,” Medina said.

Question of transparency raised over Rivas’ nomination for lobbyist

County lobbyist gives update and asks for direction from supervisors