Eric Taylor says a lack of funding limits his ability to expand services and conduct repairs. 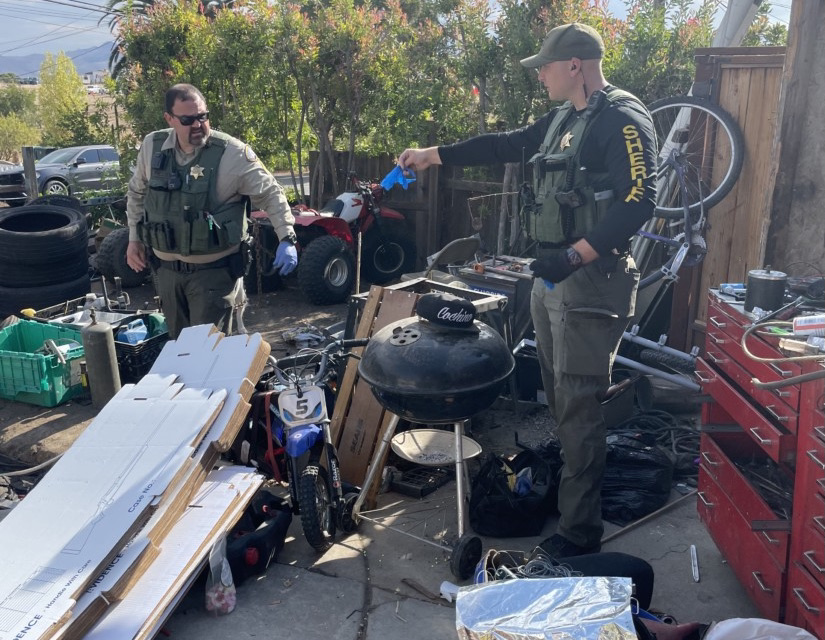 While the San Benito County Civil Grand Jury report, released at the beginning of September, was generally complimentary toward the San Benito County Sheriff’s Department, with their only recommendations being more patrols, the creation of a violent crimes task force, and an increase in local recruiting, its criticism of the County Jail was more pointed.

The report commended the staff for its high standards in cleanliness, but pointed out that the roof needed replacing, the swamp cooler was inefficient, an offensive odor was noticeable in the hallways, and the jail was understaffed.

The San Benito County Board of Supervisors and Sheriff Eric Taylor are required by law to respond to the report within 90 days.

Taylor concurred with the grand jury’s recommendations, saying, in regard to the commendation for the County Jail’s “highest standards of order and cleanliness,” that he was “honored to see the grand jury recognizes the high standards our staff maintains in our custodial setting.” Taylor framed his responses to the other recommendations as being difficult or impossible to enact because of a lack of funding.

Regarding the jail’s need for air conditioning and roof repair, Taylor said that the heating, ventilation and air conditioning are not up to modern standards and that it is “unhealthy, unfair, and unsustainable to have our staff and our inmates live and work in such conditions.” He also said that repairs to the roof were an integral part of the solution.

He placed the onus for repairs and improvements on the Board of Supervisors, saying he hoped they would make the projects high priorities and would “fund them accordingly.”

Concerning the understaffing of the jail, Taylor replied, as he would with the recommendations regarding staffing of the Sheriff’s Department, that the county needs to raise salaries to compete with those of the surrounding communities and that “all public safety is experiencing staffing shortages.”

Taylor was more detailed with his responses to the recommendations for the Sheriff’s Department. He said that implementing a swing shift, as the grand jury suggested, was “simply impossible” with current staffing levels. He said that using the methodology of the Novak report, which the grand jury used for making their recommendations, the department should have 42 deputies. With the current funding levels, he said, only 27 officers were available to work in the field.

To the recommendation that a “homegrown” approach to recruitment should be considered, Taylor repeated that more funding is needed for the department, saying “we need to make San Benito County attractive in the form of benefits and pay in order to recruit talent.”

A Violent Crimes Task Force recommended by the Novak report is also not sustainable, he said, pointing out that they have not been able to staff such a task force except for a brief period of time in 2014. He also said that cooperation between other agencies had been unreliable and that, “I need my own task force as there are differing policing philosophies locally, and I need ultimate control of how to deploy my resources.”

Grand Jury Foreman Roxy Montana told BenitoLink the civil grand jury anticipates much of the responses to the report to be similar.

“We recognize that many of the report responses will come with acknowledgment of the county’s budget relating to their departments’ staffing shortages and other connected issues.”