12 former San Benito County public employees are getting annual pensions in excess of $100,000 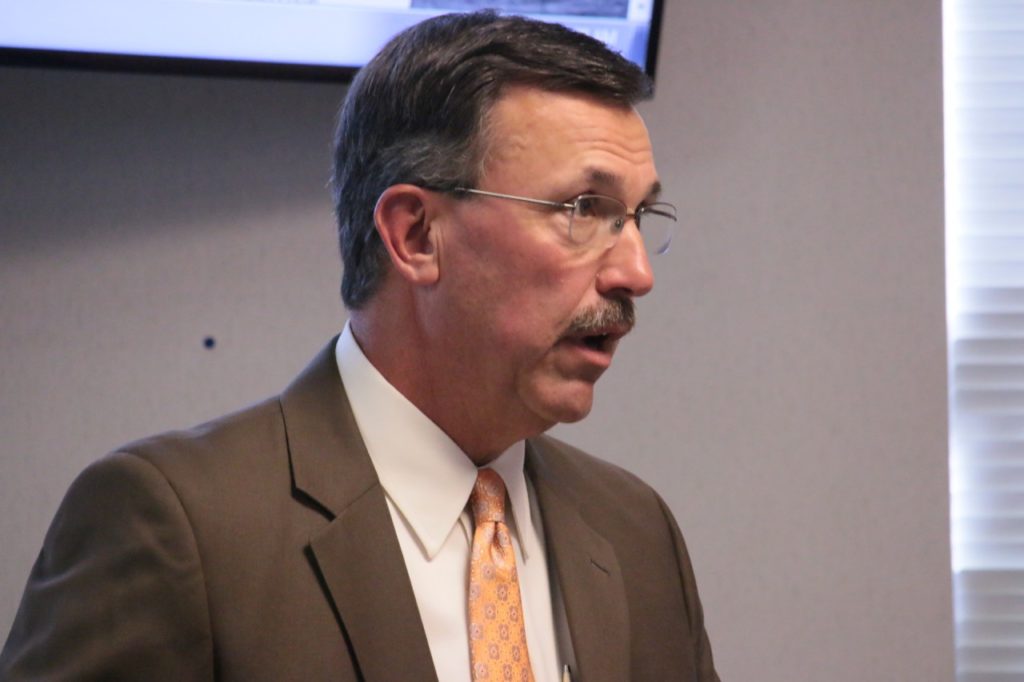 This article was written by BenitoLink reporter Jack Foley.

Of the more than 62,000 former public employees in California who collect pensions in excess of $100,000 a year, 12 of them are retired from county, city, school, police and court jobs in San Benito County, according to a watchdog group.

The dozen receive annual pensions ranging from $101,250 to nearly $153,000, according to Transparent California.

The nonprofit group monitors public salaries, benefits and pensions statewide and routinely reports on what it views as excesses and their impacts on government and taxpayers.

The 12 former public employees retired between 2004 and 2015 after an average of more than 32 years on the job in San Benito County agencies. He is followed by Bryan Yamaoka, formerly with the Sunnyslope County Water District. Yamaoka has collected about $142,500 per year since retiring in 2011.

The other 10, with their employer, year of retirement, years of service and annual pension, are as follows:

Among the above listed five public agencies, 26 additional retirees receive pensions of between $70,000 and $99,999 per year.

They include former college president Steven Kinsella, who retired in 2016 after more than 25 years and will receive an estimated pension this year of $148,960, according to Transparent California.

Number two on the Gavilan list is Rachel Perez. She retired in 2014 after nearly 43 years and collects an annual pension of  $129,488. Perez was elected to the Gavilan Board of Trustees in 2016.

In nearby jurisdictions, Gilroy has 26 retirees with pensions of more than $100,000. Top among them is former police chief Gregory Giusiana. Retired since 2006, he receives $162,555 per year after 32 years on the job and now earns about $130,000 a year as an administrator at Gavilan College’s nonprofit regional police academy.

Topping the list of Morgan Hill’s 16 $100K Club members is former city manager Joseph E. Tewes, who goes by the first name of Ed. Tewes, who retired in 2013 after 39 years, receives what apparently is the top pension in the area, $202,271, according to Transparent California.

The combined total bill for $100K-plus pensions in San Benito County now stands at more than $1.4 million per year. The amount goes up with automatic annual cost-of-living increases and whenever public employees retire with six-figure pensions after decades of service.

It does not count the hundreds of public employees receiving pensions under $100,000.

The $1.4 million is a tiny fraction of the statewide cost for all pensioner-members of what Transparent California calls the Golden State’s $100K Club.

The cost just for the $100K-plus pensioners exceeds $6.24 billion a year and is rising with the number of six-figure retirees.

The numbers, it says, should focus attention on a public employee pension system that is so out of control that its unpaid financial liabilities threaten the economic stability of cities, counties, school and water districts and other public agencies and has already bankrupted once-thriving municipalities.

That’s because the governments and agencies are increasingly forced to divert tax money from other needs to help fund bloated pensions, often for decades after an employee retires, according to Robert Fellner, Research Director for the Las Vegas-based Transparent California.

“The reason this is important is because (the pension system) is taking resources away from other public needs and driving taxes higher. There is a fundamental public interest here; if you pay taxes in any capacity, this affects you,” he said.

Fellner predicted the pension burden will become so great that cities will “impose significant tax hikes while reducing public services just to (keep pace with) their pension debt.”

As proof, he pointed to Vallejo and Stockton, where he said city officials declared bankruptcy because they could not continue to fund unpaid retirement liabilities. In Stockton, the main culprit was the city’s agreement to provide lifetime medical benefits as part of retirement plans. In Vallejo, it specifically was the unpaid pension liability, according to news reports at the time.

And then there is what Fellner called the “extreme example,” the city of Loyalton, where retirees actually lost their pensions.

The Stanford Institute for Economic Policy Research keeps tabs on unfunded pension liabilities, what it calls the “present value of future benefits for current members,” and how that translates into debt per household and per person in each jurisdiction.

Its data show the debt figure in two ways. One is larger, based on recent real market, average rates of return of from 2.8 to 4.8 percent. The other is based on the rate of return that is assumed, according to Fellner, by most pension systems, about 7.5 percent.

So, for example, using those two methods, the institute reports that San Benito County has unfunded pension liabilities of about $330 million and $194 million, respectively.

That means, again with the institute using both methods of calculation, a debt per county household of $10,591 or $2,800, respectively.

Broken down further, it translates into a per county resident debt of $3,137 or $835, depending the method.

According to Fellner, when pension systems use the higher, assumed rate of return, they are inviting the kind of trouble experienced during the recent recession.

One flaw in California’s public employee pension systems is the guarantee of a fixed pension regardless of whether system’s investment portfolio delivers enough revenue to pay the state’s collective annual public pension bill, Fellner said.

Under California law, when the numbers come up short—as happened during the recent recessions—taxpayers pick up the tab, and that’s written into the state’s constitution, according to Fellner.

Another flaw is overly generous systems aided by politicians who want to please unions and will not be running for office when the pension bills come due in 20 years, according to Fellner.

The result is that, overwhelmingly, taxpayers contribute far more to employee pensions than do the employees, Fellner said.

“It’s very common for governments to pick up the whole share,” he said, adding employees contribute “a very small fraction,” to their own retirement accounts.

“But it’s not their fault,” he said. He blames the legislature and pension system boards for allowing the system to get out of hand and for misleading the public about where the money comes from, the size of the average public employee pension, and more.

“Politicians only care about the short term,” Fellner said. “It’s a reflection of a system that by design shifts cost to future generations. The system is perfectly designed for abuse.”

He is referring to CalPERS’ claim that the average pension for a public employee in California is a reasonable $31,500 or thereabouts.

But it’s actually more than double that, about $70,000, Fellner said, if you count only full-career retirees and not those who leave the public sector after less than 10 years but still get pensions.

Pension reforms in recent years have allowed for creation of tiered systems that group employees and allocate pension contributions by employee and taxpayer, based on tenure.

And while that approach can bring down the cost to taxpayers, its effects will not be felt for decades, experts say.

In the meantime, they say, so-called legacy public employees, with years of service and union contracts that demand the larger taxpayer contributions, will continue to strain the ability of public agencies to fund their unpaid pension liabilities.

For data on the unfunded pension liabilities of cities, counties, school districts and others, go to the Stanford Institute for Economic Policy Research’s Pension Tracker.