The San Benito Fire Safe Council was awarded a $25,000 grant from the Monterey Bay Air Resources District to chip storm-related debris that would otherwise be burned. 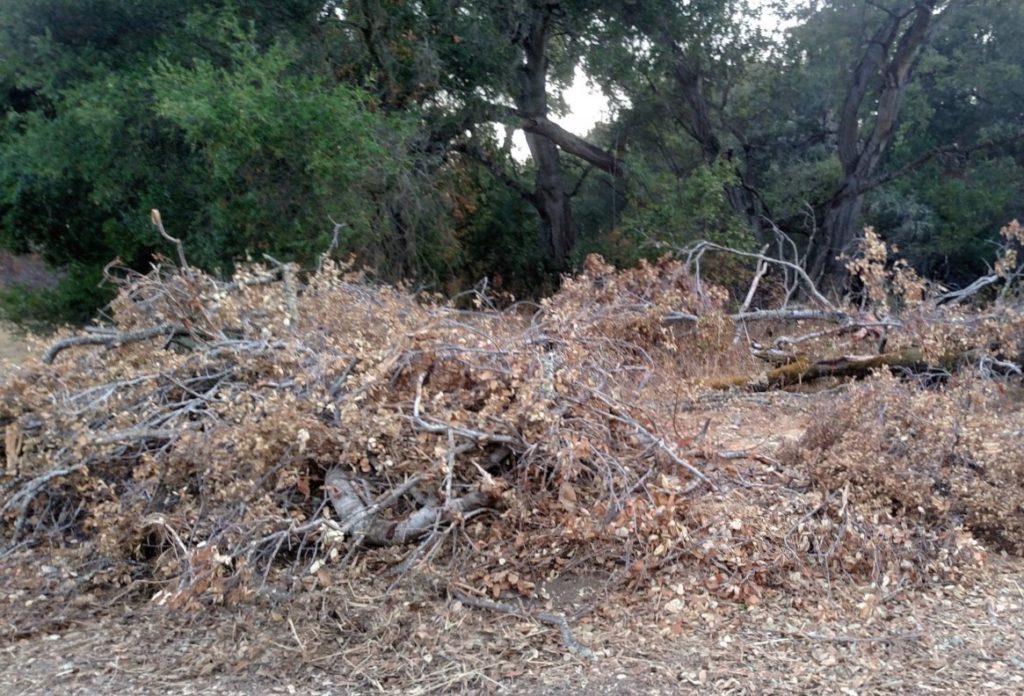 At the beginning of October, San Benito Fire Safe Council (SBFSC) received a $25,000 grant from the Monterey Bay Air Resources District (MBARD) to chip storm-related debris. The purpose of the program is to reduce air pollution caused by burning.

Last winter, the SBFSC completed a two year project with a $117,150 grant from the California Department of Forestry and Fire Protection (CAL FIRE) to conduct four weeks of chipping in early and late summer 2015 and 2016 in San Juan Canyon and to extend the shaded fuel break approximately two and a half miles along San Juan Canyon Road. Soon after the project was completed, heavy wind and rain broke many limbs and trees within the newly-created fuel break and on private property.

The MBARD grant will use Canyon Tree Service to chip the debris that fell during the storms in the shaded fuel break area. They will also chip wood piled by residents.

The Community Foundation for San Benito County is the fiscal sponsor for the SBFSC and will assist with administration of the grant.

The SBFSC began the shaded fuel break on San Juan Canyon Road in spring 2014 with a donation of 800 hours by the California Conservation Corps crew to clear the highest priority segments. Local fire crews provided traffic control and county public works loaned a chipper to the project.

In the fall of 2014, the SBFSC received $96,487 from Pacific Gas and Electric’s Emergency Drought Response – Fuel Reduction Program. The Santa Clara County FireSafe Council provided administrative assistance on this project. Quality Tree Care cleared approximately 14 acres of understory vegetation and wood along two and a half miles of San Juan Canyon Road.

For information, contact the San Benito Fire Safe Council by calling or texting the secretary at 831-224-5059.