Employees evacuated an hour before the incident. 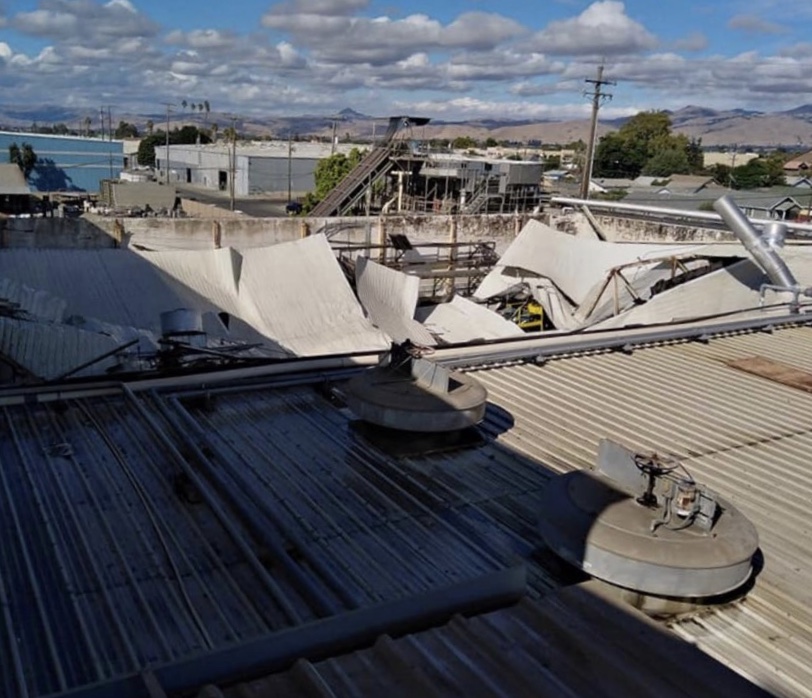 Operations have shut down at the San Benito Foods tomato cannery in Hollister after a partial roof collapse. The collapse happened on Sept. 18, according to Hollister Fire Department Battalion Chief Charlie Bedolla.

City Manager Bill Avera said cannery employees evacuated around 3 p.m. after noticing that part of the roof on a Sally Street building was sagging. The roof collapsed an hour after the evacuation.

Bedolla said many elements could have contributed to the collapse, including a combination of the age of the building, exposure to different temperatures, and seismic shifts. San Benito Foods hired structural engineers to conduct evaluations and start the clean-up process, he said. Evaluations began Sept. 19.

Portions of Sally and East streets are closed near the cannery. Some employees are cleaning the exterior of the buildings and removing tomato can pallets left outside, Bedolla said.

Canning operations have moved to a location in Firebaugh, Avera said. The San Benito Foods cannery, owned by the Neil Jones Food Company, employs around 100 full-time and over 400 seasonal workers.

San Benito Foods could not be reached for comment.