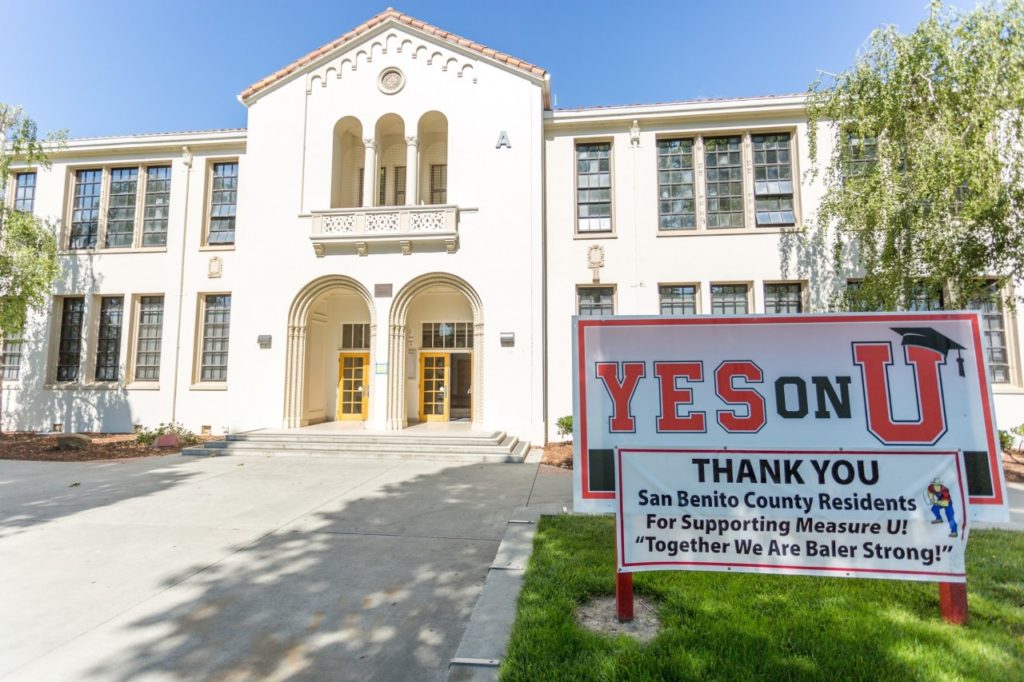 San Benito High School District board members adopted a resolution August 22 indicating their intent to re-draw district boundaries and transition from at-large elections to by-trustee area elections, according to the laws set by the California Voting Rights Act (CVRA).

SBHS attorney William Tunick of Dannis Woliver Kelley (DWK) first addressed the issue at the Feb. 28 meeting after some community members and members of LULAC (League of United Latin American Citizens) said they were in favor of re-districting as they thought the current board members are not representative of the districts, the community or the current student population. Currently, trustees from any area of the county can run for a seat on the board, even if they all live in the same area.

According to Tunick, the resolution indicates the school district's intent to re-draw the boundaries and explains how and when they will do it.

“There’s a couple benefits to this," he said during his presentation Tuesday. "One is it signals to the community, ‘this is the change we’re going to make. Now is the time to talk about the boundaries, if you have input, now is the time to bring it to the board.’ Secondarily, it gives everyone a schedule, an idea of what are going to be the steps moving forward."

Included in the resolution is a tentative timeline that is subject to change. It includes a second pre-map public hearing presentation and discussions with the demographer regarding criteria that is set for the Sept. 12 board meeting followed by a public hearing on the draft trustee area boundary map on Sept. 26. Draft discussions would continue on Oct. 10 with a final map approval set for Oct. 24 under the current schedule.

“What we don’t want to have is a static process. It’s a dynamic process," SBHS Superintendent Shawn Tennenbaum said. "The one thing we don't want to do is come up with boundaries without having enough input from the community."

National Demographics Corporation (NDC) will be working with the board members to re-draw the districts.

During discussion, Trustee Patty Nehme asked if there was a way to have the information more accessible to the community on the front page of the SBHS website. Tunick said the draft maps had to be published seven days before the scheduled board meeting and that his firm will work with the district to get those online.

Trustees also voiced their concerns over a potential lack of candidates.

“That’s one of my bigger concerns, I guess," Board President Steve Delay said. "A couple of years ago, we didn't have anybody. We had two candidates that ran unopposed. And if you look at, historically, where our candidates come from, it’s a certain portion of town. So, we have a certain portion of town that’s not represented — which I'm not saying is not right — but there has been that opportunity and it has not been taken advantage of."

Tunick added, “I’m not sure that is actually happening. I’m trying to think of at least one situation where I've seen that happening, but I know some of your concerns among other districts are, ‘are we going to be able to find candidates in all these trustee areas that actually want to run,” adding that if no one was to run from a particular district the board could appoint someone from that district.

In other board meeting news, Principal Adrian Ramirez honored students who received scores of 3 or higher on three or more Advanced Placement exams.

Board trustee Juan Robledo said of the Baler AP Scholars, “I think academic achievement should be recognized.”

In the Spring of 2017, 96 students received an honor from the College Board for their success on their exams.

Director of Educational Services Elaine Klauer noted that Baler students, for the first time, outperformed both the state and global passing percentage rates. Enrollment in the 18 AP classes offered at SBHS has increased by 331 students from last school year to this year — the largest jump in enrollment in the past five years.

Next steps include continuing to work on increasing student enrollment in AP courses, specifically among male students. The school, Klauer said, will continue to emphasize the importance of taking the AP exam to increase tested rates to 100 percent and will continue to offer financial support to qualifying students.