Responsibility Area Program breaks the unincorporated portions of the county into 19 zones. 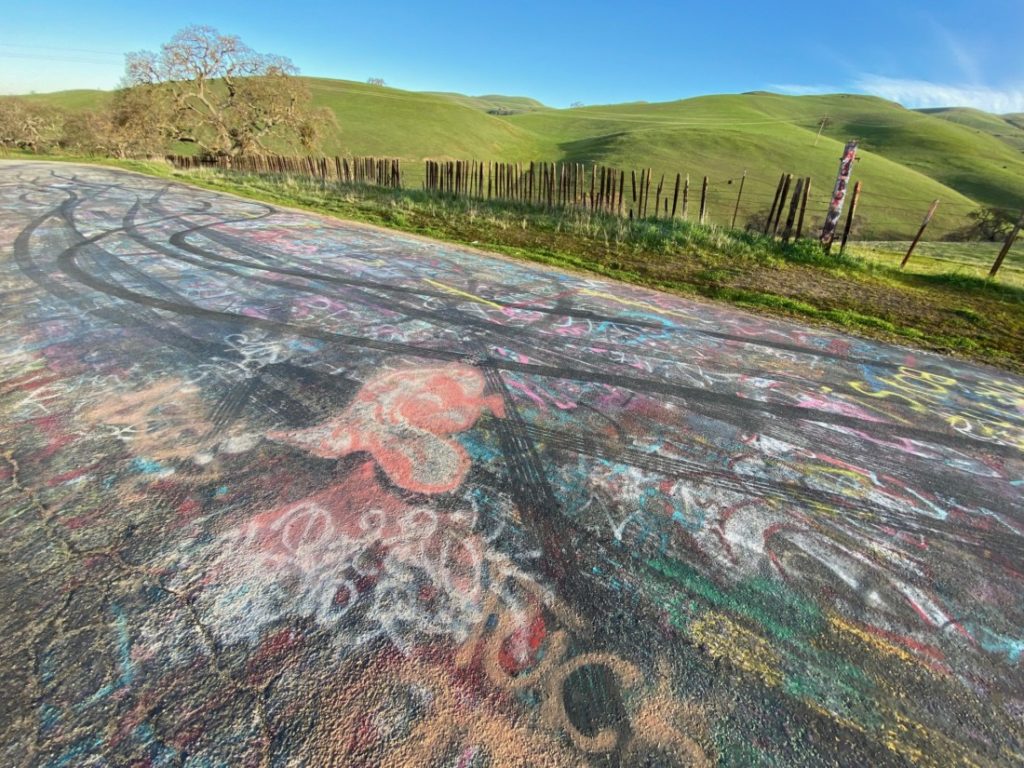 Many rural roads have become party meccas that draw heavy drinking and driving, fire danger and other safety risks. Photo by Leslie David
×

The San Benito County Sheriff’s Office implemented a Responsibility Area Program in November to assist rural residents with issues such as graffiti and trash, which have been ongoing problems on Quien Sabe and Santa Anita roads. Sheriff Eric Taylor said the south county area has been overlooked because of a shortage of deputies.

Dividing the unincorporated portion of the county into 19 areas, the Responsibility Area Program designates one deputy to each area.

Taylor said this enables him to tell his deputies, “It’s now your responsibility to make sure that we are going there and doing area checks, checking with neighbors, taking photographs, and taking reports.”

Taylor said this is a program for community policing; not for patrol. It does not replace the normal work of deputies, and that residents should still call 9-1-1 or dispatch in case of emergency or crime.

The RA deputies will be expected to facilitate resolution of ongoing issues including graffiti and trash dumping, as well as offer school presentations and establish neighborhood watch groups.

The completion of new subdivisions has prompted Taylor to train deputies to deal with city-like neighborhood issues.

“San Benito County deputies have never really had to do neighborhood-level policing, and now we have these large subdivisions going in like Santana Ranch and like Southside,” Taylor said. “I’m telling these guys they’re going to have to really start getting on board with community policing. The deputies are going to deal with parking complaints, party houses and things that you don’t deal with when you’re talking about five- to 10-acre parcels. It’s a different kind of police work.”

San Benito County District 4 Supervisor Bob Tiffany has also seen the issues of graffiti and dumped trash firsthand and said he and Taylor have spoken about these issues.

“I think Sheriff Taylor’s approach to having a particular deputy take responsibility for certain roads and certain areas makes a lot of sense,” Tiffany said, “so I’m all for it. As things go forward, I’m sure I will hear from my constituents, as well about how things are going, and whether it’s making a difference. Hopefully it will.”

Tres Pinos resident Dara Tobias said she has been satisfied with the response from the sheriff’s department.

“I think [the program] will help build a connection with the community,” she said. “South County residents are usually very independent and self-sufficient, that is why they thrive farther away from town.”

Taylor said that San Juan Canyon has also been having issues with trash dumping. The RA deputy assigned to that area may, for instance, need to collaborate with other law enforcement agencies, such as the California Highway Patrol. Talking with neighbors, setting up surveillance, and/or ordering cameras for surveillance will also be part of the job.

“What I expect is for the deputies to each take ownership of a part of the community all the time—not just when they’re working,” Taylor said.

Tobias said many who live outside the city limits may not have regular computer access.

“I think connecting with them by mail and phone is important, in addition to social media and email type outreach,” she added. “They also do not want to feel forgotten by the services that they need and support.”

There are currently 23 deputies on patrol or in investigations in San Benito County’s 1,390 square miles. Taylor would like to eventually create at least 25 responsibility areas. Noting that Ridgemark has a larger population and more square miles than the city of San Juan Bautista, he separated the neighborhood into two areas.

Taylor said he wants RA deputies to build relationships with residents in their responsibility area so that, for example, “in six months or a year down the road, that deputy has such a good connection with that neighborhood that they know who the people are.”

“It’s not just for problems, but it’s also for engagement,” Taylor said. “And I just want people to get to know the person that is responsible for their area.”