Residents urge the City Council not to remove the balcony if it isn’t necessary. 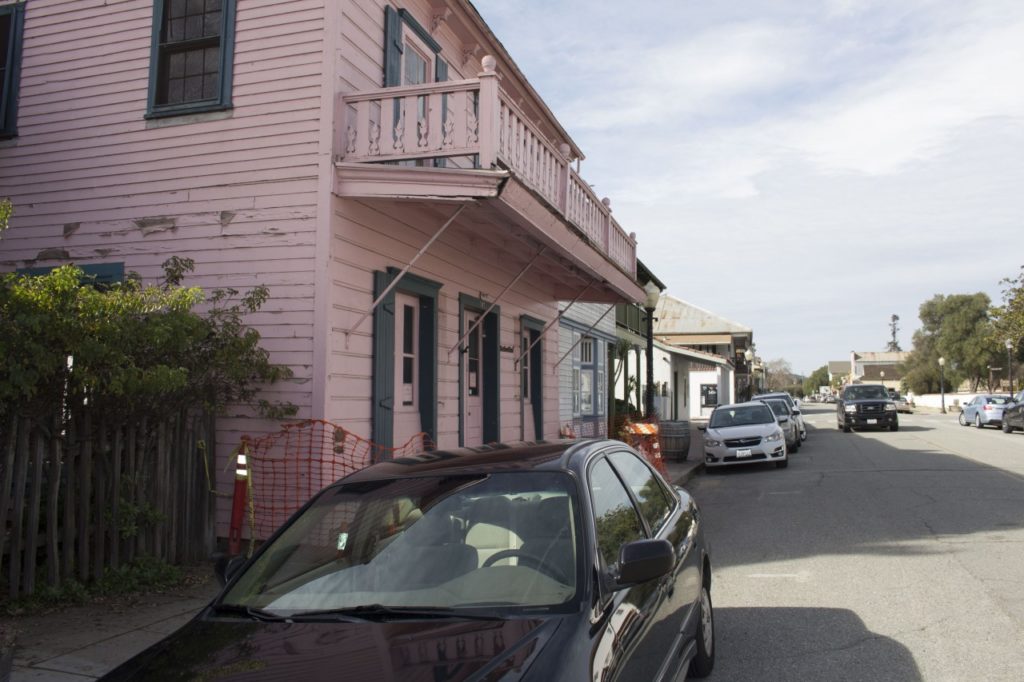 La Casa Rosa on Third Street in San Juan Bautista. The San Juan Bautista City Council voted on April 2 to secure the balcony of the historic building instead of removing it per recommendation from the Historic Resources Board. Photo by Noe Magaña.
×

After weighing options on how to secure the balcony of the historic La Casa Rosa building, the San Juan Bautista City Council decided at an April 2 meeting to add temporary support to the structure to prevent it from collapsing, rather than removing it as suggested by the Historic Resources Board on March 12.

During a special joint meeting with the Historic Resource Board, the council voted 4-0 to pay costs of no more than $6,000 for engineering, construction and staff time toward securing the La Casa Rosa balcony to ensure safe sidewalk access in front of the building. Councilwoman Leslie Jordan was absent. The property owner is expected to refund the city through the building’s property taxes.

Several San Juan Bautista residents voiced their preference for securing the balcony, in order to preserve the historic feature of the building.

“Should we deplete that asset on the main street we would be degrading our own tourist quality in the county,” said Valerie Egland, president of REACH San Benito Parks Foundation.

City building official Greg Johnsen recommended placing four-by-fours next to the building with a two-by-ten header to secure the balcony.

Although Johnsen added that he inspected the second floor and felt the framing was safe, interim City Manager Ed Tewes pointed out that La Casa Rosa will remain red-tagged because it isn’t safe for occupancy. Tewes took over the position after Michaele LaForge resigned earlier this year.

The decision to secure the balcony is the latest in the city’s abatement process for the property located at 107 Third Street in an effort to open the sidewalk in front of the structure, which has been closed since September over safety concerns.

The city declared the La Casa Rosa building, built in 1870, a nuisance at a Jan. 22 meeting after owner Greg Burda told the city he did not intend to repair the building. He purchased the historic building in 2016 and demolished the interior for a planned restaurant and apartment, but work was halted in April 2018 after the city discovered Burda had not obtained building permits to remodel, according to a Dec. 18 engineering report.