photo of City Manager and City Maintenance crew at barbecue 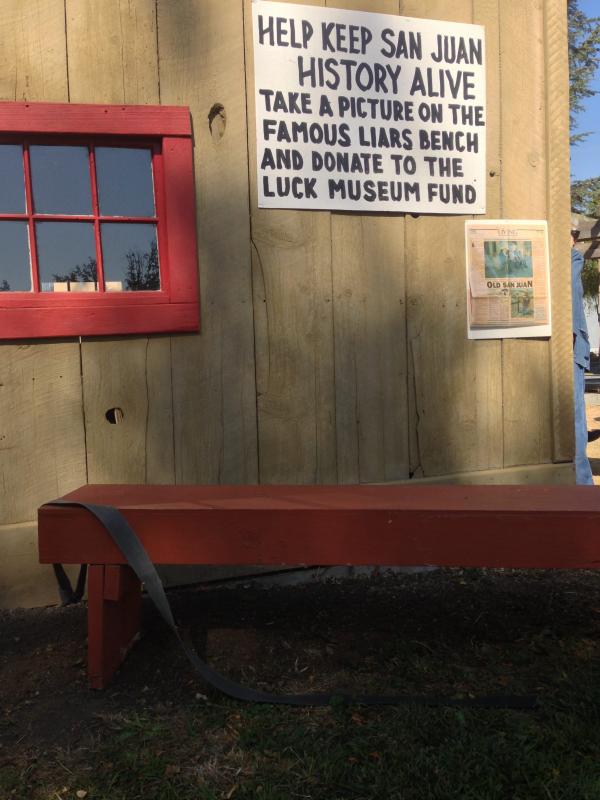 The Historical Society, the Library Auxiliary, and the City of San Juan Bautista joined with several other groups to share their work and to encourage the community to contribute their time and energy and money to support the work of the groups in San Juan working to make the town more effective in meeting the needs of the residents and improving the quality of life. The City has undertaken recent projects painting and landscaping Luck Park, and a sprinkler system connected to the city's reclaimed water system, as well as upgrading the walkways to provide better access.

The City Library continued it's October sale of used paperback and hardback books for $3.00 a bag.  Both organizations owe their existence to San Juan Bautista, City of History, and each is making a financial contribution to the City for accomplishing the much needed improvements.

CIty Manager Roger Grimsley and members of the City Crew donated their services on the barbecue grill and all of the meat and fixings for the sandwiches and hamburgers and sausages. Mr. Grimsley cooked up his famous tri-tip and grilled artichoke hearts. Smiles were in abundance.