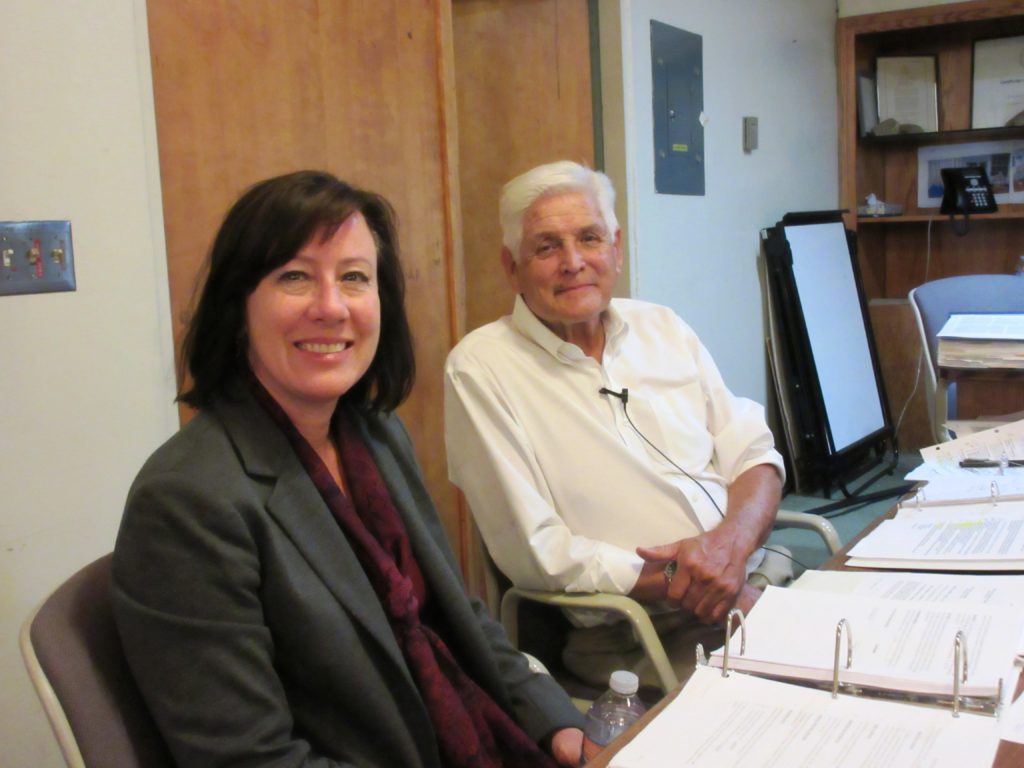 The San Juan Bautista City Council will hold a special meeting on Wednesday, Nov. 4 to reconsider its ordinance banning marijuana dispensaries and to discuss its fire services contract with the City of Hollister.

During the public comment section of the council's most recent meeting, Sharon Bush and Elia Salinas urged the council to reconsider the city’s ordinance banning medical marijuana dispensaries. Local residents who use medical marijuana currently have to travel to other counties throughout the Bay Area or in the Central Valley to get their supply.

Elia said that Gov. Jerry Brown’s signing of two bills “opens up discussions on how medical marijuana is being dispensed in the county and tries to change legislation to allow it.” She argued that if a dispensary opened up in the city, and there were 16,000 patients needing to buy it in the county, the city could see tax revenues exceeding half a million dollars.

She related, “The typical person who uses marijuana is no longer the one with dreadlocks and tattoos getting high in backstreet alleys. Today, marijuana is used by those who suffer from cancer (mostly as relief from nausea brought on the chemotherapy), arthritis (specially the old), epilepsy (kids) and other chronic conditions. My 97-year-old mom uses marijuana for her skin disorder. In two weeks (of application) it was almost gone.”

Bush’s husband, Bill, said that that his wife has severe arthritis. “I never smoked or used marijuana," he said. "It was awful to watch her go through the pain. She was prescribed a regimen of Motrin that could kill. Nothing worked and Sharon’s fingers were deformed. Our son convinced us to try marijuana. It literally stopped the pain. There was no side effect and it was not addictive.”

Bush noted how marijuana is not just smoked anymore, with options such as sprays, edibles and oils.When Sharon rubbed oil (made from cannabis) on her hand, she felt no pain for the first time in four years.”
Elia added, marijuana nowadays is “baked, vaped and taken (as an additive to) candy, butter, spaghetti sauce, balm and lotion," particularly for psoriasis.

Bush told the council that marijuana "should not be controlled by people in the streets … Either we monitor it now or somebody else will.”

City Attorney Deborah Mall clarified that there have been three bills signed by the governor, “mainly to ban medical marijuana dispensaries or ban cannabis cultivation. But if the county allows medical marijuana, the state will qualify and license the cannabis growers.”

Mall said, “Some think that there will be initiatives coming to make recreational use of marijuana legal, most likely in Colorado and maybe in California. But what the city institutes will stay in place after January 1 next year. We can now just allow dispensaries or just charge for the distribution of marijuana. We can also allow only delivery (to those with prescriptions and with permits) in the city.

City Councilman Christopher Martorana commented, “My concern is the people who won’t use it appropriately.” Councilman Tony Boch agreed, saying “There are so many doctors out there who can write a prescription for it for $25.”

Mayor Dane Lund said the council will  review the issue at its upcoming meeting this week.

“It’s about jurisdiction, still like a land use issue," Mall said. "I want to see what other cities will do. If they revise their ordinance, let’s debate about it at the beginning of next year.”

The council will also address its planed three-year fire contract with Hollister at Wednesday's meeting. At the previous council meeting, Hollister Fire Chief Bob Martin Del Campo gave a report on the fire department's recent activity, including responding to calls, the completion of fire academy by 14 people, and a plan to reinstate the 1865 San Juan Bautista Hosers — a group of reserve firefighters.

Del Campo revealed that recruiting efforts are ongoing and trainings are set in the coming months.