A study addresses longstanding concerns about the site’s proximity to San Andreas Fault. 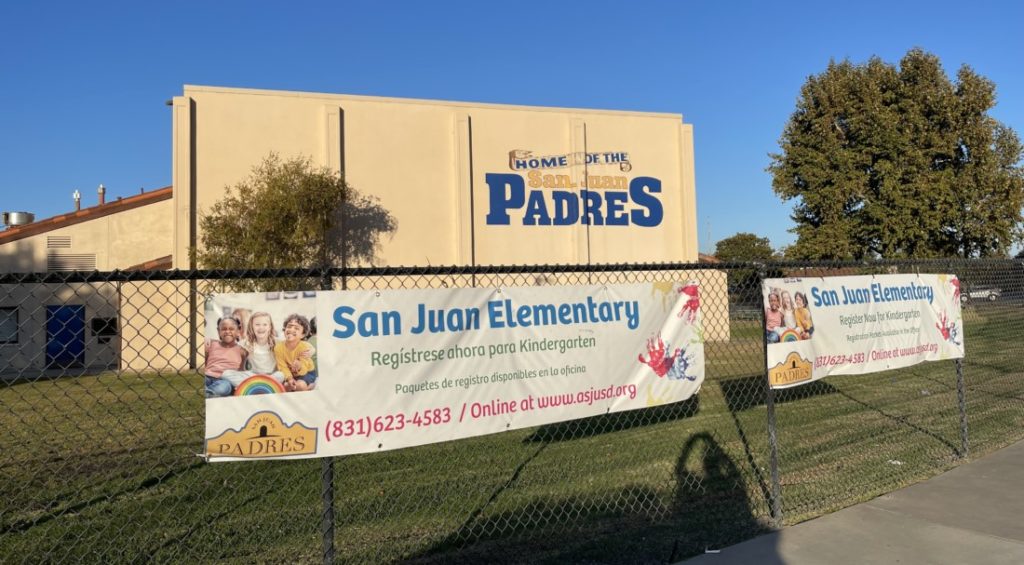 Less than a month since her appointment to the job, Aromas-San Juan Unified School District interim Superintendent Barbara Dill-Varga is already working to resolve one major crisis: insufficient air conditioning in the district’s three schools.

Now, a seismic survey due by the end of November may hand her another challenge, when it reveals whether San Juan Elementary School will have to be extensively modernized and retrofitted or moved entirely because of its proximity to the San Andreas Fault.

“Who builds a school on an earthquake fault?” Dill-Varga asked. “That the school is built on or near the San Andreas Fault is not really a new issue. The real question over the years has been whether we qualify for state funding to address the problems, either through structural repair or having to build a new school.”

The survey was commissioned by the school district, Dill-Varga said.

Basic seismic upgrades and repairs are already being funded by Measure M, a $4.2 million bond measure passed by voters in 2020. Dill-Varga said the district has completed $1 million in repair projects so far, with the balance remaining to be allocated to roof repair, renovation of classrooms and removal of hazardous materials. District-wide air conditioning installation and electrical upgrades have been added to the project list in response to this year’s late summer heat wave.

“We have taken some steps to deal with the heat already,” she said, “including tinting the windows, adding more fans, and we finished the air conditioning at the San Juan gym. But to do some of the things that parents suggested, like buying floor models of air conditioners, is not going to be possible at first because we don’t have the electrical load capacity right now.”

While repairs and improvements can go forward at Anzar High and Aromas Schools, the uncertainty of the seismic report results could delay or halt similar work at San Juan School.

“The question becomes, do you want to spend money right now on San Juan Elementary?” Dill-Varga said. “This seismic study will tell us whether the state will want us to modernize or replace the school. Do you want to spend $1.5 million on improving San Juan when it might be money that is ultimately wasted if the school is torn down and moved?”

Another project that will have to be put on the back burner is the running track that the San Juan Home & School Club has been raising funds to build on the school property. According to mighty cause, an online fundraising website, the club has raised $341,000 as of Oct. 5. The goal is to raise $387,000.

“Until we know whether we are leaving the school where it is at,” she said, “why would we go ahead and build a track we might have to rip up in a year or two?”

In the worst-case scenario, if the state orders the school’s relocation, Dill-Varga said that resources and funding are available to the district.

“If the state tells us we must tear it down, they will pay 40% to 50% of the costs,” she said. “The state has a special bucket of money they use to address this kind of thing. And we already have the approved Measure O bonds, which we can also use.”

Passed by voters in 2020, Measure O, authorized $30.5 million in funding to be used for repairing classrooms and facilities, including wiring, plumbing and roofs, and constructing new classrooms.

In the meantime, Dill-Varga said work will continue at the other schools on projects like the air conditioning and other immediately needed repairs. And she is hoping, if San Juan Elementary has to be moved, that residents of San Juan Bautista will support the planning decisions.

“All I ask is that we merge our visions, once we have some answers,” she said. “And hopefully, we can dream about it together and maximize the property, first for the good of the students and then for the rest of the community.” 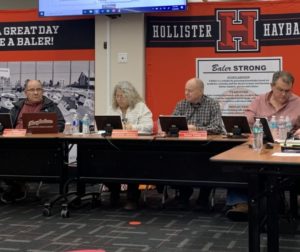 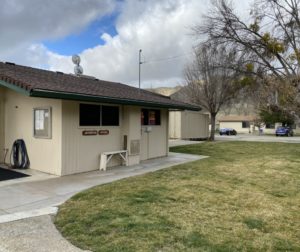 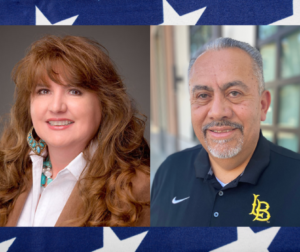 Irma Gonzalez and Jose Martinez-Saldana discuss their qualifications and challenges in education.