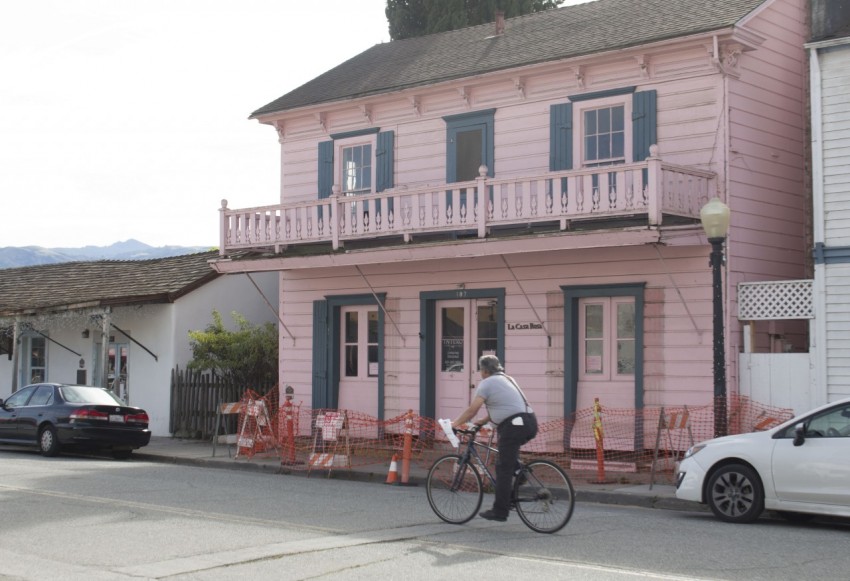 The San Juan Bautista City Council took final steps in the La Casa Rosa abatement process during the Feb. 25 special meeting. The abatement decision passed with no objections, as the owner of the historic building wasn’t present.

Owner Greg Burda informed the city on Jan. 4 via email that he did not intend to temporarily fix the balcony as the city had proposed in order to safely reopen the sidewalk by La Casa Rosa at 107 Third Street. The city closed part of the sidewalk in September after receiving a safety complaint.

“Unfortunately, given the timing associated with the request, the logistics of living out of state and the significant loss already incurred on the property, I will be unable to perform the suggested temporary installations as noted in the engineers report,” Burda wrote, according to the agenda packet.

The City Council declared the historic La Casa Rosa building a nuisance at a Jan. 22 special meeting, where City Attorney Deborah Mall said the action allowed the city to repair the balcony after holding a public hearing and placing a lien on the property.

Burda’s email to the city also stated he was waiting on the bank’s approval for a short sale, for which he had three potential offers.

During the meeting, the council continued discussion from a Jan. 22 closed session item regarding what legal action to take in response to Burda’s partial deconstruction of the building without permits.

City Planner Todd Kennedy said State Senator Anna Caballero advised the city to “go after the most severe of all the options,” during a Feb. 21 meeting in Salinas with Mayor Cesar Flores, Vice Mayor Mary Edge and himself. He said the purpose of the meeting was to ask Caballero if there were state grants or programs San Juan Bautista could apply for, to use toward repairing the historical building during the abatement process, and to discuss the legal options against Burda.

At the Feb. 25 San Juan Bautista City Council meeting, Mall recommended the council take action now, although she was not sure whether the property was in foreclosure, as Flores had stated earlier in the meeting.

Nonetheless, Mall said it was important not to wait to find out if the property was in foreclosure, because it could give Burda enough time to evade responsibility. But before the city can take action against Burda, Mall said the city needs to cite the property.

Said Councilman Dan De Vries: “I advocated strongly to go as far as we could, particularly with attaining a type of civil judgment that could be reported quickly because my assumption is that with these owners’ numerous creditors are getting in line. If that’s true, then your place in the line matters.”