The June 14 study session will address issues such as proposed bans, security issues and more 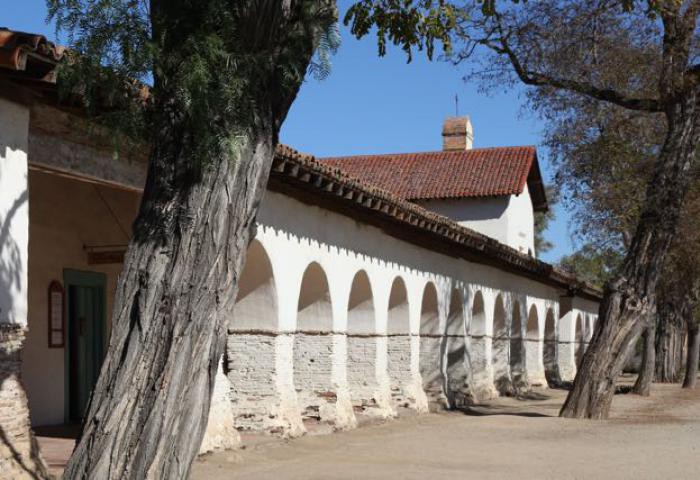 Councilman Dan DeVries suggested the special meeting, saying, “In my mind, the broad topic is cannabis. Underneath the word 'cannabis' you can have medicinal, recreational, artisanal;  you know, all these different types of cannabis. But I think that we as a city need to get in front of this … We could talk more about a recreational ban, which the city attorney was proposing in her memo, opportunities to do medicinal, talk about security more in depth. All these issues I think warrant a far greater longer conversation than we are able to give it tonight.”

Mayor Chris Martorana said, “I think that’s the motivation. We clearly need to understand the complexities of the issue in much greater detail before we move forward."

Mandisa Snodey, a patient advocate and educator, made a presentation to the council about the medical cannabis regulation and safety measures. The San Juan Bautista resident said, “There is basically an opportunity for the city to benefit, adjusting the current ordinance to allow businesses in the city limits to be able to create a development agreement, receive tax money, create jobs and provide safe access for patients. There’s more benefits than downsides at this point in time.”

Security was a top concern among the council during the discussion.

“The biggest concern that was raised when medical cannabis, the ban, was instituted here was security and the fact that we do not have a police department," Martorana said. "We contract with the county for police (sheriff's office) services and that we don’t have very much control over their activities."

Sean Donahoe, a regulatory specialist for the marijuana industry, addressed Martorana’s concern by saying “there is a reduction in crime in the surrounding area of a dispensary. You bring in security cameras, you bring in staff, you unify a neighborhood, it leads to a reduction of crime.”

Snodey added that onsite security was required for a dispensary location and in some cases becomes part of the vetting process about whether it is approved for opening.

San Juan Bautista resident and security expert John Hopper, who has recently done security work for the cannabis industry said, “You’re going to have security like you never even imagined.” He cited a proposal he did in which “the security for that facility is better than any Bank of America, any Wells Fargo or any Facebook data center or any Apple data center that I’ve worked on, just based on requirements.”

"The ordinance dictates what the applicant must do," he continued. "You should be much more concerned about people breaking into other businesses here and stealing stuff than a marijuana dispensary because they will have the best security in this town."

Councilman Jim West also had concerns about whether the town could support a business like this, saying, “We are not capable of the security. A city like Hollister, yeah they can do it, San Jose, they can do it. We don’t have it. You heard our discussion here before. I mean, we are a small town, very limited budget, very little resources. While I think your program is great and I’m glad that it’s there, I voted for it, I don’t think we can handle it,” he said.

City Attorney Deborah Mall first presented the idea of a ban on recreational cannabis at the council meeting in March. She suggested the council create an ordinance that would temporarily ban the sell of recreational marijuana to allow the council time to decide where it stood on the issue.

She also suggested that the meeting be held in coordination with the Planning Commission as she determined the item a land use issue as well.

Approved by voters in November, Prop. 64, sets statewide regulations on the sale and cultivation of marijuana for commercial and personal use. It also allows cities to exert local control over non-medical marijuana commercial activities, including banning sales.

Parts of Prop 64. went into effect immediately, including recreational use for those who are over 21 years old. However, the commercial sales will not be legal until 2018.

In other council news, Councilman John Freeman and Martorana gave a summary of their ad hoc committee meeting held on Friday at Vertigo Coffee Roasters, where, along with members of the public, they identified qualities they are looking for when selecting a city manager.

Some of those qualities are clear and  open communication, fiscal responsibility,  historical restoration, financial responsibility, financial literacy, and personal management. The search for a new city manager will take place as current City Manager Roger Grimsley has announced his intent to leave the position.

The city council accepted the resignation of city clerk Connie Schobert, who was elected along with councilmen Freeman and DeVries in November 2016.

Staff will accept, review and bring applications for city council members to consider and appoint a new clerk. The applicant must be a San Juan Bautista resident.

Laura Romero is a general assignment reporter for BenitoLink, covering topics like education and city government. Formerly, she worked as an assistant account executive at Pembroke PR in San Francisco, where she assisted with press outreach, event coordination, and social media planning. Her PR skills will be put to use as she helps implement social media strategies and develops an online giving campaign.