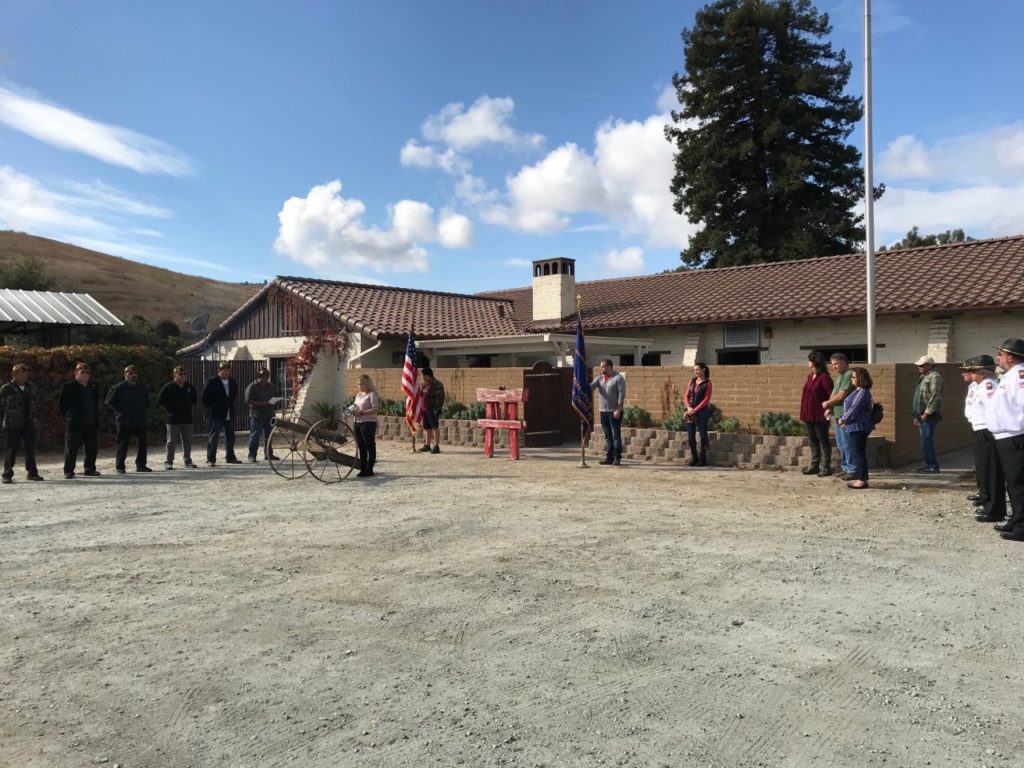 A twitching finger from his near lifeless body saved Army Corporal Rodolfo P. Hernandez from being counted among America’s dead in the Korean War, a conflict that claimed the lives of nearly 37,000 U.S. servicemen. In a White House ceremony in April 1952, then President Harry S. Truman placed the Congressional Medal of Honor around Hernandez’s neck, recognizing the battle-scarred soldier’s heroic actions the previous May.

San Juan resident and VFW member, Eric Ortiz, organized the morning event, explaining that a picture of a military dressed individual had recently surfaced in the post’s upstairs, office space. A partially visible name tag worn by the decorated soldier initially made his identity unknown.

Eager to find who the gentleman in the photo was, Ortiz and his fellow post members did some investigative work.

After examining the war ribbons on his uniform and regimental patch on his left sleeve, it was determined that the soldier had served in Korea and had been a member of the 187th Airborne Regimental Combat Team.

With crucial pieces of puzzle in place, Ortiz then conducted an online search of the Congressional Medal of Honor (CMH) website. There, he discovered that the soldier who was starring back at him in the 8-by-10-inch, color photo was Cpl. Rodolfo P. Hernandez, a native of Fowler, Ca.

Though Hernandez was never a member of the San Juan VFW, Ortiz felt that the post needed to honor him.

“I said, ‘We have to have something for this guy,” Ortiz recalled telling his fellow post members.

According to his CMH citation, Hernandez valiantly defended a hilltop against an advancing enemy on May 31, 1951.

At some point in the firefight, a wounded Hernandez left his position and “rushed the enemy armed only with rifle and bayonet. Fearlessly engaging the foe, he killed 6 of the enemy before falling unconscious from grenade, bayonet, and bullet wounds but his heroic action momentarily halted the enemy advance and enabled his unit to counterattack and retake the lost ground,” according to the CMH website.

The annual Rakkasan gatherings occurred over Memorial Day Weekend, recalled Freels, who was a boy when he saw paratroopers landing in VFW’s parking lot.

“It was a big party. These were hard charging men,” said Freels, a longtime San Juan resident.

Ortiz, a history major at California State Monterey Bay, believes that Hernandez attended at least one of these reunions, perhaps leaving behind his photo.

Before posing with his fellow post members behind and flanking a weathered, handcrafted wooden Rakkassan sign that has been on the VFW’s premises for years, Ortiz reflected on the day.

“We need to remember and honor our heroes,” he said.